Slightly over one-fourth of the surveyed cohort who were concerned about Alzheimer disease reported “some” or a “fair amount” of knowledge of aducanumab (Aduhelm; Biogen). 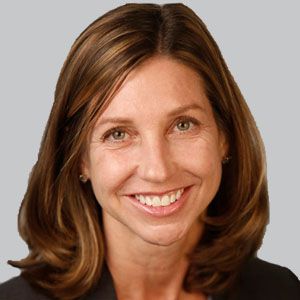 Immediately following the 2021 approval of aducanumab (Aduhelm; Biogen), a survey of over 1000 older individuals indicated a low broad understanding of the medication, with little enthusiasm to try it as well. The results suggested a need for information sharing and processes for guiding decision-making of potential patients and their prescribing partners.1

A total of 1035 individuals from the Understanding America Study (UAS) were self-assessed between July 15 and Aug 11, 2021, on their knowledge about aducanumab, which, a month prior to the former date, became the first new drug approved for Alzheimer disease (AD) since 2003. The analysis included individuals aged at least 55 years who filled out responses to 6 questions about the drug. Using logit regression models, the investigators estimated associations of respondent sex, age, self-reported race and ethnicity, and education with 2 outcomes: odds of seeking cognitive screening after drug approval, and demand for aducanumab if diagnosed with AD.

Led by Julie Zissimopoulos, PhD, associate professor, Schaeffer Center for Health Policy and Economics, University of Southern California, the survey also collected data on race, which historically, plays a factor in the overall AD risk for an individual. Of the respondents, 67 were African American (6.5%), 21 Asian American (2.0%), 7 Native American or Alaska Native (0.7%), 2 Native Hawaiian or other Pacific Islander (0.2%), 865 non-Hispanic White (83.6%), and 37 individuals identifying as 2 or more races (3.6%).

In total, 84.8% of respondents claimed they were concerned about AD; however, only 26.8% of the same group reported “some” or a “fair amount” of knowledge of aducanumab. The number of correct responses to 6 true or false questions about efficacy, patient population, administration procedure, adverse effects, costs, and FDA expert panel endorsement was 0 at the median, 1 at the 75th percentile, and 3 at the 90th percentile.

In a related editorial, Todd P. Selma, MS, PharmD, wrote "the survey generates more questions than whether or what efforts are needed to increase the public’s knowledge about aducanumab. The survey findings suggest that there are self-reported knowledge deficits among middle age and older adults about aducanumab and perhaps Alzheimer disease. Does this signify an even greater knowledge gap? If so, how can a society mobilize to fight a devastating, costly disease with such a knowledge gap? Does the finding that with age fewer individuals would elect to take aducanumab reflect recognition of an already-increased burden of illness when coupled with chronic conditions too often experienced by older adults?"2

In total, 43.8% of the entire cohort agreed that aducanumab would provide societal benefit. Approximately half of the respondents were concerned about the cost to individuals (48.9%) and Medicare (45.0%), which has been an issue previously raised. At the time of approval, the drug’s yearly cost was set to $56,000 annually, which was deemed far above what estimates anticipated by analysts. In July 2021, a report from the Institute for Clinical and Economic Review suggested that the agent would be cost-effective at a price between $2500 and $8300 per patient per year. Months later, Biogen announced it had reduced the current cost to $28,200 yearly for the maintenance dose (10 mg/kg) for individuals of an average weight, a drop in price of 50.3%.3

Nearly two-thirds (60.4%) of the 977 respondents who saw and answered the question were uncertain whether aducanumab would increase their odds of seeking cognitive impairment screening. In the same subgroup, investigators found that non-Hispanic Whites were less likely to increase their chance of screening compared with other individuals from other racial and ethnic groups (odds ratio [OR], 0.62 [95% CI, 0.42-0.90]; P = .01).1

"As new patients are diagnosed and after the Centers for Medicare & Medicaid Services makes its decision on coverage, patients and families are likely to ask clinicians if aducanumab is a course of treatment for them," Selma added,2 noting that those caring for patients with Alzheimer disease should prepare to educate their patients and answer questions by ensuring they have the following:

Aducanumab’s approval in June 2021 brought with it both excitement and skepticism. The medication was approved under the accelerated approval pathway, which will require Biogen to conduct post-approval phase 4 studies to confirm the benefit of the drug. In the late-stage development program of aducanumab, which consisted of 2 trials, 1 met its primary end point and 1 did not. However, the FDA noted that in all the studies that the drug was evaluated, the data suggested aducanumab “consistently and very convincingly” reduced amyloid plaques in both a dose- and time-dependent fashion.4