Almost 40% of the studies assess did not report racial or ethnic subgroup data. Geographically, there was a slight increase in the number of South American-based phase 3 DMT trials and almost little-to-no improvement in the phase 3 DMT studies based in Africa. 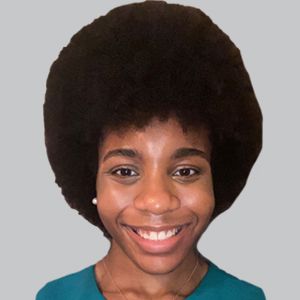 Despite the documented differences in disease course and outcomes between White people with multiple sclerosis (PWMS) and Black and Hispanic PWMS, a systematic review of phase 3 trials for FDA-approved disease-modifying therapies (DMTs) showed that data specific to these groups were heavily underreported in these settings. When data was available for race or ethnicity, non-White PWMS were significantly underrepresented.

Led by Helen Onuorah, research associate, The University of Texas at Austin, the study aimed to evaluate representation of non-White groups in phase 3 trials by combing through PubMed’s database from 1995 to June 2020. A total of 44 phase 3 trial publications, representing 45 trials that were pivotal in the clinical pathway of a chosen FDA-approved DMT, were reviewed.

Of the studies identified, 37.8% (n = 17) did not report data related to race or ethnicity and 31.1% (n = 14) only reported race and ethnicity as a percentage of White participants only. Furthermore, only 31.1% (n = 14) reported the racial and ethnic breakdown of its participants using 2 or more races. Investigators also found that none of the patient- or healthcare professional (HCP)-facing websites reported information on race and ethnic representation in their pivotal trial results sections.

"Based on the findings of this systematic review, MS researchers, DMT manufacturers, sponsors, and publishers need to set better standards for racial and ethnic representation and reporting in trials publications, which should consider a global rather than US-centric understanding of self-identity,” Onuorah et al concluded. “Efforts should be focused on tearing down barriers to research participation in underrepresented groups by improving structural challenges encountered by these patients, increasing health literacy, and eradicating racial bias in research."

Among studies that did have information on race and ethnicity, the median percentage of White participants was 93.8% (range, 78.5-99.6), 1.9% for Black participants (range, 0.1-8.1), and 0.5% for Asian participants (range, 0.1-14.5). Not enough data were available to report on other racial groups as they were often reported only as “other.” The representation of non-White PWMS was also compared with multinational census data. In that analysis, the percentage of non-White PWMS included in phase 3 trials (mean, 7.8%; n = 28 trials) was found to be significantly lower than the percentage of non-White people in other comparing countries (mean, 54.8%; n = 5 countries).

Excluding Ireland, all the countries included in the multinational census analysis had a higher representation of Black PWMS in their populations compared with those in phase 3 DMT trials. Ireland’s latest census data indicated a Black population of 1.4%, which fell below the 1.9% median Black representation observed in trials.

"We encourage sponsors to partner with clinical trial sites that have pre-existing relationships with a diverse group of MS patients and a track record of diverse enrollment, and to invest in building capacity in emerging countries, particularly those in Africa, to conduct clinical trials that are truly representative of our global population," the study authors wrote. "Finally, we believe that we need greater transparency in reporting of enrollment numbers and demographics at the trial site level to promote a culture of accountability in the MS research community."

A separate analysis evaluated whether geographic representation had improved over time, using 3 time periods: 1995 to 2000, 2001 to 2010, and 2011 to 2020. Prior to 2000, DMT trials were primarily conducted in the US, Canada, and Western Europe, and 1 in Australia. Between 2001 and 2010, trials were still conducted in these respective countries, but with additional studies in Russia and most notably, South America. From 2010 to 2020, there was a higher number of trials conducted in the US and Western Europe, with continued trend towards more South American-based trials. Despite the steady rise to include non-Western countries and recent inclusion of trial sites in 2 African countries (South Africa and Tunisia), most of Africa and Asia remained largely excluded from MS trials.

Underreporting of racial and ethnic representation in trials may further impact the delivery of personalized care, the study authors noted. This may lead to confusion about whether a specific medication was tested in a diverse participant pool despite statements such as “this medication was studied in people like you,” found on some DMT websites. "Our study underscores the importance of complete and effective dissemination of research findings to support informed decision-making by patients and their providers," Freeman et al wrote.

At the 2021 Annual Meeting of the Consortium of Multiple Sclerosis Centers (CMSC), October 25-28, NeurologyLive spoke with Mitzi Joi Williams, MD, board certified neurology and multiple sclerosis specialist, and founder and CEO, Joi Life Wellness Group Multiple Sclerosis Center, about the CHIMES trial (NCT04377555), which seeks to address and better understand the underrepresentation of minority populations in MS clinical trials. It is set to include approximately 150 self-identified Black or African American and Hispanic/Latino patients with relapsing MS who are receiving treatment with ocrelizumab (Ocrevus; Genentech).

"We were very intentional about the way that we developed the trial. The steering committee included researchers of diverse backgrounds, but in our planning of the protocol, we also included patients, we included advocacy organizations, and we included input from Accelerated Care Project [for Multiple Sclerosis], which is a patient driven research organization,” Williams told NeurologyLive® "We tried to be very inclusive in the way that we developed the design of the trial."