Adding to a flurry of pipeline movement since July, 2 more rare disease agents&mdash;VTA-110 for DMD and arimoclomol for NPC&mdash;have made positive steps in their clinical development recently. 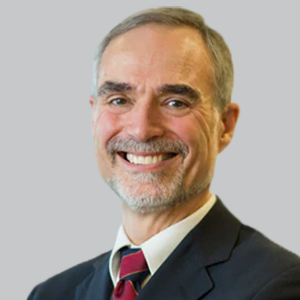 In the last 2 weeks, some progress has been made for rare neurologic diseases, with recent FDA action offering promise to patients with Duchenne muscular dystrophy (DMD) and Niemann-Pick disease Type C (NPC).

First, Orphazyme A/S announced it had completed a rolling submission of its new drug application (NDA) to the agency for its investigational therapy arimoclomol for NPC, followed a few days later by Vita Therapeutics’ novel regenerative agent for DMD, VTA-110, receiving an orphan drug designation.1,2

Arimoclomol’s rolling NDA submission follow its receipt of both breakthrough therapy and fast track designations, and will allow Orphazyme to submit data to the application as its analysis is completed. Kim Stratton, the company’s CEO, noted that if it receives approval, the orally or nasogastrically administered Heat-Shock Protein (HSP) production amplifying agent would become the first treatment for NPC. Thus far, it has been studied in 7 phase 1 studies, 4 phase 2 trials, and a single pivotal phase 2/3 trial.1

“Data from the randomized, controlled, clinical trial of arimoclomol for NPC support the positive effect of this agent in stabilizing neurologic progression of the disease, specifically in subgroups of patients over 4 years of age, and in those also taking miglustat,” said Marc Patterson, MD, professor of neurology, pediatrics, and medical genetics, Mayo Clinic Children’s Center, in a statement. “The data show clear evidence of target engagement, specifically an elevation of Heat-Shock Protein levels, with encouraging changes in biomarkers of excess lipid storage. These data support the role of enhanced HSP 70 expression in NPC and may have applications in other lysosomal disorders.”

National Niemann-Pick Disease Foundation Board Chair Justin Hopkin, MD, called the need for agents in NPC an “urgent” matter in a statement, and extended thanks and congratulations on behalf of the organization and community in light of the announcement.

Meanwhile, Vita Therapeutics’ VTA-110, an allogenic induced pluripotent stem cell (iPSC)-based therapy, has shown an ability to repair and regenerate healthy muscle in preclinical studies, encouraging the company to advance the agent towards clinical trials in patients with DMD. It was exclusively licensed from technology originally invented at Johns Hopkins University and the Kennedy Krieger Institute in the labs of Kathryn Wagner, MD, PhD, and Gabsang Lee, PhD.2

“We are very pleased the FDA granted orphan drug designation for VTA-110. This represents an important step in the right direction for developing innovative treatments for patients with an incredibly high unmet medical need,” said Douglas Falk, MS, chief executive officer, Vita Therapeutics, in a statement. “We believe VTA-110 has the potential to be a long-term disease-modifying treatment for patients living with DMD and other types of muscular dystrophy."

The news of these 2 investigational treatments follows a flurry of advances for the rare neurologic disease pipeline in the last month, as a number of additional agents for other conditions such as amyotrophic lateral sclerosis (ALS) and spinal muscular atrophy (SMA) have reported positive news.

Just yesterday, the FDA approved the investigational agent risidiplam (Evrysdi; Roche/Genentech) for the treatment of SMA, indicated for at-home oral administration of a liquid formulation in patients over the aged 2 months and older. The agency’s decision was made based on the findings of 2 clinical trials in risdiplam’s development, the FIREFISH (NCT02913482) and SUNFISH (NCT02908685) studies, both of which demonstrated the efficacy of the survival motor neuron 2 (SMN2)-directed RNA splicing modifier in this patient population. Risdiplam-treated patients achieved key motor milestones, such as the ability to sit without support, and experienced preserved vital function and improved survival without the need for permanent ventilation.3