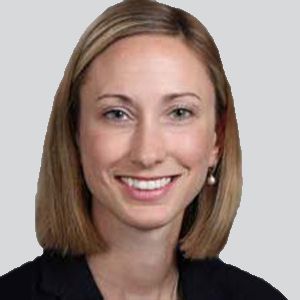 Using data on patients with spinal muscular atrophy (SMA) identified in the Optum de-identified electronic health records (EHR) database and claims databases, real-world data showed that a high adherence to treatment with nusinersen (Spinraza; Biogen), with most doses received on time and consistent with the recommended schedule.

In 2016, nusinersen became the first approved therapy to treat SMA, given in 3 loading doses at 14-day intervals, followed by a fourth loading dose 30 days later and maintenance doses every 4 months thereafter. To better understand real-world adherence to the therapy, investigators collected data on 67 patients from the EHR database and 291 patients from the Merative MarketScan Research Databases, formerly owned by IBM, for commercial insurance claims and Medicaid claims.

Study investigator Crystal Proud, MD, pediatric neurologist, Children’s Hospital of The King’s Daughters, and colleagues excluded those who received any of the first 4 recorded doses in the databases with an interdose interval of 120 days or greater. No exclusions were made based on the total duration of the loading dose phases, nor on the total number of doses received. Patients were followed from the data of the first recorded nusinersen dose (baseline) until the end of the active patient time in the databases (HER), continuous enrollment (claims), or the end of the study period (all databases), whichever was sooner.

Investigators found slightly differing findings between the 2 cohorts. In the analysis of the EHR database, the percentage of nusinersen doses received on time was similar between the loading (92.6%) and maintenance (95.5%) doses. In contrast, adherence was substantially higher during the maintenance phase (90.6%) than during the loading phase (71.1%) in the analysis of the claims databases. These findings remained similar when patients without 6-month prior enrollment were additionally excluded in the sensitivity analysis for the claims database cohort.

"The different findings in the claims analyses suggest that, despite the methodology employed in this study, not all loading doses of nusinersen may be accurately captured in the claims databases," Proud et al wrote.1 "Identifying incident users in administrative claims databases has challenges. As patients may enter the database at any time during the course of their treatment, the first four doses recorded in these databases may not always be the first four loading doses."

READ MORE: Advances in Myositis and Lingering Unmet Needs Ahead of MDA 2023

There were several limitations and strengths to the analysis. Despite the rigorous study inclusion criteria, the different patterns of loading dose adherence suggested that patients may still likely have inaccurate information on the date of nusinersen initiation. Additionally, in both EHR and claims databases, the reasons for nonadherence such as clinical, logistical, or administrative factors, were unknown. The study also did not factor in the COVID-19 pandemic, which may have had an impact on adherence, as well as discontinuation, which was not examined because of the limitations to real-world administrative databases.

In terms of strengths, the study utilized comprehensive real-world data in the United States that included both broad and generalizable patients with SMA. Both databases also had consistent analytic methods applied to identify incident users of nusinersen. Lastly, the measures of adherence were based on the recommended taxonomy for adherence and were suitable for nusinersen and its unique dosing intervals.