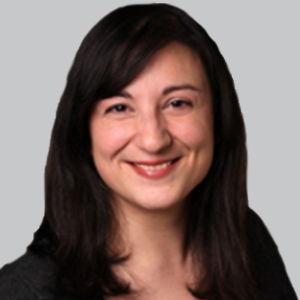 Findings from a recent case-control study of more than 3000 patients with functional seizures suggest that there is an association with cerebrovascular disease, including stroke—a novel link between the conditions.1

First author Slavina Goleva, graduate student, Molecular Physiology and Biophysics, Vanderbilt University Medical Center (VUMC), noted in a statement that roughly 80% of patients experiencing functional seizures are initially misdiagnosed with epilepsy and treated with anti-epileptic drugs. This diagnostic delay can last, on average, 7 years.2 An estimated 17% to 22% of patients with functional seizures do have concurrent epilepsy.

The effort was by Lea Davis, PhD, associate professor of medicine, and investigator, Vanderbilt Genetics Institute. "The story gave the patient perspective on these seizures—the stigma that patients felt and the difficulties they experienced in the medical system. I felt like studies within electronic health records could potentially be really impactful for this community," Davis said in a statement, referring to an NPR story on these seizures that inspired her to commit to this work.

"We initially recognized that finding these patients within the EHR would be a challenge because the ICD [International Classification of Diseases] codes are not as specific as they are for a lot of diseases," Goleva said. In addition to ICD codes, the researchers included Current Procedural Terminology (CPT) codes and used natural language processing to search within the records for a list of keywords.

"If there is a suspicion that someone presenting with seizures could have functional seizures rather than epileptic seizures, it's critical to refer those patients to an epilepsy monitoring unit for accurate diagnosis and appropriate treatment," coauthor Kevin Haas, MD, PhD, associate professor of Neurology, VUMC, said in a statement. "Historically, even once diagnosed, care of these patients has often fallen through the cracks between neurology and psychiatry, but we are now actively developing a more integrated approach to care for this patient population."