In comparison to nonresponders, those in the active treatment group who did respond well exhibited longer disease duration and lower baseline levodopa equivalent dose. 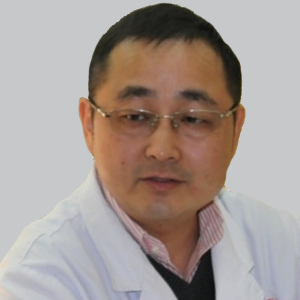 "To be noted, as an adjunctive therapeutic strategy, current rTMS study was aimed to alleviate EDS in PD but not to completely remove or cure the symptoms,” senior investigator Chun-Feng Liu, MD, PhD, director, Soochow University, and colleagues, wrote. “Further studies with large sample size, refined stimulation mode (stimulation site or session) and detailed evaluation endpoint are needed to confirm and better display the results of rTMS effect."

To date, only 2 studies had reported on the improvement of EDS with high frequency rTMS over DLPFC in patients with narcolepsy, while its effects in PD population remained unknown. Previous research conducted by Liu et al had suggested that low frequency rTMS over right DLPFC benefited general sleep quality of PD. Considering that DLPFC is involved in functions of regulating emotion, execution, as well as sleep, investigators hypothesized that the pathological change of DLPFC in patients with PD may be related to nonmotor symptoms such as depression, cognitive deficits, and sleep disturbance.

Turning Back the Clock: Pediatric Sleep Disorders and the Start of School

The transition period between summer and school represents a key time for children and adolescents to focus on sleep, correct poor sleep habits, and set themselves up for long-term success, both academically and physically.

Aside from Unified Parkinson Disease Rating Scale (UPDRS) total score and UPDRS-III, the therapeutic effects from rTMS lasted for 1 month. In a correction analysis, the percentage of change of ESS score in the active group was positively related to the baseline duration of disease (first follow-up, r = .788; second follow-up, r = .571; P <.05 for both).