Two-year data from the SUNFISH study were presented at the MDA 2021 Clinical and Scientific Conference. 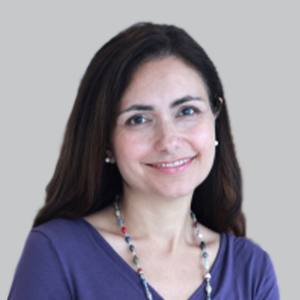 Data from the trial suggest that patients treated with risdiplam experienced sustained or improved motor function after 24 months of treatment. Improvements were also reported in ability to function independently and complete daily tasks.

"We're encouraged by the long-term results from the SUNFISH trial, which reinforce the sustained clinical benefit that Evrysdi offers to a very broad population of patients with SMA, many of whom experience difficulty performing daily functions," said Stuart W. Peltz, PhD, chief executive officer, PTC Therapeutics, in a statement. "These data further support the strong US launch and the need for an at home oral treatment option for the SMA community."

“Risdiplam is a centrally and peripherally distributed oral SMN2 pre-messenger RNA splicing modifier. It increases levels of functional SMN protein that are needed. It has been approved by the FDA under the trade name of Evrysdi in adults as well as children over 2 months of age with spinal muscular atrophy. I believe that lower age cutoff was chosen as the youngest patient enrolled in FIREFISH [NCT02913482],” Oskoui said in her presentation.

Which risdiplam ongoing study results are you most looking forward to?

Oskoui and colleagues analyzed data from a total of 180 patients, 120 treated with risdiplam and 60 treated with placebo for the first 12 months and then risdiplam until month 24. At Month 24, patients were offered the opportunity to enter the open-label extension phase. The mean age at symptom onset was 15.5 months (standard deviation [SD], 14.1). A total of 120 (66.7%) patients had scoliosis at baseline; 57 (31.7%) had severe scoliosis with greater than 40-degree curvature.

Oskoui and colleagues found a statistically significant difference in the change from baseline in 32-item Motor Function Measure (MFM32) total score at month 12 between patients treated with risdiplam and placebo. Difference from placebo on the Hammersmith Functional Motor Scale Expanded (HFMSE) became significant between 12 and 24 months, with patients reaching a clinically important difference of 2.15 points from baseline at 24 months.

The researchers also found improvement on the SMA Independence Scale (SMAIS) at 12 months compared to deterioration in the placebo group. This trend continued up to the 24-month mark. In patients first treated with placebo and then risdiplam after 12 months, motor scores were stable through the 12- to 24-month period and a slight improvement on SMAIS was seen.

“Many items on the Hammersmith require patients to be on the floor on a mat. A great majority of these patients had significant hip contractures and even if there was an improvement in motor strength, they wouldn't have been able to overcome that to show an increase in the Hammersmith. The natural history as well of the Hammersmith in older patients generally shows a decline. It tends to be a little bit more stable over a 1-year period, with more decline over a 2-year period,” Oskoui said in response to a question concerning the jump in improvement on HFMSE scores from months 0-12 and months 12-24.

“So, I was personally looking forward to see how these patients did over a 24-month period, knowing that in this population stability is a big difference compared to the natural history, and was curious if we could see increase in these skills,” she continued.