The risk of autism after perinatal ischemic stroke and childhood stroke was 2.7-fold and 3.30-fold, respectively, compared with matched controls in the study. 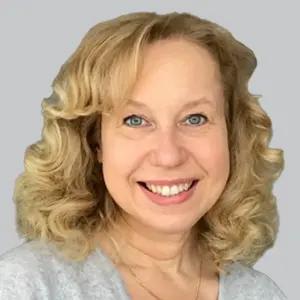 In a cohort study that spanned almost 50 years, investigators found a 3-fold increased risk of autism after pediatric stroke, an even greater risk observed in individuals with comorbid epilepsy. These findings could not be explained by being born preterm, being small for gestational age, or having a first-degree relative with autism.

Lead author Helene Sundelin, MD, PhD, postdoctoral researcher, Department of Women’s and Children’s Health, Karolinska Institutet, and colleagues concluded that these data emphasize the need for readily screening for autism among children who have had an ischemic stroke if the disorder is suspected.“Although autism cannot be acquired later in life and the main cause of autism is considered genetic, stroke might be an additional for reaching the turning point as autism has multiple and complex causes. Although there are some differences in etiology and risk factors between perinatal and childhood stroke, in our study it seems that the developmental stage of the brain at the insult was not critical for the risk of developing autism after stroke," Sundelin et al wrote.

Follow-up started at the date of ischemic stroke or corresponding date in matched controls that ended with diagnosis of autism, death, or December 31, 2016, whichever occurred first. Cox regression analyses, conditioned on a matching set, were used to calculate hazard ratios (HRs) to estimate the risk of future autism amongst these individuals.

To Sundelin et al’s knowledge, there was only one other study that has investigated the association between stroke and autism in a mixed cohort of hemorrhage and ischemic perinatal stroke. At the conclusion of the analysis, aHRs for the risk of autism after perinatal ischemic stroke and childhood stroke were 2.69 (95% CI, 1.44-5.03) and 3.18 (95% CI, 2.12-4.78), respectively. Notably, there was no significant difference in the risk increase between females and males or regarding age at stroke.