Relative to other PD-related genetically associated groups, only those with LRRK2-associated PD demonstrated a significantly increased risk of stroke compared with controls. 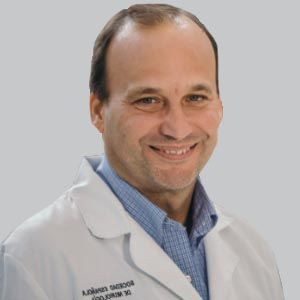 Research examining genetically associated vascular risks among patients with Parkinson disease (PD) showed that those with leucine-rich repeat kinase 2 (LRRK2)-associated PD were at a significantly increased risk of ischemic stroke as well as represented the highest proportion of strokes among other PD-related genes.1

Previously, it had been documented that PD was associated with an increased stroke risk, however, there were limited data on whether this varied among specific PD-related genes. To assess this, senior author Pablo Mir, MD, PhD, area specialist physician, Virgen del Rocio University Hospital, and colleagues, recruited 355 patients with sporadic PD (sPD), 38 with GBA-associated PD (GBA-PD), 36 with LRRK2-associated PD (LRRK2-PD), and 23 with PRKN­­-associated PD (PRKN-PD) and 620 controls.

Using multivariate logistic regression and Cox regression analyses that controlled for sex, age, and vascular risk factors, the prevalence of ischemic stroke differed among groups. Despite no differences in coronary artery disease (CAD), the LRRK2-PD represented the highest cases of stroke (13.8%), followed by PRKN-PD (8.6%) and sPD (5.6%). Relative to controls, LRRK2-PD had a significantly increased risk of stroke (odds ratio [OR], 5.1; 95% CI, 1.7-15.3; P = .004), compared to other PD cohorts, where no difference was observed.

Mir and colleagues concluded, "Our results support the idea that mechanisms other than classical vascular risk factors might be involved in the cerebrovascular disease of those patients. Prospective studies are needed to confirm these findings.”1

In a confirmatory analysis, investigators repeated the multivariate analysis only with subjects who had a neuroimaging test, either CT scan or MRI, available in their electronic records. The results remained consistent, with one notable finding. There was a marginally significantly increased risk of stroke for those with sPD compared to controls (OR, 1.18; 95% CI, 0.99-3.2; P = .05). Among the different groups, there was also a statistically significant difference in the survival distribution for ischemic stroke.

Mir et al noted that the findings from this study may be related to a different pathophysiology of stroke in certain PD subtypes. “A link between these brain disorders has been proposed, beyond the classical risk factors, considering the role of oxidative stress, neuroinflammation, and altered lipid metabolism among others," they wrote. "Interestingly, it has been suggested that pathogenic variants of LRRK2 might contribute to postischemic brain damage and neuroinflammation."1