Data were analyzed from the AFFINITY study cohort, which included men and women recruited within 2 weeks of stroke onset in Australia, New Zealand, and Vietnam. 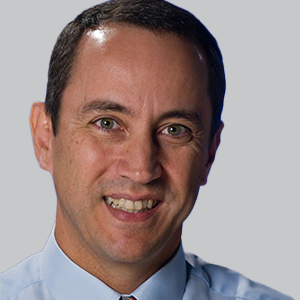 Risk of poststroke clinically significant symptoms of depression forming early and persistently was increased by the severity of neurological and functional deficits, a secondary, exploratory analysis of the Assessment oFFluoextINe in sTrokerecoverY (AFFINITY) study cohort found.1

When looking at modified Rankin Scale (mRS) scores, Almeida et al found that the odds of clinically significant symptoms of depression increased as mRS scores (disability and dependence) increased, and in patients who had received treatment for depression before stroke, the risk was 3-fold higher. Additionally, odds of these symptoms decreased with time, relative to baseline, and were higher in participants who were aged 70 years and older and patients who were married.

Over the 52-week period following stroke, living alone, country of residence, prestroke disability, stroke classification, and treatment with placebo (compared with fluoxetine) were not found to have a significant effect on odds of clinically significant symptoms of depression. Odds of clinically significant symptoms of depression during the study were nearly doubled when NIHSS scores were doubled (adjusted OR, 1.90; 95% CI, 1.63-2.22) after excluding mRS scores due to the collinearity with NIHSS.

For patients who had past depression, this was found to be associated with increased risk of persistent clinically significant symptoms of depression (RR, 6.28; 95% CI, 2.88-12.71). Being married or partnered was also found to be associated with this increased risk (RR, 3.94; 95% CI, 2.42-6.41). Overall, investigators concluded that risk of clinically significant symptoms of depression was higher in Australia and New Zealand than in Vietnam.

A total of 62 patients (5.2%) were lost to follow-up, and 41 of these patients had died. Study measures included age, sex, marital status, living arrangements, function before stroke, depression before stroke, mRS score, and treatment with fluoxetine or placebo before 24 weeks.

“Our results are consistent with those of previous systematic reviews and extend their findings by considering the concurrent effects of relevant sociodemographic and clinical measures and by showing that adults with depression before stroke are particularly vulnerable to persistent depressive symptoms after stroke,” Almeida et al wrote.

“Unexpectedly, participants who were not married or partnered had lower risk of persistent depressive symptoms than married participants. This could be due to selection bias (eg, unmarried depressed stroke survivors being less willing or able to consent to participate in the study), attrition bias (higher mortality among those who were not married, precluding the opportunity to become depressed), ascertainment bias (ie, spouses alert to the presence of depressive symptoms) or to the subjective perceived burden of care on the spouse associated with post-stroke neurological disabilities. Further research is needed to explore the external validity of this finding,” the authors added.

The study was limited due to a smaller proportion of recruited patients having severe strokes and a lack of patients with no symptoms (silent stroke), inhibiting investigators’ ability to analyze the association between these symptoms of depression and the entire range of stroke severity. Additionally, the PHQ-9 limits its assessment to the preceding 2 weeks, which may have led to clinically relevant symptoms arising and being resolved between assessments that were then missed.