Rituximab Fails to Show Noninferiority to Ocrelizumab in Relapsing-Remitting MS

Using a prespecified noninferiority margin of 0.2 rate ratio, rituximab failed to distinguish itself from ocrelizumab on the primary end point of annualized relapse rate. 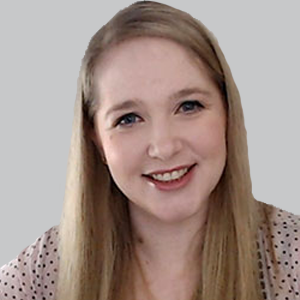 In a study featuring nearly 900 patients with relapsing-remitting multiple sclerosis (MS), findings showed that rituximab (Rituxan; Genentech) did not show noninferiority of treatment effect compared with ocrelizumab (Ocrevus; Genentech). In fact, annualized relapse rate (ARR) ratio was higher in rituximab-treated patients than those on ocrelizumab.1

These findings were part of a late-breaking session at the 2022 European Committee for Treatment and Research in Multiple Sclerosis (ECTRIMS) Congress, held October 26-28, in Amsterdam, the Netherlands. Led by Izanne Roos, PhD, a postdoctoral researcher in the Clinical Outcomes Research Unit at the University of Melbourne, effectiveness of the 2 therapies will be further evaluated in randomized noninferiority clinical trials.

A total of 710 ocrelizumab-treated patients matched with 186 rituximab-treated patients extracted from the MSBase and Danish MS registry, were assessed. Patients had been on treatment for at least 6 months and had similar propensity score on age, sex, MS duration, Expanded Disability Status Scale (EDSS), prior relapse rate, prior therapy, disease activity, MR lesion burden, and country, as their match. To test noninferiority, Roos et al used a prespecified margin of 0.2 rate ratio for the primary end point of ARR.

All told, rituximab failed to demonstrate noninferiority to ocrelizumab, as ARR ratios were higher over a pairwise censored mean follow-up of 1.5 years (rate ratio, 1.8; 95% CI, 1.4-2.4; ARR 0.20 vs 0.09; P <.01), which was above the predefined noninferiority margin. Furthermore, the cumulative hazard of relapses was higher among those treated with rituximab (hazard ratio [HR], 2.08; 95% CI, 1.46-2.96), and neither group was associated with better risk of disability accumulation.

Additional findings from the study showed no significant difference between the groups on cumulative hazard of disability accumulation (HR, 1.51; 95% CI, 0.86-2.64; P = .15) and cumulative hazard of disability improvement (HR, 0.80; 95% CI, 0.49-1.31; P = .39). There were a few limitations to the study as well, including the fact that ocrelizumab is a single commercial product while rituximab was analyzed as a merged group that may contain originator, generics, and biosimilars. Since rituximab is used off-label, there was a greater variability in the dosage and frequency of infusions compared with ocrelizumab. Furthermore, only clinical outcomes were evaluated, and thus, the available follow-up is insufficient to draw conclusions, Roos noted in her presentation.

Ocrelizumab, a humanized monoclonal antibody that selectively depletes CD20+ b-cells, previously showed an ability to reduce the frequency of relapses by 46% and disability worsening by 40% compared with interferon beta-1a in relapsing MS. That study, published in the New England Journal of Medicine in 2017, also highlighted lower gadolinium-enhancing lesion risk with ocrelizumab, as well as favorable benefits on cognition, walking speed, and upper limb movements. Rituximab, a chimeric monoclonal anti-CD20 agent, is often prescribed as an off-label alternative to ocrelizumab.2