Findings suggest that the neuroprotective therapeutic response from rituximab in patients with relapsing-remitting multiple sclerosis may take up to 12 months. 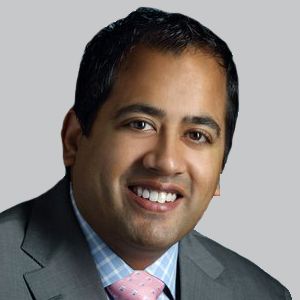 Recently published results from an observational study revealed that retinal atrophy is modulated by rituximab (Rituxan; Genentech/Biogen) in patients with relapsing-remitting multiple sclerosis (RRMS), with the greatest attenuation of retinal atrophy occurring after 12 months of treatment.1

Saidha and colleagues concluded, "our findings raise the possibility that the neuroprotective therapeutic response with rituximab in RRMS may take up to 12 months, though should be confirmed by larger studies.” Participants with uncontrolled hypertension, diabetes mellitus, or glaucoma, and eyes with optic neuritis less than 6 months prior to baseline OCT, or during follow-up, were excluded from the study.

The professor of neurology was recently involved with 2 other studies, the first which found that in the absence of overt metabolic comorbidities, body mass index (BMI) might be associated with accelerated rates of GCIPL atrophy in patients with MS. The findings suggested that obesity, a modifiable risk factor, may have an impact on accelerated neurodegeneration in MS.2

The second study was presented at MS Virtual 2020, the 8th Joint ECTRIMS-ACTRIMS meeting, and evaluated the evaluated disease-modifying therapies (DMTs) and their effects in slowing retinal atrophy in RRMS.3

All told, the data showed that high potency DMTs are associated with slower rates of retinal atrophy compared to low potency DMTs. It also confirmed Lambe’s research by showing that the effect of rituximab on retinal atrophy in MS may take up to 6-12 months.

The results also showed that inner nuclear layer and outer nuclear layer atrophy measures appear to be relatively specific to progressive MS (PMS) and may be novel outcomes for assessing neuroprotection and/or neurorestoration in PMS. Saidha and colleagues concluded that current, conventional, and primarily anti-inflammatory DMTs, both high- and low-potency, have not been shown to significantly reduce retinal atrophy in PMS, unlike RRMS.