Treatment with RNS60 resulted in significantly slower rate of decline in FVC and eating and drinking domains of the ALSAQ-40 scale over a 24-week period. 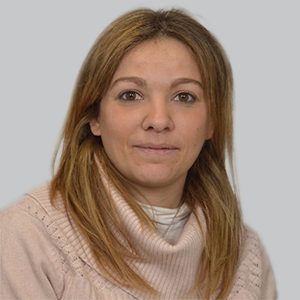 In a phase 2 randomized, controlled trial, treatment with RNS60 (Revalesio), a novel anti-inflammatory and cytoprotective agent, resulted in no disease-modifying effects on candidate biomarkers or functional decline; however, did demonstrate positive impacts on measures of respiratory and other bulbar functions.1

According to the study authors, these findings, presented at the 2022 Annual NEALS Meeting, held November 1-3, in Clearwater, Florida, support further clinical trials assessing the agent in ALS, including earlier treatment, longer treatment periods, and additional measures of respiratory and bulbar function. Over a 24-week treatment period, the mean forced vital capacity (FVC) of RNS60-treated patients was significantly lower than placebo, decreasing from 102.6% to 91.4%—a –0.46 per week decrease—vs decreases from 102.6% to 81.6% for those on placebo.

Led by Elisabetta Pupillo, PhD, PharmD, Department of Neuroscience, Mario Negri Institute for Pharmacological Research, the parallel-group trial included 147 patients with ALS who were randomly assigned 1:1 to either RNS60 or placebo for a 24-week treatment period, followed by a 24-week off-drug observation period. The main objective of the trial was to assess RNS60’s treatment effect on selected candidate biomarkers in peripheral blood, including MCP-1, cyclophilin A, nitrated actin, 3-nitrotyrosine, IL-17, neurofilament light, and Tregs. Samples were collected at day 1, and at week 4, 12, 24, and 48.

At the conclusion of the study, compliance was good in both groups (RNS60: 94.6%; placebo: 90.4%); however, there was no significant difference in change over time for any of the candidate biomarkers. Between the 2 arms, the safety profiles were similar, although the proportion of dropouts was higher in the placebo arm than in the active group (31.5% vs 18.9%). Changes in disability, as assessed by the ALS Functional Rating Scale-Revised, were not significantly different between the 2 groups, indicating absence of a treatment effect.

Additional results showed that the difference between arms in FVC decline was paralleled by a significance difference in the rate of change of the eating and drinking domain of the ALS Assessment Questionnaire (ALSAQ-40). Specifically, the meat rate of change between RNS60 and placebo was –0.19 (SE, 0.1; P = .0319) per week, with the active drug showing a slower worsening. No significant differences between the 2 groups were found for the other 4 domains of the ALSAQ-40 scale.

SBT-272, an investigational small molecule in development for ALS and other neurological disease of mitochondrial dysfunction, resulted in improved membrane potential and axonal outgrowth of TDP-43 in vitro.

Only 1 death (in the placebo group) occurred in the trial, and thus, analyses on survival could not have been made. In the bulbar onset subgroup, a slower decrease of FVC in the RNS60 arm, with a larger difference to the placebo arm as in the entire intent-to-treat population, was observed. This difference was not statistically significant; however, the investigators noted that may have been because of the small number of trial participants in that group. Although once again not statistically significant, a comparison of fast and slow progressor subgroups showed a trend in the same direction.

The forced expiratory volume 1 (FEV1) measures the amount of air a person can exhale within the first second of forced expiration. In a post-hoc analysis of the study, investigators found a significant difference in the rate of FEV1 between the 2 treatment groups. There were no significant between-group differences in the proportion of patients requiring NIV or PEG, nor in the mean rate of change of bulbar, motor, and respiratory subscores of ALSFRS-R.

Previously, RNS60 was evaluated in a phase 1 pilot trial (NCT02525471) that included 16 patients with ALS followed for a 23-week period. Of those, 13 (81%) individuals completed the entire treatment program, and there were no serious adverse events (AEs) or participant withdrawals because of drug-related AEs. Additionally, there were no significant changes to any of the plasma biomarkers of inflammation observed on PET imaging.2