Research from the past decade suggests that sigma-1 receptors and their encoding gene, SIGMAR1, together act as a therapeutic target for patients with dementia.

In Alzheimer disease and dementias, patients are often affected by a number of symptoms due to their dementia. There are a number of therapies in development for the treatment and managment of the symptoms of dementia, including several therapies affecting the sigma-1 receptor. 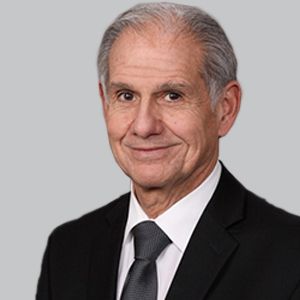 Research over the last few years has shown that acting on the SIGMAR1 pathway could hold therapeutic promise in the treatment of symptoms associated with dementia, as well as a number of other conditions. Sigma receptors are unique intracellular proteins that are expressed ubiquitously. They are, however, most prominent in neurons and glial cells, where they act as chaperone proteins in the endoplasmic reticulum (ER).1,2 Two subtypes are known: sigma-1 and sigma-2. Through binding with a number of ligands, sigma-1 receptors modulate various cellular processes involved in neurodegeneration. Specifically, research from the past decade suggests that sigma-1 receptors and their encoding gene, SIGMAR1, together act as a therapeutic target for patients with dementia. Unlike the majority of existing pharmacological interventions, sigma-1 agonists could address underlying disease pathology to improve symptoms.

Although no sigma-1 receptor—selective medications are currently approved by the FDA, several currently marketed agents and other substances interact with sigma-1 receptors in a nonselective manner, such as fluvoxamine, donepezil, haloperidol, and pentazocine.3 Most therapeutic agents that act on sigma-1 are selective agonists that cause sigma-1 translocation from the ER to: (a) the plasma membrane, where they interact with ion channels or receptors, or (b) the nuclear envelope, where they regulate gene transcription.3 Through these avenues, sigma-1 receptors modulate calcium and glutamate levels; alter functions of the ER, mitochondria, and glial cells; and reduce production of reactive species.2 Therefore, sigma-1 agonists are able to reduce inflammation, oxidative stress, apoptosis, and glial cell activity. Because these factors incite underlying neurologic damage that causes dementia symptoms in a number of conditions, the therapeutic potential of sigma-r agonists could be broad.

Eduardo E. Benarroch, MD, a professor of neurology at Mayo Clinic, described the current understanding in a recent publication in the journal, Neurology.

“Evidence from experimental models indicates that [sigma-1 receptors] are involved in the pathobiology of several neurodegenerative disorders associated with impaired proteostasis, mitochondrial dysfunction, and altered RNA metabolism,” he wrote.3

In another example, in vitro models of ischemia show that sigma-1—preferring and mixed sigma receptor agonists limit intracellular calcium levels while reducing glutamate release.11,12 Animal models of stroke show that these effects could have a clinical impact, as demonstrated by improved short-term neuronal survival and reduced infarct volume.12,13 Continued administration, starting 2 days after a model of stroke in rats, was associated with neuronal regrowth and improved functional recovery.14 If translatable to humans, sigma-1 agonists could improve or limit vascular dementia following stroke.

Unfortunately, this may be a very big “if.” In the first human trial of a sigma-1 agonist, patients with ischemic stroke were given selective sigma-1 agonist cutamesine (SA4503), but this did not lead to significant improvements in functional recovery compared with placebo.15 As such, some experts maintain a skeptical outlook that sigma-1 agonists will be a silver bullet for various causes of dementia.

“Despite affecting multiple mechanisms in neurons, [sigma-1 receptor] activation as a stand-alone treatment may not be sufficient, given the multidimensional nature of pathogenic mechanisms in neurodegenerative disorders,” Benarroch wrote.3

“Further work is needed to characterize the potential for using sigma-1 receptor ligands to slow the progression of neurodegeneration and/or reverse an existing pathology,” she wrote. “Clarifying the cellular mechanisms and molecular targets of sigma-1 receptors in the [central nervous system] will also be critical to understanding the physiological roles and pathological alterations of sigma-1 receptors.”2

Numerous sigma-1 agonists, as selective monotherapy or in combination with other agents, have been studied in preclinical models, with some in or approaching clinical trials for conditions involving dementia.2,3 Five prominent agents are described below, with brief summaries and outlooks:

ANAVEX2-73: The leading sigma-1 agonist under development is ANAVEX2-73, an amino-tetrahydrofuran derivative and mixed muscarinic/sigma-1 receptor agonist.16 At present, 3 active clinical trials involve ANAVEX2-73: one for Parkinson disease with dementia and 2 for Alzheimer disease.17 Another clinical trial for Rett syndrome is planned, announced in October 2018 by manufacturer Anavex Life Sciences.

The most advanced data for ANAVEX2-73 come from a completed phase 2a trial involving patients with Alzheimer disease.18,19 The study involved 32 patients with mild to moderate disease, with baseline Mini-Mental State Examination (MMSE) scores between 16 and 28. The initial 5 weeks of the study involved crossover from oral to intravenous administration, followed by a year of oral therapy. Primary endpoints focused on safety, dose, and tolerability, while secondary endpoints evaluated efficacy measured by MMSE, Alzheimer’s Disease Cooperative Study-Activities of Daily Living inventory, and electroencephalography (EEG)/event-related potentials (ERPs). After 1 year, multivariable analysis showed a strong relationship between high doses (30 mg and 50 mg) and improved responses compared with patients who received low doses (3 mg and 5 mg) and had poor responses. The agent was very well tolerated, with no serious or clinically significant adverse effects.

The extended period of this trial has been ongoing for 3 years. The most recent findings echoed earlier reports, namely that the high-dose group continued to show significantly better responses in functional and cognitive endpoints than patients treated with low doses. The investigators also highlighted 2 genomic biomarkers that continued to be significantly associated with responses: SIGMAR1 and COMT. The former suggests that sigma-1 activation is a critical component of patient responses. In a press release issued by Anavex, Harald Hampel, MD, PhD, professor at the Sorbonne in Paris reflected on the biomarker findings: “These results further confirm the impact of actionable genetic variants that were previously identified through a full, unbiased genomic analysis of ANAVEX2-73 in Alzheimer’s disease, raising optimism for the future of biomarker-guided precision medicine to effectively combat this devastating disease.”

Fluvoxamine: Fluvoxamine is a selective serotonin reuptake inhibitor (SSRI) with sigma-1 agonist activity. It is currently used for a variety of disorders, including obsessive-compulsive disorder, depression, and anxiety, but it may be repurposed for dementia.2

One of the first studies using fluvoxamine for neuroprotection, Sato et al showed that fluvoxamine in the acute setting for stroke in rats led to improved sensorimotor scores, measured by limb placing tests.21 Several years later, Omi et al showed that neuroprotective effects might translate to Alzheimer disease in a study that involved cell lines, a stroke model in mice, and knockdown of ATF4 expression. Results showed that fluvoxamine enhanced cellular resistance to ER stress and lessened tau phosphorylation, with this latter finding being the highlight, suggesting possibilities for the treatment of Alzheimer disease.22

Most recently, the results of a 2018 study by Kim et al suggested that fluvoxamine could inhibit Alzheimer disease progression and associated dementia.23 Fluvoxamine reduced Aβ production in a cell line that consistently expresses AβPP. This action was dose-dependent, with a drug concentration of 10 μM dropping Aβ levels 2-fold. Further analysis showed that fluvoxamine impacted AβPP processing via sigma-1 receptor activation. A mouse model of Alzheimer disease supported these findings, showing that mice treated with fluvoxamine had better novel object recognition.

Although case reports and randomized trials involving fluvoxamine support beneficial impacts on behavioral and psychological symptoms of Alzheimer disease, these effects could be due to SSRI activity, instead of, or in addition to, sigma-1 receptor activity.24,25 Further studies are needed to clarify the benefits of fluvoxamine in Alzheimer disease, particularly as a method of preventing plaques and tangles. Currently, no such studies are planned, nor are any listed for other forms of dementia.

Citalopram: Like fluvoxamine, citalopram is an SSRI with an affinity for sigma-1 receptors, although this affinity is milder (citalopram Ki = 292 nM vs fluvoxamine Ki = 36 nM).26 Studies involving citalopram hold promise for Alzheimer disease, despite suffering the same lack of clarity found in fluvoxamine studies; specifically, whether therapeutic effects are due to sigma-1 activity or SSRI activity.

Nevertheless, efficacy results have been notable. Findings from a 2011 study by Cirrito et al showed that a mouse model of Alzheimer disease developed 50% less plaques with chronic citalopram therapy.27 A similar stud by Sheline et al, conducted in 2014, supported these findings, with results showing that citalopram decreased new plaque formation in a mouse model of Alzheimer disease by 78%.28 In healthy volunteers, citalopram reduced Aβ concentrations in cerebrospinal fluid by 38% compared with placebo.

As with fluvoxamine, the above findings for citalopram are promising for Alzheimer disease; however, more studies are needed. At present, 1 clinical trial is recruiting to test escitalopram (Lexapro; the (S)-stereoisomer of citalopram) for improvement of cognitive impairment and prevention of cognitive decline in patients with Alzheimer disease (NCT03274817).17

Cutamesine (SA4503): Described earlier in this article, cutame-sine (SA4503) is a sigma-1 receptor agonist that was tested in 60 patients who had a stroke.15 The medication was given at doses of 1 mg/d, 3 mg/d, or placebo for 28 days. Although a higher proportion of patients who received cutamesine completed the 10-meter timed walk test and had improved National Institutes of Health Stroke Scale scores, functional recovery was not significantly different between treatment arms. No other human trials are planned or ongoing.

In 2010, the FDA approved this combination for the treatment of pseudobulbar affect in patients with ALS or multiple sclerosis (MS) (Nuedexta; Avanir Pharmaceuticals Inc.).30 More recently, the results of a phase 2a trial by Cummings et al, involving 220 patients with Alzheimer disease, showed that AVP-923 provided significant clinical improvements in agitation.31 Falls were more common in the group receiving AVP-923 (8.6% vs 3.9%), but the investigators pointed to a higher fall rate in the AVP-923 group before treatment began (20.4% vs 12.8%). Although AVP-923 is not specifically approved for patients with Parkinson disease or dementia, many clinicians are already writing AVP-923 prescriptions for these conditions; findings from a 2019 study showed that AVP-923 is more commonly prescribed for such patients (57%), instead of patients with ALS (6.8%) or MS (8.4%), as approved by the FDA.32

Numerous existing agents have been interacting with sigma-1 receptors for years, but now this particular pathway is gaining traction as an actionable target in several neurodegenerative diseases that cause dementia symptoms. At the forefront, ANAVEX2-73 is a mixed muscarinic/sigma-1 receptor agonist that is starting phase 3 trials, after demonstrating clinical benefit in patients with Alzheimer disease. AVP-293, a combination of dextromethorphan and quinidine (Nuedexta), is a noncompetitive NMDA antagonist/sigma-1 agonist presently approved for pseudobulbar affect, and clinicians are already prescribing this agent for patients with dementia, based on a small but growing body of evidence.

Other combinations of SSRI/sigma-1 agonists, such as fluvoxamine and citalopram, have also demonstrated benefit, with a form of the latter agent now recruiting for a clinical trial involving patients with dementia. The only pure sigma-1 agonist described above, cutamesine, fell short for functional recovery in patients with stroke. Taken as a whole, the research landscape suggest that sigma-1 agonists alone are unlikely to take center stage, but they will likely play supporting roles.

“[Sigma-1 receptors] may constitute a potential target for adjunctive therapy in association with other approaches,” Dr. Benarroch concluded. “Agonists of [sigma-1 receptors] may have a favorable safety profile reflecting a selective modulatory action during pathologic conditions while sparing normal physiologic activity.”

32. Fralick M, Sacks CA, Kesselheim AS. Assessment of use of combined dextromethorphan and quinidine in patients with dementia or Parkinson disease after US Food and Drug Administration approval for pseudobulbar affect. JAMA Intern Med. 2019;179(2):224. doi: 10.1001/jamainternmed.2018.6112.