The Significance of AMX0035 and a Fueled Hope for ALS

Once thought nearly impossible to treat, ALS has seen another step of progress with the approval of AMX0035 and a future of potential therapeutics on the way. 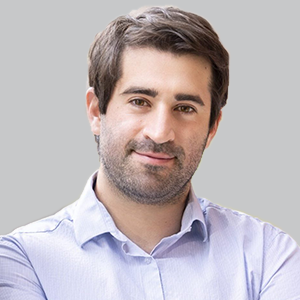 On September 29, 2022, the FDA made the decision to approve AMX0035, Amylyx Pharmaceuticals’ coformulation of sodium phenylbutyrate/taurursodiol, representing a monumental victory for the amyotrophic lateral sclerosis (ALS) community and standing as a testament to the continued perseverance to advance the treatment landscape.

Marketed as Relyvrio, the agent became the third FDA-approved therapy to show a slowing of disease progression in ALS, joining riluzole (Rilutek; Sanofi) and edaravone (Radicava; MT Pharma)—which received approvals in 1995 and 2017, respectively. AMX0035’s approval was unique, as it was based on one major trial—the phase 2 CENTAUR study (NCT03127514)—and followed 2 meetings held by the FDA’s Peripheral and Central Nervous System Drugs Advisory Committee (AdComm) to discuss the findings.1

"We started this company when I was a junior in college and Justin [Klee] was a senior. Most investors weren’t too thrilled about going after a disease that generally has resulted in treatment failures with a management team who have not done it before," Josh Cohen, MSc, cofounder and cochief executive officer of Amylyx, told NeurologyLive®.

In the first AdComm meeting, the panel voted 6–4 (6 no; 4 yes) that the efficacy of the drug had not been fully established in CENTAUR, with some members expressing that they would like to see results from PHOENIX (NCT05021536), the currently ongoing phase 3 study, to back the data up.2 Part of the issue, brought up several times throughout both meetings, was that data from PHOENIX were not expected to be ready until 2024, by which time many of the patients currently living with ALS who would possibly benefit from the therapy would have died. Originally, AMX0035 had a PDUFA date in late-March 2022, but following the AdComm meeting, the FDA decided to push back the decision date to September to allow for more review time. 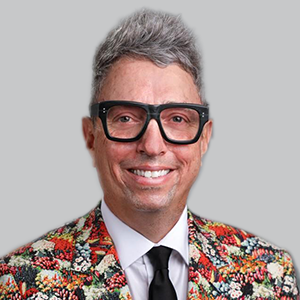 "Drug approvals are a difficult combination of science, humanitarianism, and politics," ALS expert Richard S. Bedlack, MD, PhD, told NeurologyLive®. "From a science standpoint, yes, we would like to see things replicated over and over again to be absolutely sure they work. But there’s a huge unmet humanitarian need in ALS. We do not have products that work very well right now." Bedlack, who currently serves as an associate professor at Duke University, and is the director of the Duke ALS Clinic, has been involved in ALS trials for several decades.

He added, "Here’s the bottom line: drug approval is never going to be a perfect science. There’s always a possibility that mistakes are made. We know this throughout the history of drug approvals… But the question is, what kind of mistake would you rather make? Would you rather say, let’s approve it now, and then in 2 years we find out it doesn’t work that long. OK, so for a couple of years, a bunch of people with a terrible disease that didn’t have many other options took a product that gave them some hope. And at least it was safe, because we made the best decision we could in the year 2022. How many people are going to be upset at that? Not many."

In CENTAUR, 137 patients were randomly assigned to either AMX0035 (n = 89) or placebo (n = 48) and had rate of decline assessed through the ALS Functional Rating Scale-Revised (ALSFRS-R) over a 24-week treatment period. Throughout the study, most patients (77%) were receiving riluzole or edaravone at or before trial entry, with 28% of participants who received both. Published in the New England Journal of Medicine, AMX0035 met its primary end point, with between group differences of 0.42 points per month on ALSFRS-R compared with placebo.3 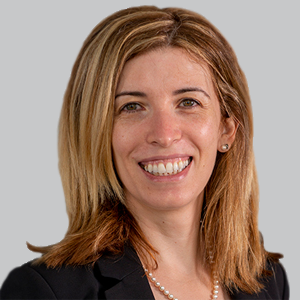 "One important feature of the CENTAUR trial is that AMX0035 was tested on top of standard of care,” Sabrina Paganoni, MD, PhD, lead investigator of CENTAUR, told NeurologyLive®. "The effects that we saw were seen on top of standard-of-care, meaning that we’re able to safely combine the new drug with the older drugs to provide additional value to our patients." Paganoni, who’s published more than 100 peer-reviewed papers, currently serves an associate professor at Harvard Medical School and physician scientist at the Healey ALS Center at Massachusetts General Hospital.

The safety of AMX0035 helped strengthen its case for approval. Gastrointestinal adverse events (AEs) were reported more frequently in the AMX0035 group during the first 3 months of the trial; however, this finding flipped for the remainder of the trial. In fact, serious AEs (19% vs 12%), as well as the incidence of respiratory serious AEs (8% vs 3%) were more frequent in the placebo group for the overall time period.

Following CENTAUR, 56 of the 89 patients treated with AMX0035 and 34 of the 48 on placebo entered the open-label extension (OLE), which continued to highlight more of the drug’s benefit. At week 48 of the OLE, those who continued on the medication from the double-blind period showed a statistically significant 4.2-point (95% CI, 0.6-7.9) difference on ALSFRS-R relative to placebo. Early treatment of AMX0035 was also associated with slower decline in function, as there were ALSFRS-R slope changes per month of –1.24 and –1.26 during weeks 0-24 and 24-48, respectively, compared with changes of –1.66 and –1.37 for those on placebo during the same periods.4

"Another thing we learned from these trials is that we’ve got to follow people. When trying to decide what patients and which outcomes to use, we also have to decide how long we’re going to treat," Bedlack added. "For example, hardly anyone—not sure if anyone—actually died in the first 6 months of CENTAUR, so there was no way to look at survival. Well, you follow people, they did an open-label extension, and the survival curves clearly separated."

Extending survival is a critical component for patients with ALS, considering typically life with the disease is between 2 and 5 years. In the first survival analysis published in 2020, data from CENTAUR showed that AMX0035 was associated with a 6.5-month longer median survival compared with placebo.5 Jeff Taylor was a patient with ALS who participated in CENTAUR, but later died after the trial. Treatment may not have been curative, but the benefit still had a positive effect. His wife, Juliet Taylor, told NeurologyLive®, "We know that the drug worked for Jeff. It gave him, and us, more quality time—days and moments in which he lived fully each day. It gave us time to spend with family and friends, time and energy to travel and most of all, time to create new memories. Those were the greatest benefits."

An additional analysis from CENTAUR published in May 2022 showed that AMX0035 lowered the risk of any key event—death, tracheostomy, permanent assisted ventilation, and first hospitalization, by 47% compared with placebo (HR, 0.53; 95% CI, 0.35-0.81; P = .003). As of the analysis cutoff with the longest follow up of 35 months, median key event-free survival duration and tracheostomy/PAV-free survival duration was 4.8 and 7.3 months longer, respectively, in participants randomized to study drug vs those on placebo.6

The approval of AMX0035 was also unique in that it was a coformulation of 2 agents. Although repurposing therapies is not new in neurology, the fact that it was successful does represent an interesting approach that could be replicated in the near future. 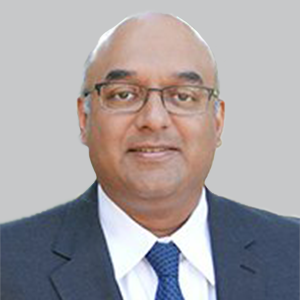 "We definitely have to do that [repurpose drugs for ALS]," Neil Thakur, PhD, told NeurologyLive®. "For example, we funded a team to go through a failed phase 3 trial on a drug that failed a few years ago using modern techniques to see if we can identify a subset of responders. The idea that we have to find one drug that’s going to work for every type of ALS is not something we ever thought to be true, but we haven’t always had the tools to find the subset of patients that could really respond. As our ability to find those responders improves, we’re going to be able to go back and see if there’s things that we may have overlooked in the past."

Thakur, the chief mission officer at The ALS Association, added, "We’re constantly looking for drugs in other spaces that could come over and be helpful to people with ALS. In talks with our research team, 3 agents that we’re funding directly through our own research program came right to mind. That’s on top of what’s going on in the private sector, the FDA, and other philanthropies. So, there’s a lot of activity in that space."

One promising agent currently in development is PrimeC, a proprietary combination therapy and unique extended-release formulation of 2 FDA-approved drugs, celecoxib and ciprofloxacin. In a phase 2a clinical trial, the agent met its safety and efficacy end points, showed reductions in functional and respiratory deterioration and demonstrated statistically significant changes in ALS-related biological markers; however, in a previous trial that featured solely celecoxib, the therapy did not slow the decline in muscle strength, vital capacity, motor unit number estimates, or affect survival in patients with ALS.7

"It is important to note that there are multiple mechanisms that can lead to ALS,” Paganoni added. "This drug [AMX0035] works by leveraging some specific cellular targets that are different than the targets that are being targeted by other drugs. We’re thinking about a combination of treatments to best tackle ALS."

When asked what AMX0035’s approval could do for the future of the ALS community, Taylor said it, "brings hope to the quest for treatments and cures. It brings more optimism to a community that, in many cases, has been disappointed and frustrated by a lack of urgency and progress. For me as an ALS widow and former caregiver, it gives me hope that other families will know a day in which an ALS diagnosis is not a death sentence. That is my fervent wish for them. It is well past time to end ALS." 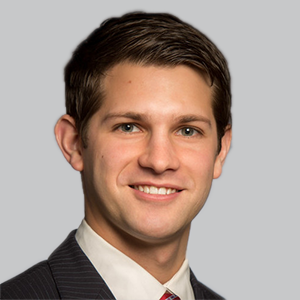 As AMX0035 continues to be evaluated in the phase 3 PHOENIX study, Amylyx made it known that the drug will be pulled from the market if the study fails. PHOENIX, a telemedicine-friendly trial, will assess the therapy over a treatment period of 48 weeks, with in-clinic visits that occur every 3 months. Similar to CENTAUR, patients on riluzole or edaravone may continue on their treatments throughout the study. Additionally, research into the agent’s optimal use in the real-world has already begun. Following its approval in Canada, prior to US approval, assessments of best practices for its use began. For example, the coforumaultion, while beneficial, has been noted to have a bitter taste for some individuals undergoing treatment with it. Concerns related to how this might affect adherence were raised by investigators at the 2022 NEALS annual meeting, where data were presented "exploring real-world coping strategies of [people living with ALS] and health care professionals for enhancing [AMX0035] palatability based on their experiences as part of a [AMX0035] Canadian special access program."8

That work is just one of many to come, though. Approval, while monumental, marks only the first step in a long journey to treat ALS. Shortly after the approval, Amylyx’s cofounder and cochief executive officer Justin Klee told NeurologyLive®, "We announced our topline results from the CENTAUR trial in late 2019. We’re almost 3 years later. In that time, in the United States alone, about 18,000 people with ALS have died. As excited as we are, there’s a lot more we have to do." 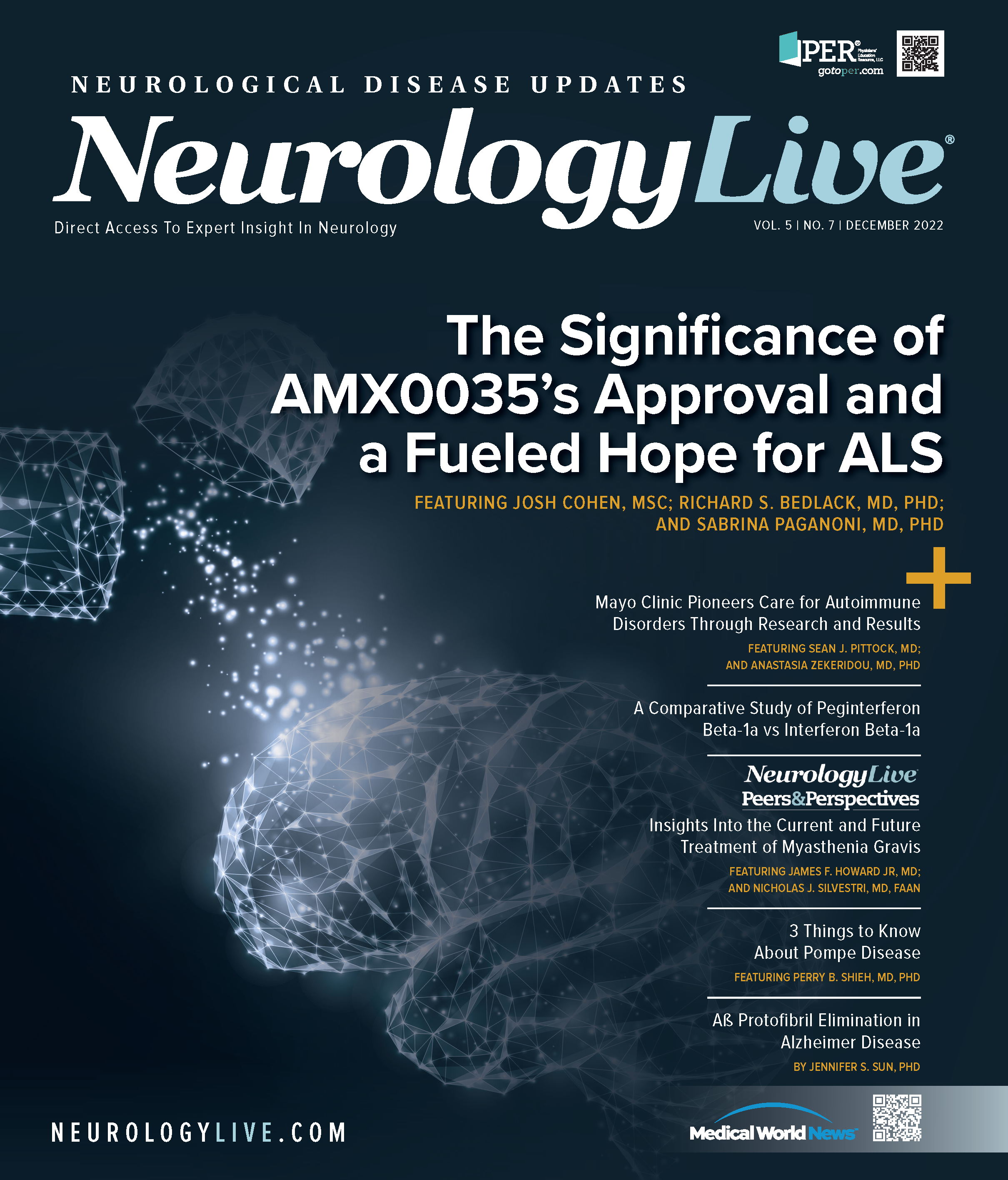