The therapy, already FDA-approved for individuals with pulmonary artery disease, was significantly associated with reduced likelihood of Alzheimer disease in both the 65-74 year range and those older than 75 years. 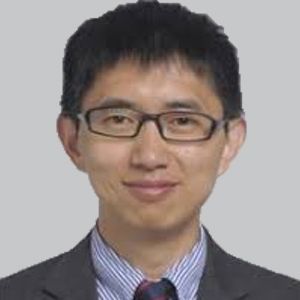 Across all 5 drug cohorts, individuals with coronary artery disease (CAD), hypertension (HT), and type 2 diabetes (T2D) all had reduced likelihood of AD when using sildenafil. These results remained consistent even after excluding CAD, HT, and T2D. Notably, sildenafil usage was also significantly associated with reduced likelihood of AD in both mid-older (65-74 years) and older individuals (75-100 years).

Sildenafil has 2 market names, including Viagra, which is used to treat erectile dysfunction, and Revatio, which is used to improve the ability to exercise in adults with pulmonary arterial hypertension (PAH). The therapy is in a class of medications called phosphodiesterase (PDE) inhibitors and treats PAH by relaxing the blood vessels in the lungs to allow blood to flow easily.

There have been several research projects that have evaluated in the drug in AD capacities. When administered to the Tg2576 transgenic mouse model of AD and to age-matched negative littermates (controls), the drug completely reversed their cognitive impairment.2 Such changes were accompanied in the hippocampus by a reduction of tau hyperphosphorylation and a decrease in the activity of glycogen synthase kinase 3ß (GSK3ß) and of cyclin-dependent kinase 5 (CDK5). Additionally, sildenafil increased levels of brain-derived neurotrophic factor and the activity-regulated cytoskeletal-associated protein in the hippocampus without any detectable modification of brain amyloid burden.

Most recently, investigators conducted a systematic review of sildenafil studies in AD, which showed the drug to significantly improve amyloid-beta levels except for the 2 that used the highest dosage.3 The therapy also decreased spontaneous neural activity, increased cerebral blood flow, and increased the cerebral metabolic rate of oxygen. Among all the data collected, investigators concluded that a randomized controlled trial of sildenafil, ideally with a PDE2 inhibitor, in patients with AD is warranted.