Sleep Classification Prevalence in OSA Differs From Whites for Hispanics/Latinos

Findings were consistent with recent reports from the Sleep Apnea Global Interdisciplinary Consortium; however, significant differences were identified in comparison to White participants. 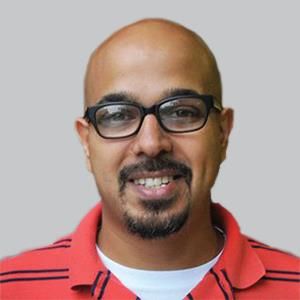 According to a recent study published in Sleep, investigators identified differing classification prevalence in sleep phenotypes for individuals with moderate to severe obstructive sleep apnea (OSA) between White patients and Hispanic/Latino patients, which may be due in part to varying biopsychosocial and lifestyle factors. Additional research will be needed within diverse populations to identify a link between derived sleep phenotypes and health comorbidities.

“Our study is partly consistent with previous research of predominantly non-Hispanic White and Korean samples. We provide added evidence on stability of OSA symptom classes across populations, and our findings help generalize symptom heterogeneity to diverse community-dwelling Hispanics/Latinos,” coauthor Wassim Tarraf, PhD, associate professor, Department of Healthcare Sciences and Institute of Gerontology, Wayne State University, et al wrote. “Our study is unique in that it points to differences in prevalence of symptoms classes across populations.”

READ MORE: The Status of Sleep Research and Areas of Need

The study focused on 4 main comorbidities, hypertension (54.9%, P = .450), diabetes (34.1%, P = .119), cardiovascular disease (37.6%, P <.001), and obstructive lung disease (8.4%, P = .036). Most frequently reported sleep symptoms were snoring (76.8%), dozing while watching television (72.4%), and waking up multiple times during the night (62.3%). Investigators found that those with excessive sleepiness were more likely to snore or doze while watching TV and those classified into the disturbed sleep group were more likely to wake during the night and have trouble both falling asleep and going back to sleep.

The cohort study utilized data from the Hispanic Community Health Study/Study of Latinos (HCHS/SOL), with a sample of 16,415 adults between the ages of 18 and 74 years. The ongoing cohort study includes data from 4 metropolitan sites with substantial Hispanic/Latino populations, enrolling about 4000 community dwelling adults at each location. Participants had moderate to severe OSA symptoms (≥ 15 respiratory event index events per hour; n = 1605) and a latent class analysis (LCA) was performed to identify phenotype classes via 15 common OSA symptoms, as per the Epworth Sleepiness Scale, and 4 comorbidities.

Investigators found differences in comorbidity profiles across the 3 identified phenotypes, as those falling under the excessive sleepiness category were more prone to obstructive lung disease, and those falling under the disturbed sleep group were more like to self-report cerebrovascular disease and/or transient ischemic attack. In general, when compared to the cohort from SAGIC and the Icelandic Sleep Apnea Cohort (ISAC), Hispanic/Latinos also showed higher prevalence of cardiovascular risk, specifically diabetes and hypertension, and cardiovascular disease. Compared results to the ISAC cohort specifically, obstructive lung disease was lower (8.4% HCHS/SOL; 18.7% ISAC).

While the study included a similar array of OSA symptoms, compared to other published works, selected symptoms items were not an exact match. Other limitations were associated with the community-based population study, as it may have included confounding conditions that lead to systematic errors, and subjective data can further introduce classification error.

“Future studies should explore whether the LCA [latent class analysis] classifications generated through this work are invariant to language. This can potentially provide supportive evidence that language differences in questionnaire compositions (e.g., through translation) did not lead to differential classifications,” Tarraf et al said. “We believe that the differences in phenotype characteristics published in this work provide a starting point for future work focused on testing stability of phenotypes across demographic and other health characteristics.”

As sleep apnea subtypes are an area lacking in understanding within the field of sleep medicine, research is required to devise specific therapeutic approaches to treat this population. This may also inform clinical diagnoses and improve public resources, according to the investigators.