A majority of patients across all 3 cohorts maintained or improved their motor function shown by changes from baseline in Revised Hammersmith Scale scores. 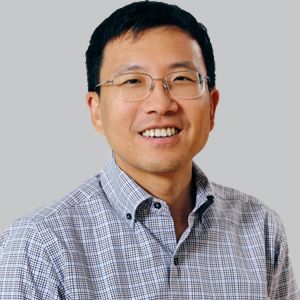 A majority of the 23 patients (57%; n = 13) with ambulatory type 3 SMA who received a 20-mg/kg dose monotherapy of apitegromab in conjunction with nusinersen (Spinraza; Biogen) across cohort 1 maintained or improved their motor function, as reflected by a greater than 0-point change from baseline in Revised Hammersmith Scale (RHS). The investigators also documented that 22% of patients (n = 5) in cohort 1 attained a greater than 3-point increase from baseline in RHS. Additionally, there was a 0.3-point decline in mean change from baseline in RHS across the entire cohort.

"These top-line 12-month data provide further support towards establishing apitegromab as a potential first muscle-directed therapy for patients with SMA,” Yung Chyung, MD, chief medical officer, Scholar Rock, said in a statement.1 “The findings also offer important insights into myostatin biology and our scientific approach of targeting the latent forms of growth factors. We look forward to advancing the development and investigation of apitegromab as we plan to initiate a pivotal trial in SMA by the end of 2021 and explore its potential in additional disease areas.”

Seventeen patients included in cohort 3 were randomized 1:1 to receive the low dose (apitegromab 2 mg/kg) or high dose (apitegromab 20 mg/kg) and further demonstrated improvements in motor function relative to what was observed at the 6-month interim analysis. All told, there was a 7.1-point and 5.3-point mean improvement for the 20 mg/kg and 2 mg/kg dose arms, respectively, in change from baseline in HFMSE score.

No safety signals for apitegromab were identified as of the 12-month top-line analysis. The 5 most frequently reported treatment-emergent adverse events (TEAEs) were headache (24%), pyrexia (22%), upper respiratory tract infection (22%), cough (22%), and nasopharyngitis (21%).

"These 12-month results from the phase 2 apitegromab TOPAZ trial have built upon the previously announced exciting 6-month interim results,” Thomas Crawford, MD, professor of neurology, Johns Hopkins School of Medicine and lead investigator of the TOPAZ trial, said in a statement. “There looks to be promising potential for a muscle-directed therapy that will complement the unmet need still evident, and likely emerging, in many individuals with SMA who receive SMN-enhancing therapies. Though much work remains to be done, I believe the results are wonderful news for the SMA community, and I am enthusiastic about the potential that apitegromab may offer for further meaningful functional improvements.”

Scholar Rock just recently presented the interim results from the TOPAZ trial at the Muscular Dystrophy Association (MDA) Clinical and Scientific Conference 2021, March 15-18. The results were consistent with the topline findings, suggesting that apitegromab has the potential to be the first muscle-directed therapy for patients with SMA.2