Specific health-related quality of life measures in physical activities, well-being, cognition, and social activities were improved among those who underwent the laser ablation procedure. 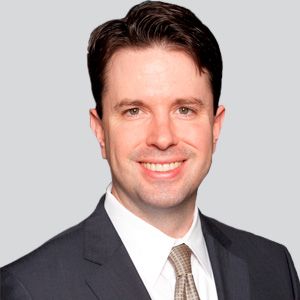 Engel Class 1, which is the freedom of disabling seizures, was obtained in 27.6% of patients. The obtainment of Engel Class 2, considered the disabling of seizures or “almost seizure-free,” was found in 13 of 23 (56.5%) patients. Investigators also noted improvements in depressive features and overall HRQOL. Patients did not demonstrate any changes in intellectual functioning (P = .06) and stable motor functioning, but did show specific HRQOL improvements in physical activities, well-being, cognition, and social activities (P <.05).

READ MORE: REM Not Correlated With Increased Risk of SUDEP

"Taken together, these results suggest that the Mrg-LiTT procedure is sparing of critical neurocognitive and psychological functions, and improvements in HRQOL and depressive features appear evident in children who experience worthwhile improvement in seizure control,” Schraegle et al concluded.

Study measures included in the study were the Wechsler Abbreviated Intelligence Scale (WAS1-2), the Grooved Pegboard test, the Behavioral Assessment System for Children (BASC-2), and the Quality of Life in Childhood Epilepsy (QOLCE) assessment.

For those patients with poorer post-operative seizure control, indicated by Engel class 3 and 4, no changes were noted in intellectual, psychological, and motor abilities. Similar to the patients who obtained Engel Class 1 and 2, those with poorer post-operative seizure control had HRQOL either unchanged or was lower (P = .06), with a significant decline in well-being (P < .01).

Schraegle and colleagues did notice that seizure control outcomes were significantly worse when surgery involved more than 1 target for Mrg-LiTT (r = .43; P <.05). Otherwise, no significant differences in surgical outcomes were observed across any of the patient subgroups (hemispheric dominance, cortical pathology, or surgery side).

Acute hemiparesis and visual field deficit, occurring in 26% and 4.3% of patients, respectively, were among the most common post-surgical complications.

Another study presented at the 2020 AES Annual Meeting observed MrgLiTT in a cohort of 129 children and found that over half of the children treated with the laser ablation procedure achieved seizure freedom at 1-year follow-up, with permanent neurological deficits rarely occurring. These findings mirror those of Schraegle et al and built on the growing literature of the benefits of MrgLiTT.2