Data from a cohort of more than 111,000 women showed that presence of endometriosis increased stroke risk by 34%. 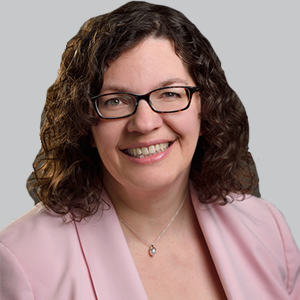 "These findings suggest that women with a history of endometriosis may be at higher risk of stroke," said senior investigator Stacey A. Missmer, ScD, professor of obstetrics, gynecology, and reproductive biology at Michigan State University College of Human Medicine in Grand Rapids, in a statement. “Clinicians should look at the health of the whole woman, including elevated blood pressure, high cholesterol and other new stroke risk factors, not only symptoms specifically associated with endometriosis, such as pelvic pain or infertility."

A chronic inflammatory gynecologic condition, previous research has linked endometriosis to greater risk of hypertension and dyslipidemia. Additional research has pointed to a link between alterations in endogenous inflammatory, immunologic, and hormonal milieu to a subsequent increase stroke risk among these patients. With an interest in learning more about the association between endometriosis and stroke risk, as well as the impact of treatment choices for the condition, Missmer and a team of colleagues sought to estimate these associations using data from the Nurses’ Health Study II, which contained data related to 116,429 female registered nurses aged 25-42 years of age during enrollment in 1989 and followed through 2017.

As part of the Nurses Health Study II, these participants completed biennial questionnaires beginning in 1993 that assessed if they had been diagnosed with endometriosis and whether it or not it had been confirmed by laparoscopy. Diagnoses of stroke, both ischemic and hemorrhagic, were also ascertained through biennial questionnaires that began at enrollment in 1989. Limiting their study to those without a history of stroke, myocardial infarction, cancer, or coronary artery bypass grafting prior to enrollment, or had endometriosis that was not confirmed by laparoscopy. Using these criteria, investigators identified a cohort of 112,056 women with 2,770,152 person-years of follow-up for inclusion in their analyses.

Investigators pointed out there were no differences in the association based on by age, BMI, history of infertility, menopausal status, smoking history, history of hysterectomy or oophorectomy, history of hypertension, history of hypercholesterolemia, history of hormone therapy use, and history of age at menopause. Additionally, sensitivity analyses using all reports of endometriosis, regardless of whether or not it was confirmed via laparoscopy, did not significantly alter results.

"These results do not indicate that women who have endometriosis will have a stroke. Instead, these findings signify only an association of moderate relative risk. The absolute risk of stroke in women is low,” Missmer said. "Women with endometriosis should pay attention to their whole body and discuss added risks and preventive options with their health care team."