Not previously explored, new findings showed links between antiseizure drug prescriptions and incident PD, with trends towards increased risk in those with greater number of prescription issues and multiple AEDs. 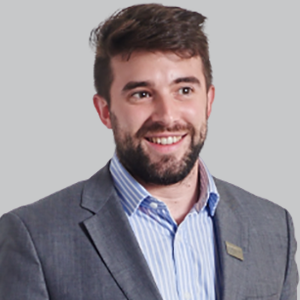 Senior investigator Alastair Noyce, PhD, MSc, MRCP, professor of neurology, Queen Mary University of London, and colleagues started collecting data on patients in 2006, and extracted that data in June 2021. Among the 222,106 patients who had UKB-linked primary care prescription data, 1433 individuals with a Hospital Episode Statistics (HES)-coded diagnosis of PD and 8598 controls were included in the final analysis.

Among PD cases, the majority were male (60.9%), had their race and ethnicity recorded as White (97.5%), and had a median age of 71 (IQR, 65-75) years. Individuals with a self-reported PD diagnosis but no HES diagnostic code were excluded from the primary analysis. Carbamazepine, lamotrigine, levetiracetam, and sodium valproate, the 4 most commonly prescribed AEDs in the United Kingdom, were used as the exposure. Logistic regression models, adjusted for age, sex, and Townsend deprivation index, were used to calculate odds ratios (ORs) and 95% Cis.

"It is plausible that AEDs are associated with drug-induced parkinsonism, which is misdiagnosed (or misrecorded) as idiopathic PD," Noyce et al wrote. "We tried to mitigate the risk of misclassification in our analysis by using stringent definitions of incident PD incorporating multiple sources of diagnostic codes and prescription of PD treatments. Furthermore, to exclude cases of transient drug-induced parkinsonism, which may abate on cessation of the drug, we excluded AED prescriptions within 1, 2, and 5 years of the PD diagnosis date."

When excluding prescriptions issued 1, 2, and 5 years before the diagnosis of incident PD, the association between individual AEDs and PD did not change, except for carbamazepine at 1 year. Additional sensitivity analyses showed that for those with a self-reported PD diagnostic code (n = 410), being prescribed an AED was associated with an increased risk of self-reported diagnosis (OR, 2.23; 95% CI, 1.11-4.48).

Of those with a PD diagnosis, 63.7% had a record of 2 or more issues of a PD medication. Among these individuals, 96% had an HES-coded PD diagnosis, while the remaining 4% were self-reported. With the more stringent definition of PD, strong evidence of an association remained for sodium valproate.

In conclusion, the investigators wrote that these findings, "set the scene and highlight the need for further work to corroborate our findings in other large data sets because these findings could have important implications for clinical decision-making. The underlying reasons for an association between AEDs and PD should be further explored."

Previously, researchers have found associations between PD and epilepsy. In a 2022 case-control study that included 1055 individuals, findings suggested there is a broad range of symptoms that patients present in primary care settings up to a decade before PD diagnosis. Specifically, the study identified temporal associations between epilepsy (OR, 2.5; 95% CI, 1.63-3.83) and hearing loss (OR, 1.66; 95% CI, 1.06-2.58) with subsequent PD, which had not previously well reported. Those findings were then replicated using data from UKB.2