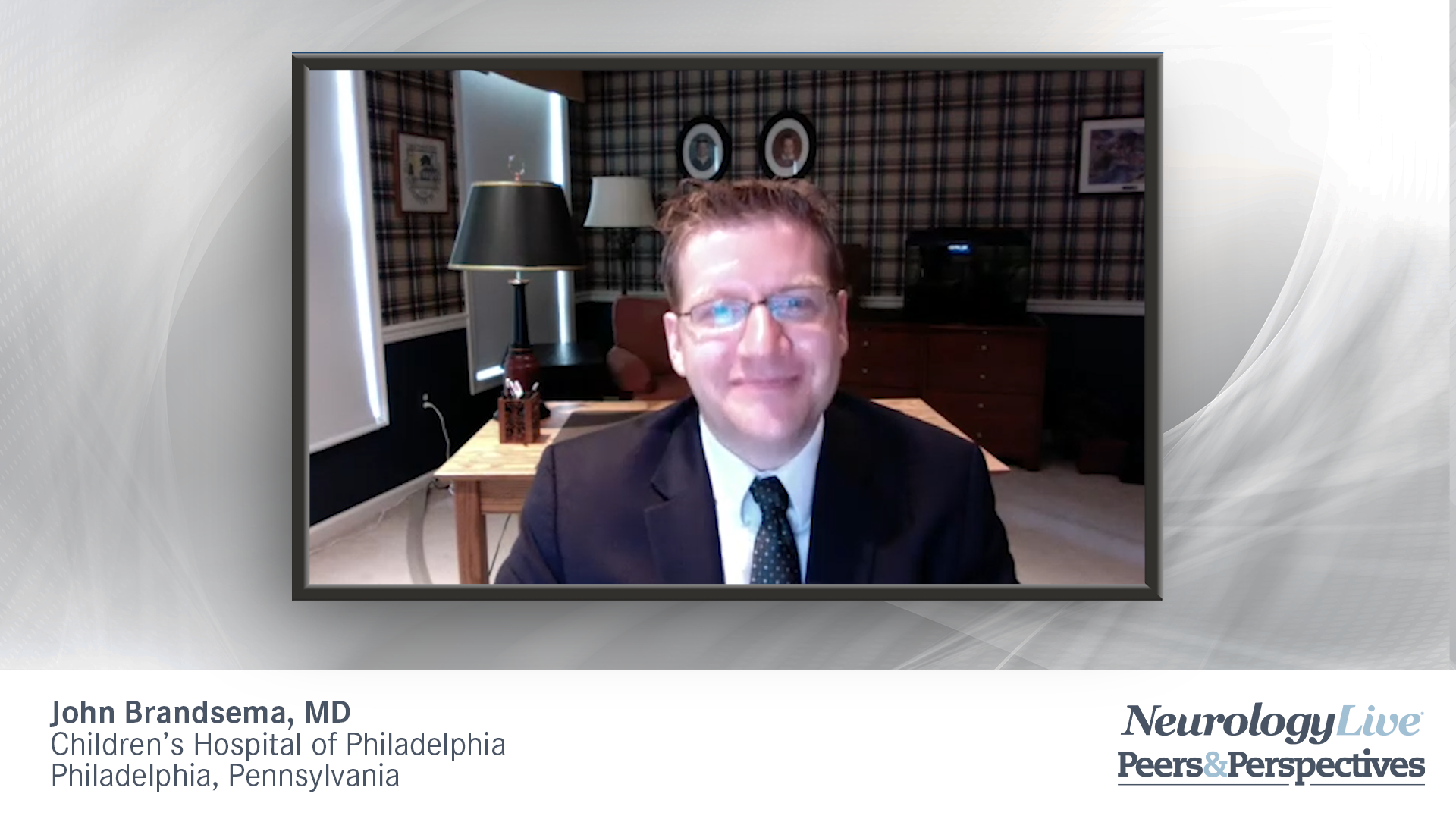 John Brandsema, MD, and Julie Parsons, MD, discuss the approval of nusinersen for the treatment of spinal muscular atrophy and their personal experiences regarding drug safety and administration in patients.

John Brandsema, MD: We have talked a lot about the targeted treatments, but we have not really introduced them yet. I would like to transition there now in our discussion. The development programs have all paralleled each other. The concept emphasizes having a trial for patients with the earliest, most severe type of phenotype, the classical type 1 phenotype; then a trial that looks more at either sitters or walkers, or patients with type 2 or 3; then having a presymptomatic development program. If you take that as the overall framework, you can place all of the different treatment options we have into that development pipeline. We have 3 targeted treatments for SMA [spinal muscular atrophy] in 2021, whereas we had 0 in 2015. It is amazing that in essentially 5 years, we have had this much movement in the treatment landscape of a disease that rarely had options to treat patients.

I am wondering, maybe we should take the historical perspective and talk about what came first, and then we can focus on recent events. With our initial approval in 2016—realistically, early 2017 was when we started using this in the clinic [Children’s Hospital of Philadelphia]—nusinersen, an antisense oligonucleotide [ASO] came onto the scene. That is delivered intrathecally via lumbar puncture [LP] on a schedule where you initially load for 2 months, but then it is switched to a maintenance phase of 3 doses a year, where the target is that SMN2 gene. The hope is to increase expression of the SMN protein that is deficient in patients through essentially including an exon that is usually left out by the SMN2 gene, the exon 7. What we have seen in this development program—the type 1 trial being the ENDEAR study, the CHERISH study for type 2 and 3 patients, and the presymptomatic study, or NURTURE—is that, overall, there has been a response to this treatment that is quite robust in all of the development programs. Can you talk a little about the safety nuances of nusinersen and how that has evolved for you since we have had it in the clinic now for almost 5 years, in terms of treating our patients?

Julie Parsons, MD: Nusinersen has been great, and it has been life-changing for so many patients. Honestly, in terms of safety, with some of the ASOs used in different disorders, there have been issues with thrombocytopenia and renal function abnormalities. Patients, as you know, we screen with coagulation studies, platelet counts, and urine protein tests prior to each dose. There have not been a lot of safety signals, so I have to say that this is challenging because a lot of the kids will say they hate having their blood drawn worse than having the spinal tap to have the nusinersen. Kids with SMA [have veins that are hard to find], and it is problematic to get the blood and get the safety laboratory tests. Since there have not been a lot of actionable items, a number of us tried to see whether the FDA would be able to lighten that recommendation that we do the safety monitoring, and that was not able to be changed. We are still obligated to check blood and urine, but we have done very well. I think now there are more than 90,000 doses of nusinersen that have been given, and the safety profile has been great. Now, because it is given via spinal tap, I will say that we have had issues with post-LP headaches, certainly. Some of the patients, early on, have had a little bit of leakage, or if we have needed to look at MRIs for some reason, they will have a bit of an epidural collection, none of which has been clinically significant. There have been a couple of cases—whether it is truly associated is debatable but is at least on the label— of hydrocephalus, so we do have to think about the LPs themselves in terms of delivery. I think the medication itself has been very safe. We have had no patients for whom we have needed to stop treatment because of safety concerns with nusinersen.

John Brandsema, MD: I think part of the concept of the lumbar puncture is that getting in there in the first place is such a challenge for some of the patients. If there is severe scoliosis, or especially, if the patient has had a prior spinal intervention such as rods or a fusion of their spine, it takes some creativity on the part of our colleagues in interventional radiology to be able to access that intrathecal space. Some patients even have had bone windows and other things done. I think one of the nuances of using this treatment now is, in a lifetime of getting these maintenance doses, is there going to be any point at which access is going to become more challenging? If there were some fibrosis or other things, what does that look like? Also, given the repetitive exposure to anesthetics, can you lighten the amount of procedural support that people need over time to try and avoid the potential impact of that? Or, is it even possible to install some type of implanted device to do get medication in there? These are all the weeds of things when you are thinking about nusinersen. Do you have any thoughts in that category?

Julie Parsons, MD: There are trials underway in terms of looking at devices and indwelling devices, and around the country, people have been creative, sometimes sticking in lumbar Ommaya reservoirs or sticking in a ventricular Ommaya reservoir. Those strategies have not really been studied; it is just a way to get the drug in, so I am a little nervous about those. Some people have done cisternal taps; there have been a lot of access issues. We have done incredibly well by just doing transforaminal procedures; it has not been a huge deal, and as the kids get older anesthesia becomes less and less of a deal. We use Child Life [the Association of Child Life Professionals] resources quite a bit. It is not such a big deal, but I love the idea of doing a trial looking at indwelling devices to say, “Can you wheel into my office? I can swab you off and access your port, and boom, you’re treated.” That would be fantastic. That is underway. By the same token, as you know, there is another trial underway, the DEVOTE trial, which is looking at the dosage of nusinersen because some patients—particularly, for me, the older patients—will complain about a wearing off effect. Just prior to their next treatment, maybe a week or so before, they will feel as though their treatment is wearing off; they are little weaker, and they like the boost. That trial is underway as well to see if a higher dose of nusinersen is going to be something that would be helpful for these patients. All these need to be investigated.

John Brandsema, MD: I completely agree with everything you said.