Future analysis evaluating the optimal candidate for disease and duration of treatment for the use of tofacitinib in autoimmune encephalitis is needed, according to the study authors. 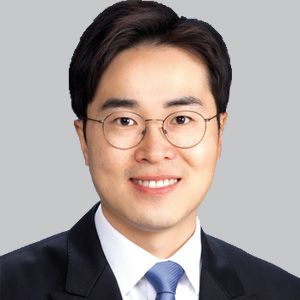 Findings published from a retrospective study evaluating the off-label use of tofacitinib (Xeljanz; Pfizer) in a small cohort of patients with refractory autoimmune encephalitis suggest there may be potential for the drug as a therapeutic.1

Among patients who reported a partial response, tofacitinib stopped the worsening in patients 3 and 5 who were in the course of disease exacerbation. Of note, severe dyskinesia was improved in patient 6.

Mild nausea and transient neutropenia without fever, each found in 1 patient, were the only adverse events (AEs) recorded in the study, both tolerable in nature. No other patients had AEs. The researchers also examined cytokine profiles in 5 patients whose samples were available but found no significant differences between the good response group and the others.

Patient 1, who was among the 2 who showed good response, showed severe cognitive dysfunction and gait instability with a Clinical Assessment Scale in Autoimmune Encephalitis (CASE) score of 13, Mini-Mental State Examination (MMSE) score of 13, and modified Rankin Scale (mRS) score of 4 at presentation.

After 1 month of treatment with tofacitinib, the patient’s condition drastically improved. The symptoms improved to CASE score of 2 and mRS of 2 with only mild memory impairment. Brain MRI also revealed no more diffusion restriction or leptomeningeal enhancement. Kang and colleagues noted that he’s remained on treatment with tofacitinib monotherapy for 16 months without any AEs.

Case 2 (patient 8) was a 24-year-old man who was referred to an intensive care unit (ICU) for NORSE. The NORSE continued for 2 months, even after treatments with multiple antiepileptic drugs (AEDs) and anesthetics.

After receiving tofacitinib 5 mg twice daily, 4 months after the disease onset, the patient had improved rhythmic burst shown by EEG by as early as day 10. Additionally, they showed a small amount of theta to delta waves with no definite epileptiform discharge on day 16, without any additional immunotherapy AEDs.

"Further analysis is required to find the optimal candidate for disease and duration of treatment for the use of tofacitinib in autoimmune encephalitis,” Jang et al wrote.