The vice president and head of the Neuromuscular Development Unit at Biogen, and study coauthor, offered insight into the findings of a phase 1/2 trial of the SOD1-targeted antisense oligonucleotide. 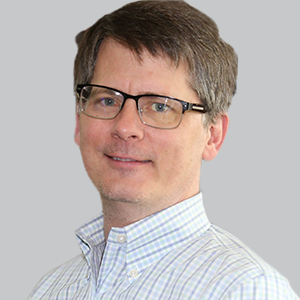 This is the first of a 2-part interview. To read part 2, click here.

This month, data from a phase 1/2 trial of Biogen’s investigational agent tofersen (NCT02623699) were published. They ultimately suggest that the antisense oligonucleotide reduces the concentration of superoxide dismutase 1 (SOD1) in the cerebrospinal fluid (CSF) of patients with amyotrophic lateral sclerosis (ALS) due to SOD1 mutations.1,2

Over a period of 12 weeks, the difference in the change from baseline in CSF SOD1 concentration favored those administered intrathecal tofersen, which was assessed in a number of doses—20 mg, 40 mg, 60 mg, and 100 mg&mdash;compared to placebo across doses. The safety profile showed CSF pleocytosis in some participants receiving tofersen, and lumbar puncture-related adverse events (AEs) in most participants.

Biogen noted that the agent is part of its genetic approach to developing treatments aimed at validated targets in ALS. To find out more about the study and its results, NeurologyLive inquired about the data with study coauthor Toby Ferguson, MD, PhD, vice president, and head, Neuromuscular Development Unit, Biogen.

NeurologyLive: What were the findings of this assessment?

Toby Ferguson, MD, PhD: This was a phase 1/2 of tofersen in SOD1 ALS patients. There's a range of SOD1 mutations and these individuals have a devastating disease, often leading to weakness and the gradual deterioration of your ability to speak, talk, and eventually breathe. In the article itself, the data as a whole is what was the exciting part, and there are a couple of key components to that.

One, this is a genetically targeted therapy, and so we're really trying to knock down that SOD1 protein. The antisense oligonucleotide, or ASO, gets into the cells and should knock down SOD. One of the key outcomes in this study is that the molecule got in and we saw at the highest dose—100 mg&mdash;a reduction of SOD1 in the spinal fluid, so the drug, in that case seems to be doing what it's supposed to be doing. That's the key fundamental finding.

The other piece of chemical data that's really exciting is that the reduction of neurofilament that we observed, which also suggests that the molecule is doing something important. Neurofilament is a general marker of axon integrity, and it's known to be increased in a number of different neurodegenerative diseases including ALS. In particular, in the fast-progressing patient subgroup, there was a very high level prior to administration of tofersen, and that fast-group's level appeared to come down after treatment with tofersen. Those are 2 pieces of very important biochemical data.

I should also highlight that the safety supported the drug being moved forward into further development. The key findings there are really that the most common adverse events were headache, procedural pain from the lumbar puncture, back pain, and falls. This was largely consistent with the route administration lumbar punctures.

What really caught our attention is the clinical data—and it's not any 1 piece of clinical data but all 3 pieces that we report on&mdash;that really is this idea that if you if you look in the overall group and you look in the faster progressive patients at the 100 mg cohort, what we observed is that a commonly used measure of ALS function, the ALS Functional Rating Scale-Revised, we saw a lessening of the decline in patients who are treated at 100 mg. We also saw a lessening of breathing difficulties as measured by vital capacity, and we had a measure of strength (handheld dynamometry or HHD)HHD, and that also didn't decline. Of course, in this trial the number of participants was small and the duration of dosing only 3 months, so these results have to be confirmed. But, just looking at the point estimates and the confidence interval suggests there could be a meaningful difference in these 3 clinical outcome measures. What we're most excited about, is all of the data together. It's the totality of the data that becomes quite interesting. The drug gets in, does what we think it should be doing, a downstream biochemical marker is consistent there, the neurofilament, and then all 3 of the pieces of clinical information measured, were also consistent. While we certainly haven't formally proved the efficacy of this drug, it certainly makes us excited and to want to sort of move this drug forward into our phase 3 testing, which we've done.

How does this add to the existing understanding of this specific agent?

This is the first written report. We had a meeting presentation, but this is the first written report of a genetic therapy having a potential clinical effect for SOD1 ALS, and that's quite novel. I also think that it suggests more broadly that if you pick the right target, that ALS could be a treatable disease, and it really supports this idea that developing genetically targeted therapies may be a meaningful path forward for patients.