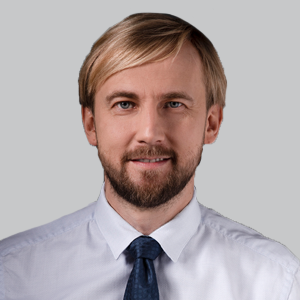 Findings from a trial of antibody-negative patients with overlapping features of neuromyelitis optica spectrum disorder (NMOSD) and multiple sclerosis (MS) showed that total N-acetylaspartate (tNAA), but not total choline (tCho) or myo-inositol (Ins), was significantly lower in those with more MS-like features when compared with the classic NMOSD-like group.1

Patients included in the study had at least 1 NMOSD feature as per 2007 criteria, were seronegative for both aquaporin-4 and MOG antibodies and had recurrent disease course. Additionally, individuals had seropositivity assessed by the 2015 seronegative NMOSD criteria, which requires the involvement of at least 2 sites, most frequently the optic nerve and the spinal cord, with additional radiological requirements suggestive of NMOSD. After exclusions, 16 patients who had spectroscopy data were included in the final analysis.1

Not only did the findings show differences in levels of NAA, but between the MS-like subgroup and classic NMOSD-like subgroup, the tNAA was 47.8% lower in those with MS-like disease (Tukey, t(5) = –3.365; P = .025). While EDMUS grading scale scores did not significantly differ between the 4 subgroups, investigators did observe a negative correlation between tNAA and EDMUS (r = 0.514; P = .042) and a trend towards a positive correlation between Ins and EDMUS (r = .492; P = .053) in the total NMOSD/MS cohort. Moreover, tNAA showed a positive correlation with cervical cord and cross-sectional area.

"While interpreted with caution due to small numbers, these observations could suggest that ‘NMOSD-like with brain involvement group,’ where disability is related to significant neuronal loss in the cervical cord as measured by tNAA, is more similar to MS, but different from ‘classic NMOSD-like’ subgroups,” Jurynczyk et al wrote.1 "It is possible that ‘classic NMOSD-like’ could be a milder form of NMOSD mediated by yet undiscovered antibodies, while ‘NMOSD-like with brain invovlement’ could have a different more destructive etiology."

When assessing the interaction between disability and metabolite level within distinct subgroups, the model, which included an interaction between the slopes and the grouping variable, was significantly better than the simple 1 assuming the same slopes in the groups (F = 6.4461; P = .01579) meaning that tNAA level is not related to the disability the same way in distinct groups. Specifically, in the spinal MS-like group, the disability increases more dramatically with the tNAA decrease when compared with NMOSD-like with brain involvement cases.