Vamorolone, an investigational agent for Duchenne muscular dystrophy, showed an initial disease-modifying effect that was maintained over a follow-up period of 48 weeks. 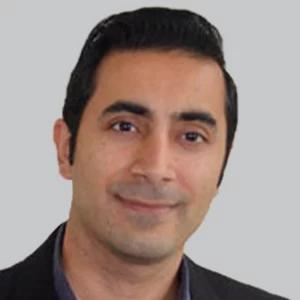 After 24 weeks of treatment with vamorolone, delayed starters demonstrated improvement on multiple efficacy outcomes including Time to Stand Test (TTSTANDV)(week 48 vs week 24, P <.05). Between the two groups, early-starters on vamorolone 6.0 mg/kg/day had increased outcome means relative to the delayed-starters for all 5 outcomes at all time points except for 10 Meter Walk Test.

At the end of the 48-week period, only the mean for Time to Climb Test was statistically significant between early- and delayed-starters (P <.05). Although the data were not provided, investigators noted that other comparisons (vamorolone 2.0 mg/kg/day throughout vs placebo-to-vamorolone 2.0 mg/kg/day or pooled dose groups) yielded similar findings for the most part.

In the original analysis published in June 2021, both the low- and high-dose groups showed strong efficacy in the study’s primary and secondary end points. The primary end point, superiority in change of TTSTAND velocity, was represented by a difference of 0.06 (95% CI, 0.02-0.10) rises per second from baseline in the treated group (P = .002). These patients had clinically relevant improvements in TTSTAND from 6.0 to 4.6 seconds whereas those in the placebo group had deteriorations from 5.4 to 5.5 seconds.2

Vamorolone showed a favorable safety and tolerability profile over prednisone, the comparator drug in VISION-DMD. The 24-week study was completed by 114 of 121 patients (94%). Both the high- and low-dosages showed favorable safety and tolerability profiles. No patients treated with vamorolone discontinued the study due to treatment-emergent AEs (TEAEs). The vamorolone-treated group had 96 TEAEs in the low-dose group and 91 TEAEs in the high-dose group compared with 120 TEAEs in the prednisone-treated group. High-dose vamorolone was found to be significantly superior to prednisone (P = .02) in a prespecified analysis of clinically relevant AEs.

In November 2021, Santhera and ReveraGen announced the successful completion of a first pre-new drug application meeting with the FDA for vamorolone for the treatment of DMD. In its conclusions from the meeting, the FDA agreed that the efficacy shown in VISION-DMD supports an NDA application and that the results from VISION-DMD and the open-label studies provide sufficient safety data to support an NDA filing. Based on this feedback, the companies stated that they would initiate the rolling NDA submission in Q1 of 2022 but have yet to do formally submit at this point.3