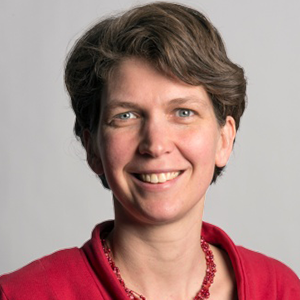 The use of wearable sensors to measure functional performance in patients with facioscapulohumeral muscular dystrophy (FSHD) is feasible and reliable, with investigators further concluding that data correlated with multiple clinical outcome assessments, activities of daily living, and mobility. Findings from the assessment may provide data on disease progression and treatment efficacy in future clinical trials in FSHD.1

Data from 14 patients with genetically confirmed FSHD1 were recently presented at the 2022 Muscular Dystrophy Association (MDA) Clinical & Scientific Conference, March 13-16, in Nashville, Tennessee. Participants between the age of 18 and 65 years were included in the study, which spanned 60 weeks. In addition, patients had a clinical severity score between 2 and 4 (range, 0-5) and received15-mg losmapimod twice daily.

There was a 99% compliance rate for wearing the devices, and monitoring averaged 2626 hours per patient, with all participants monitored for a total of 2941 days, or 36,758 hours. There were multiple parameters calculated from patients’ upper and lower extremities, which were found to be reliable (ICC > .90), and investigators, including Nicol Voermans, MD, PhD, associate professor, neuromuscular center, Radboud University Medical Center, in Nijmegen, the Netherlands, noted that analysis of correlations with clinical assessments would be reported.

Patients were provided with Actimyo wearable activity monitoring devices that were worn on 1 wrist and on 1 ankle during the open label study of losmapimod in FSHD. Alternating 2 weeks on and 2 weeks off until study completion, activity was monitored during the day in an outpatient setting. Voermans et al collected data during an 8-week baselining period, prior to initiating treatment, where similar wear frequency was observed. Movements of upper and lower extremities were prescribed that were to be performed twice daily.

“Evaluation of clinical outcome assessments in FSHD is challenging due to the variable onset, severity, and progression. Fulcrum [Therapeutics] is evaluating the safety and efficacy of losmapimod for the treatment of FSHD with selected clinical outcome assessments in the ongoing OLS,” Voermans et al wrote. “Assessment with wearables may be a sensitive measure of upper extremity function, activities of daily living and mobility in FSHD.”

Three Opal inertial sensors (APDM Wearable Technologies) were attached to both feet and to the posterior trunk at the level of L5 with elastic Velcro bands. Between those with DCD and HCs, there was no difference in general turning measures. In contrast, LVC and OutwardAcc revealed group differences for all turning conditions, specifically between those with ataxia and HC (P <.006), with highest effect sizes (δ > 0.68) in the RLT condition. Moreover, the LVC revealed differences between preataxia subjects and HC for the RLT condition (P = .029; δ = 0.53). Among a subgroup with genetic mutations in SCA1/2/3, this difference was confirmed, also with a large effect size (P = .007; δ = .82).