Further associations with lowered risk of Parkinson were observed with BMI and coffee intake. 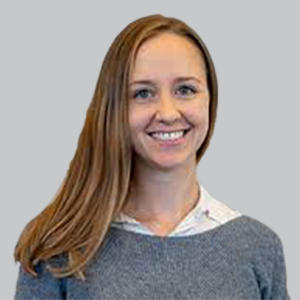 Data from a recent study published in Neurology suggest that vitamin E and C intake may be inversely associated with the risk of developing Parkinson disease.

Hantikainen and colleagues analyzed dietary intakes from 41,058 participants from the Swedish National March Cohort, 465 of which developed Parkinson disease during the 17.6-year follow-up. Participants were a mean age of 76.4 years (standard deviation [SD], 9.0) at Parkinson diagnosis. Information about diet was obtained through questionnaires that also assessed demographic information (FIGURE). 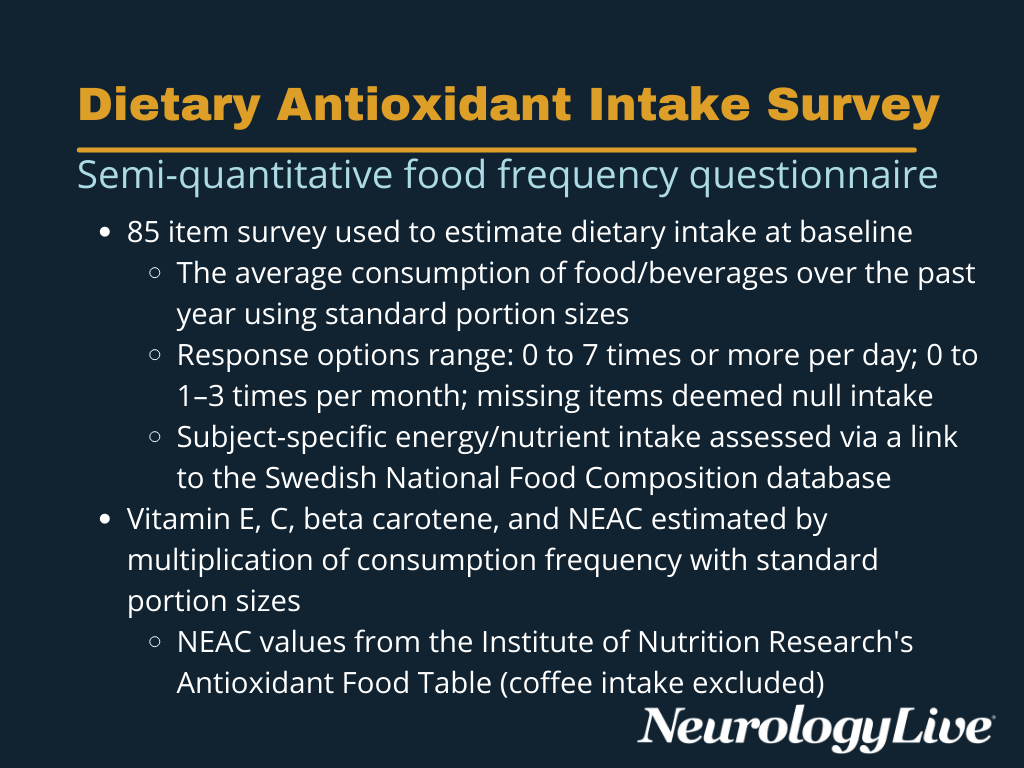 Hantikainen and colleagues found that participants with higher vitamin E and C intakes had lower risk of developing Parkinson disease. Participants who were in the highest tertile of both vitamin intakes had a 38% lower risk (HR, 0.61; 95%CI, 0.43–0.89) when compared to participants at the lowest tertile of both vitamin intakes. The authors did not find any linear relationship to show evidence of a dose response for either vitamin C (P = .16) or vitamin E intake (P = .25). They did not find any evidence of beta-carotene (P = .85) or NEAC (P = .16) associations with the risk of Parkinson disease.

“Although more research is needed to better understand how our diet might help to protect from the development of Parkinson disease or slow down the progression of the disease, I believe it is never wrong to recommend a healthy and balanced diet, as it does improve our health in many ways,” Hantikainen said.

Hantikainen and colleagues also analyzed associations by subgroup and found that both vitamins had stronger effects in overweight and obese subjects, with participants in the higher tertiles of weight at a 56% lower risk of developing Parkinson disease than those in lower tertiles with vitamin E (HR, 0.44; 95% CI, 0.29–0.67; P <.001 and a 48% lower risk with vitamin C (95% CI, 0.34–0.81; P = .002). There was also evidence that this effect is modified by body mass index (BMI) on the multiplicative scale (P for likelihood ratio test for both vitamins = .02).

The authors also found that dietary vitamin C had a stronger effect in participants with low coffee intake, with participants in the highest tertiles at a 46% lower risk for developing Parkinson disease than those in lower tertiles (95% CI, 0.33–0.91; P = .02).

“In our study we focused only on vitamins E, C and beta-carotene and NEAC. There are many related areas of research that need to be further investigated to better understand how our diet might affect the risk of developing Parkinson disease,” Hatikainen told NeurologyLive.