The harmful association seen with antidepressants is complicated by their need in patients with HD and mood disturbance. There were also associations identified with alcohol and substance use. 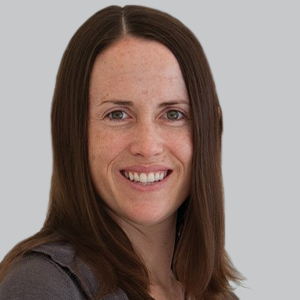 Data from a recent study suggest that previously reported, non-genetic factor associations with Huntington disease (HD), such as light and moderate alcohol, use are reduced and not significantly linked after propensity score (PS) weighting.

Lead author Beth Ann Griffin, PhD, senior statistician, RAND corporation, told NeurologyLive that “our findings will have an impact on patients with or at risk for HD. The work was driven by the desire to understand how different types of lifestyle choices might impact progression of the disease for individuals who are either premanifest or in the earlier stages of HD.”

“A key question for virtually all individuals living with or at risk of the disease is: Are there things I can change in my life to delay onset/slow down progression? We wanted to better understand the answers to this question,” she added

“To our knowledge, our study is the first to use propensity score methods to assess the effect of modifiable, non-genetic factors on HD progression. Prior work has primarily used multivariate regressions to draw inferences about the effects of non-genetic factors on HD progression. Such methods are susceptible to baseline imbalance and our findings highlight the potential of PS weighting in understanding the effect these factors have on HD,” Griffin and colleagues wrote in the paper.

Using PS weighting also reinforced other previously seen associations with HD. Unweighted, current substance use had an ES of –0.27 (95% CI, –0.46 to –0.08) and the PS weighted ES was –0.24 (95% CI, –0.51 to 0.03). Both values indicate a slight protective effect on HD progression. Antidepressant use had an unweighted ES of 0.10 (95% CI, 0.04–0.16) and a PS weighted ES of 0.13 (95% CI, 0.05–0.21). Both values represent a significantly harmful association with HD progression, but this association must be weighed against the importance of antidepressants on participants’ welfare and warrants further study on the clinical management on patients with HD and mood disturbance.

Griffin told NeurologyLive that further studies on the protective effect of medical marijuana, cannabidiol and/or tetrahydrocannabinol “would be a potentially meaningful avenue for future research” and that diet and exercise “would both be important factors to study in future research as well.”

Griffin and colleagues concluded the paper by writing that “despite our study’s limitations, we believe the work showcases the potential value of PS weighting for analyzing observational data, highlighting important methodological and substantive findings for all neurodegenerative disease as we broaden healthcare options to include lifestyle factors and disease modifications.”