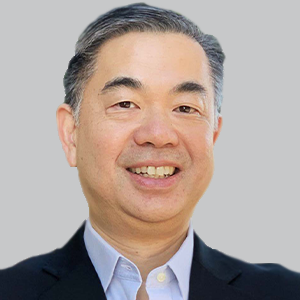 Zosano Pharma announced that its investigational therapy, zolmitriptan transdermal microneedle system (Qtrypta), demonstrated rapid and robust improvement in the rates of pain relief and pain freedom at 2 hours in patients with migraine during post-hoc retrospective analyses from the previously published ZOTRIP trial (NCT02745392).1

Results from the post-hoc analyses also suggest that the therapeutic gain for pain freedom, instead of pain relief, may be a more reliable end point for evaluating early onset of action. The therapeutic gains at 30 minutes after treatment with zolmitriptan are consistent with recently published criteria for evaluating early onset of action published in Cephalalgia, according to Zosano.

The agent is a proprietary formulation of zolmitriptan that is delivered using the company’s ADAM (Adhesive Dermally Applied Microarray) intracutaneous microneedle system, which penetrates the epidermis and dermis and delivers the drug quickly into the bloodstream.

The original data from the double-blind, placebo-controlled, parallel-group, multicenter phase 2/3 ZOTRIP clinical study were published in February 2017. Investigators in the trial evaluated the efficacy, safety, and tolerability of zolmitriptan in 1-mg, 1.9-mg, and 3.8-mg doses versus placebo.2

The results of the trial led to Zosano filing for a new drug application (NDA) for zolmitriptan in March 2020, with a scheduled Prescription Drug User Fee Act (PDUFA) date of October 20, 2020. A month prior to the PDUFA date, the FDA issued a discipline review letter (DRL), conveying some preliminary deficiencies the agency highlighted during its review of the application.3

Zosano later announced that October that it had received a complete response letter (CRL) from the FDA for in correlation with the NDA it had submitted. The CRL noted differences in the exposure levels of zolmitriptan observed between subjects who received different lots of the drug in the company’s trials as well as inadequate pharmacokinetic bridging between the lots that made the interpretation of some safety data unclear.4

The company did not comment on the status of the NDA, or when it expects to hear a response back from the FDA.