The Need for Prognostic Indicators in Pediatric Multiple Sclerosis 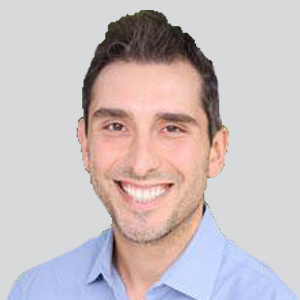 Jonathan D. Santoro, MD
Multiple Sclerosis (MS) IS a chronic disease that typically begins in early adulthood, with onset during the third or fourth decade of life. Pediatric-onset MS is not common, and it is estimated that 2% to 5% of those with MS experience their first attack before age 16.1 Although the diagnosis of pediatric MS has been on the rise, experts are unsure whether the disease is becoming more prevalent or if it is being better recognized in the clinical setting.1

The formal criteria for diagnosing pediatric MS was established relatively recently.2 Jonathan D. Santoro, MD, a pediatric neurologist and assistant professor of neurology at Keck School of Medicine of the University of Southern California in Los Angeles, told NeurologyLiveTM that with the development of formal diagnostic criteria for pediatric MS, there has also been an increase in the identification of incidental or isolated radiologic signs of central nervous system (CNS) demyelination in children. He explained that this upsurge is at least partially due to the greater use of brain magnetic resonance imaging (MRI) in the work-up of relatively common pediatric conditions such as migraine and concussion.

MS can have a major impact on a child’s physical, cognitive, and neuropsychological development. Mary Rensel, MD, assistant professor of medicine at Cleveland Clinic Lerner College of Medicine in Ohio, has been studying risk factors and optimal treatment strategies for pediatric MS at Mellen Center for Multiple Sclerosis, one of 12 national centers that are part of the Network of Pediatric MS Centers. Rensel told NeurologyLiveTM that MS tends to follow a more aggressive disease course and cause more frequent relapses in children than in adults, but brain recovery after an episode tends to better in children than adults. Early treatment in the pediatric population can have a major impact on the disease course and, ultimately, a patient’s physical and cognitive abilities, just as it does for adults with MS.

Because of their similarities in clinical history, symptoms, physical findings, and diagnostic test results, demyelinating episodes defined as acute disseminated encephalomyelitis (ADEM) are often also formally diagnosed as clinically isolated demyelinating syndrome (CIS).3 “In some children, episodes of ADEM or CIS are the first sign of subsequent MS, although ADEM tends to be more severe in the acute phase and less likely to be associated with a recurrence,” Santoro said. However, distinguishing MS from ADEM and CIS is not always straightforward.

Treatment of pediatric MS is often complicated by concerns about the long-term effects of therapy in children. Nevertheless, in addition to the short-term steroids and immunosuppressive therapies typically used for treating acute CNS demyelinating events, neurologists also use maintenance disease-modifying therapies (DMTs) to prevent recurrent demyelinating events in children.4 “Children [who have] MS who are treated with high-efficacy MS medications tend to do better in terms of the cumulative effects of the condition than those who are not treated with these medications,” Rensel said. That is similar to what is being observed in adults.

The FDA approved fingolimod in May 2018 for use in children over age 10—the first DMT approved for that indication.5 A pivotal trial published by Chitnis et al in the New England Journal of Medicine compared the outcome of fingolimod with that of interferon beta-1a among a group of 215 pediatric patients (average age, 15.3 years) with MS using a primary end point of annualized relapse rate and a secondary end point of new or newly enlarged lesions on T2-weighted MRI.6 According to the results, fingolimod was associated with better outcomes in both the primary and secondary end points compared with interferon beta-1a. “Among pediatric patients with relapsing multiple sclerosis, fingolimod was associated with a lower rate of relapse and less accumulation of lesions on MRI over a 2-year period than interferon beta-1a but was associated with a higher rate of serious adverse events,” the study authors reported.6

New-generation DMTs besides fingolimod are commonly used off-label in the pediatric population to manage MS, Santoro said, adding that he agrees that high-efficacy treatments are more effective than interferons in clinical practice, especially early on. The higher risk of adverse effects (AEs) associated with high-efficacy DMTs, however, can cause a degree of hesitancy in starting treatment in a child who has had just 1 demyelinating event. Furthermore, initiating a DMT in a child who has not had recurrent events eventually raises the question of when to stop the medication. This points to the value of finding measurable markers that could be used to identify the subset of pediatric patients who have the most to gain from early use of high-efficacy DMTs.

Because of the many unanswered questions regarding the long-terms effects of the disease on children and concerns regarding AEs of therapies, there is greater urgency to identify prognostic indicators that can point to the likelihood of recurrent or more severe demyelinating disease and, in turn, identify patients who require DMTs.

Santoro, who has been studying the significance of myelin oligo- dendrocyte glycoprotein (MOG) antibody, told NeurologyLiveTM that 50% of children who present with ADEM are MOG antibody positive. The glycoprotein is involved in the myelination of nerves in the CNS; the presence of MOG antibodies is associated with demyelination, but the initial trigger for their production is not clear. “Children who seroconvert to negative have a lower risk of relapse than those who stay positive at the 6-month mark,” Santoro said. His research suggests that MOG seropositivity has complex implications in the prognosis of ADEM.3

MOG antibodies are seen in a number of inflammatory disorders, suggesting that this may be an “indiscriminate biomarker,” Santoro said, with variations in the range of positivity, even among similar conditions (FIGURE).7 Santoro, along with coauthor Tanuja Chitnis, MD, professor of neurology at Harvard Medical School and associate neurologist at Brigham and Women’s Hospital in Boston, Massachusetts, wrote that “the rates of MOG antibody seropositivity are much higher in cases of ADEM than in cases of NMOSD [neuromyelitis optica spectrum disorder], CIS, MS, or other less defined demyelinating events such as ON [optic neuritis] or TM [transverse myelitis].”3 This suggests that MOG antibodies may be a good prognostic marker of a patient with ADEM versus CIS or MS, who is likely to not have repeated exacerbations that would eventually be seen in a person with MS, they said.

"Children (who have) MS who are treated with high-efficacy MS medications tend to do better in terms of the cumulative effects of the condition than those who are not treated with these medications," said Mary Rensel, MD.

Although there is not yet a well-defined or reliable prognostic indicator for recurrence of demyelination in pediatric MS, MOG may help identify patients whose acute demyelinating episode may indicate a non-MS disease course.8

Although MOG antibodies are among the more promising biomarkers being explored to assist with differential diagnosis and prognostication of pediatric MS, other patient and disease characteristics have shown promise.

Results of a longitudinal study of pediatric patients with CIS9 suggested that female sex and multifocal onset are risk factors for a second demyelinating event. In addition, the analysis suggested that patients with multifocal or isolated spinal cord or optic neuritis involvement at onset have a significantly higher incidence of a first Expanded Disability Status Scale (EDSS) score–worsening event compared with patients with an isolated supratentorial or brainstem syndrome. In agreement with Rensel and Santoro, the study authors found that treatment with DMTs reduced both the risk of relapse and EDSS-worsening events.9

Despite the relatively low prevalence of pediatric MS, the Network of Pediatric MS Centers Database is consolidating data and identifying trends that are illuminating our understanding of the risk factors and early signs of the disease. In addition to the early use of high-efficacy DMTs, lifestyle factors have been shown to modify the disease course.10 “Children with MS who consume a diet richer in vegetables have better clinical outcomes than children who consume fewer vegetables,” Rensel said. “Exposure to secondhand smoke is a strong risk factor for childhood MS, and exposure to pesticides may be a risk factor, as well.”