Bogged down by a decades-long chase for a common pathology, investigators exploring alternative and complimentary theories are pushing to extend their time in the spotlight.
By: Nicola Davies, PhD
Published: October 31, 2019 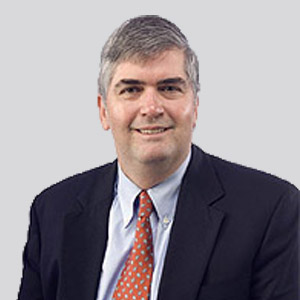 George Perry, PhD
One of the greatest and most persistant challenges in the prevention and treatment of Alzheimer disease (AD) is difficulty in understanding its pathology1 and establishing consensus between researchers and clinicians on the topic. It has become increasingly clear that AD is multifactorial and that pursuing a singular pathology may be misguided. “There may be numerous insults that all lead to AD pathology,” George Perry, PhD, Semmes Foundation Distinguished University Chair in Neurobiology at the University of Texas at San Antonio, said in an interview with NeurologyLiveTM. “The field has been chasing a common patho- genesis when what we observe is a common response. We would not expect inflammation to have a single cause, so why would we expect the same for AD pathology?”

Among the changes associated with AD that occur in the brain, 2 have sparked particular interest among researchers: the accumulation of amyloid-β, whose plaques impair communication between neurons at synapses and contribute to neuronal damage, and the build up of twisted strands of tau proteins within neurons, restricting the transport of nutrients and other molecules. Referred to as the amyloid hypothesis or amyloid cascade hypothesis,2,3 the toxicity of these amyloid plaques and tau tangles is thought to trigger an inflammatory response, resulting in cell death, brain atrophy, and functional degeneration.

Endorsed by the Alzheimer’s Association2 and the National Institute on Aging (NIA),3 the amyloid hypothesis has been the primary target of numerous drug development pipelines, but with little success.4 Efforts to stop or reduce the production of amyloid beta or remove it from the brain have been attempted by using monoclonal antibodies (mABs) and gamma secretase inhibitors (GSIs),5 but no investigational therapy has hit its end point.4

“Targeting amyloid is appealing as a therapeutic target, as it is extra-neuronal and is associated with toxicity to the milieu,” wrote Marwan Sabbagh, MD, and colleagues in a 2017 review.4 “However, amyloid does not correlate with cognitive decline in the symptomatic phase of the dementia, which could explain why the mABs have not succeeded to date.”

Perry added that “amyloid is an antioxidant response to oxidative stress, so removal, especially during normal aging, could be detrimental. To advance AD research, we need to be more open to the biology of the brain.”

One theory of AD pathology, that the condition is caused by infectious microbes such as viruses, bacteria, and fungi, has faced significant criticism in the past. However, recent research has generated fresh interest in this theory.

Although the role of microbes in AD has been tossed around since the 1950s,5 the idea had little impact until it was resurrected by Ruth Itzhaki, PhD, MSc, MA, and her team at the University of Manchester. This first occurred in 1991 when they discovered herpes simplex virus type 1 (HSV1) DNA in the brains of elderly people, including patients with AD.6 The second instance was in 1997 when they proposed that carriers of the epsilon 4 allele of apolipoprotein E (APOE ε4) who have HSV1 present in their brains were at a significantly high risk of AD, whereas either of these features alone presented a much more insignificant risk.7

“We showed that although HSV1 was probably in a latent state, usually in the brain, it could be reactivated, leading to an active infection—although presumably one of limited extent,” Itzhaki told NeurologyLiveTM. “We suggested that this occurred intermittently, with damage accumulating and leading eventually to development of the disease. We discovered that HSV1 infection of cell cultures caused the accumulation of β-amyloid and AD-like tau and infection of mice led to deposits of beta amyloid in their brains. In AD brains, most of the viral DNA is localized within amyloid plaques. Treatment of HSV1-infected cells with antiviral agents greatly reduced the accumulation of beta amyloid and AD-like tau.”

Rather than spark wide interest and encourage further research, Itzhaki’s hypothesis generated significant criticism and hostility from the AD research world. Although not in complete disagreement with the amyloid hypothesis, Itzhaki implicates HSV1 as leading to the formation of amyloid plaques and tau tangles8 and APOE ε4 as responsible for the negative effects of the virus. “How the 2 [HSV1 and APOE ε4] interact is unknown,” she said, “but there are many cases where a genetic factor determines whether an individual is seriously or mildly infected and affected by an infectious agent or whether the person is infected but not affected.”

Taking Itzhaki’s work a step further, Rudolph Tanzi, PhD, the Joseph P. and Rose F. Kennedy Professor of Neurology, Harvard Medical School, vice chair of neurology, and director, Genetics and Aging Research Unit at Massachusetts General Hospital, along with colleague Robert Moir, PhD, assistant professor of neurology at Harvard Medical School and Mass General, found that particular bacteria or viruses that get into the brain through a compromised blood-brain barrier, or that get activated in the brain, trigger the deposition of amyloid beta protein as a defense mechanism.9 The amyloid beta adheres to and traps the microbes by forming plaques around them to protect the brain from damage from the bacteria or viruses, they said.

“Although the amyloid-β protein starts with the intention of protecting the brain from the damage of viruses, the plaques it forms cause tau tangles within the neurons that eventually cause inflammation and neuronal cell death,” Tanzi and Moir said. Even the tau tangles that form within neurons try to block the spread of the herpes virus, they noted, which typically travels along the axon of a neuron and crosses the synapse onto another neuron.

The HSV1 pathogen is not the only microbe implicated in the pathology of AD. There is also a case to be made for human herpesvirus 6 and human herpesvirus 7, which have been found in higher concentrations in the brains of people with
AD who died compared with levels found in controls.5 With several microbes inhabiting the brain, Tanzi and colleagues have set out to uncover the bacteria, fungi, or viruses that interact with amyloid beta as part of the Brain Microbiome Project.

Other researchers have expanded beyond the brain, linking microbiota found in the gut to AD10 (FIGURE),11 as well as noting a rela- tionship between periodontitis and AD.12,13 These pathologies and risk factors could be taken as evidence that AD pathology is multifactorial, as Perry suggested, or that we don’t yet know as much as we think we do about the disease.

“One reason why the amyloid hypothesis is being challenged is that in the brains of many elderly people there is a lot of amyloid presence, yet they’re cognitively normal. So, obviously, if amyloid beta causes AD, if you have a person whose brain is filled with amyloid beta, you would assume that this person should have a cognitive impairment,” said Miroslaw Mackiewicz, PhD, program director for the Integrative Neurobiology, Sleep & Biorhythms section in the
Neurobiology of Aging Branch of the Division of Neuroscience at the NIA. “However, we have plenty of examples where we can find amyloid beta in the brain using imaging technologies, and these people are cognitively normal. This is an important discrepancy to consider.”

“If we look at how the presence of tau tangles correlates with cognitive performance, their presence correlates better than amyloid beta. However, it is not a perfect correlation,” he added. “Again, we should keep in mind that we originally thought amyloid-β was important, then we added tau tangles and decided both amyloid and tau tangles are important. Perhaps tau tangles are even more important than amyloid?” he suggested, noting that there are several other proteins in the brain that also form aggregates. For this reason, he said, the mixed-pathology theory is preferred over the amyloid hypothesis.

The proposed poor correlation between amyloid beta protein and cognitive performance brings the premise of the amyloid hypothesis into question. Indeed, the role amyloid beta plays in cognitive performance needs to be examined further. Postmortem examination of the brains of cognitively normal people who lived to be 90 and older have showed amyloid plaques and tau tangles characteristic of AD.14 Referred to as superagers, the amount of neurons found in these patients’ brains compared with the brains of those who died of AD indicates they were protected from the assumed toxicity of the amyloid plaques and destructive nature of the tau tangles.

Despite our growing understanding of AD pathology, finding effective treatments continues to be a major challenge. Whereas some researchers are optimistic that recent discoveries in infectious pathologies may lead to the development of preventive solutions, others opine that the findings still require extensive investigation before any reasonable prediction of a solution can be made. Speaking on AD prevention, A. David Smith, DPhil, MA, FMedSci, professor emeritus of pharmacology at the University of Oxford, told NeurologyLiveTM that “infections should not be allowed to become chronic, particularly herpes and gingivitis. My view is that infection is a rather neglected area of research in AD, like nutrition was a few years ago. The increase in research on nutritional risk factors is leading to methods of preven- tion. I think the infection field is at an early stage and should be supported more strongly in the hope that preventive measures
can be developed.”

Itzhaki added, “We don’t yet know if antiviral treatment would slow or even stop disease progression or if, more speculatively, prior antiviral treatment would delay onset of the disease, but it seems possible. Either consequence would be of enormous benefit to patients and to their caregivers.” In terms of a potential AD vaccine, “If an anti-HSV1 vaccine could be produced, vaccination would stop HSV1 infection or possibly stop the virus from entering the brain,” she said.

For Tanzi, addressing disease prevention means getting ahead of symptoms by nearly a decade. “We’re creating drugs that reduce the amyloid deposition, and we now know they need to be used at least 5 to 10 years before symptoms because it’s too late to treat amyloid in somebody who already has the symptoms. However, we can also catalogue the microbes that are most common in AD brains and see which viruses and bacteria are most commonly trapped by the plaque. In the future, we might consider a primary prevention by trying to actually fight against those microbes or developing drugs to stop these microbes from getting into the brain so that you don’t need to make amyloid,” he said.

Tanzi and colleagues have been focusing their efforts on γ-secre- tase modulators (GSMs),15 small molecules that modulate rather than inhibit gamma-secretase processivity, shifting the profile of the secreted amyloid-β peptides produced from the longer type, which are more prone to plaque formation, to a shorter type.16 Previous iterations of GSIs, such as semagacestat, were discontinued due to adverse effects caused by other gamma-secretase substrates, such as Notch, which are essential for cellular development, as well as the build up of the amyloid precursor protein carboxyl-terminal fragments, toxic fragments that likely cause loss of neuronal function.17 Phase 1 trials of a new class of GSMs, soluble 2-aminothiazole GSMs,16 should be starting later this year, Tanzi said.