At week 26, patients on ABBV-951 had mean increases of 3.24 hours in ON time and decreases of 2.94 hours of OFF time, which was similar to previously reported studies. 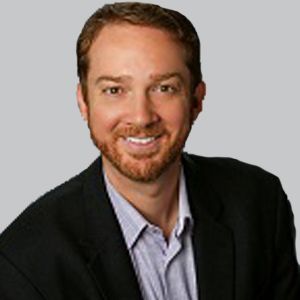 The findings, presented at the 2022 American Academy of Neurology (AAN) Annual Meeting, April 2-7, in Seattle, Washington, highlighted the therapeutic benefit this alternative approach has for this patient population. All in all, ABBV-951 was proven to be well-tolerated, with systemic and skin adverse events (AEs) that were consistent with those of levodopa and other medications with subcutaneous delivery.

Lead author Jason Aldred, MD, FAAN, neurologist, Selkirk Neurology, and colleagues included 223 levodopa-responsive patients (60.1% male; 83.4% white; mean age, 64 years) with a minimum of 2.5 hours of OFF time per day. As of March 30, 2021, the study cut-off, 92.4% (n = 206) of treated patients reported at least 1 treatment-emergent AE, most of which were mild or moderate in severity. The most common AEs—erythema, nodule, cellulitis, and edema at the infusion site—were all resolved spontaneously.

Treatment with ABBV-951 also resulted in several improvements on secondary outcomes, including significant improvements in motor fluctuations as early as week 1. At week 26, these patients also demonstrated a mean increase of 3.24 hours in ON time and a mean of 2.94-hour decrease in OFF time. Additionally, both OFF and ON time with dyskinesia decreased in favor of ON time without dyskinesia. The study investigators wrote that these patients also improved on several other secondary end points, including morning akinesia, sleep, activities of daily living, and quality of life.

ABBV-951, an investigational product, has shown success in other clinical trials, most notably the phase 3 M15-736 study (NCT04380142). This was a double-blind, double-dummy trial that compiled 130 adult participants with advanced PD and split them into 2 treatment arms. In the first arm, participants received the ABBV-951 solution as a continuous infusion under the skin plus oral placebo capsules for levodopa/carbidopa (LD/CD). In the second arm, participants received placebo for ABBV-951 as a continuous subcutaneous infusion plus oral capsules containing LD/CD encapsulated tablets.2

Over the course of a 12-week treatment period, individuals on ABBV-951 demonstrated increases in ON time and decreases in OFF time that were observed as early as the first week and persisted through the end of the study. For context, ABBV-951 increased ON time by 2.72 hours compared to 0.97 hours for those on oral LD/CD. Similar to Aldred et al’s findings, the treatment resulted in a decrease of 2.75 hours in OFF time compared to decreases of 0.96 hours for the oral LD/CD group during the same stretch (P = .0054).

For years, the combination of LD/CD has been the standard of care for symptom management in patients with PD. In January 2015, AbbVie received FDA approval for Duopa, the first and, to date, only treatment providing 16 continuous hours of LD/CD to help control motor fluctuations in advanced PD.3 The enteral suspension is administered using a small, portable infusion pump that delivers CD and LD directly into the small intestine through a tube placed during an outpatient procedure.

"The big difference from a patient perspective is that the drug can be delivered by a small subcutaneous needle that’s a continuous way of delivering levodopa. The need for levodopa comes out of what happens in advanced PD, where patients develop wearing off of their medications," David Standaert, MD, PhD, chair of the Department of Neurology at the University of Alabama at Birmingham, and a consultant for AbbVie, told NeurologyLive® in May 2021. Standaert, who is among the investigators for the phase 3 M15-736 study, asserted that the size of ABBV-951 is another of its advantages.2

"About 50% of patients at 5 years will experience wearing off, and there are ways to treat wearing off with oral medications, but many times we get to the point where you cannot control the wearing off anymore," he added.