On fluorodeoxyglucose PET, pepinemab slowed or reversed decline in metabolic activity in all 26 brain regions observed, with significant benefit found in 15 regions. 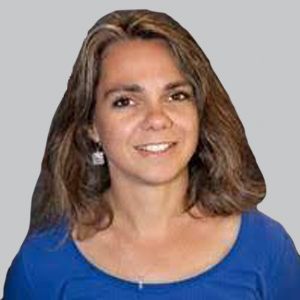 In a subgroup analysis of the phase 2 SIGNAL study (NCT02481674), patients with Huntington disease (HD) treated with pepinemab, (Vaccinex) a novel monoclonal antibody, displayed cognitive benefits after 18 months of treatment. Investigators concluded that these results encourage the continued evaluation of pepinemab in HD and related conditions such as Alzheimer disease (AD).1

The results were presented by lead author Elizabeth Evans, PhD, MS, chief operating officer, Vaccinex, at the 2022 American Academy of Neurology (AAN) Annual Meeting, April 2-7, in Seattle, Washington. Vaccinex previously reported topline findings from SIGNAL in September 2020, noting that despite not reaching its prespecified coprimary end points, the investigational agent had a direct impact on cognitive assessments that reflect changes in planning ability and memory associated with disease progression.2

In Cohort B of this phase 2 study, 179 patients with early manifest HD were randomized 1:1 to either pepinemab or placebo for an 18-month stretch. Investigators used a combination of the HD-Cognitive Assessment Battery (HD-CAB) and Clinical Global Impressions-Change (CGI-C) as the primary end point.

At the conclusion of the analysis, those in a subgroup with Montreal Cognitive Assessment (MoCA) scores less than 26 demonstrated enrichment for treatment-related cognitive benefit. Additionally, pepinemab-treated patients with baseline total functional capacity (TFC) scores of 11 had reduced disease progression on CGI-C relative to placebo (P = .041); however, this was not the case for those with less advanced forms of the disease, indicated by TFC scores of 12-13.1

Both apathy and increases in fluorodeoxyglucose as measured by PET (FDG-PET) were correlated with disease progression and cognitive decline. Evans et al also identified a significant reduction in apathy severity that was related to treatment with pepinemab (P = .0291). Metabolic activity, assessed using FDG-PET, was slowed or reversed in all 26 brain regions examined, with significant benefit in 15 of the 26 (57%; P ≤.05). Treatment with pepinemab also resulted in reduced caudate atrophy (P = .017) and a trend of reduced ventricular expansion (P = .06) on MRI imaging analysis.

In the originally reported analysis of Cohort B, the results of each of the 2 cognitive assessments demonstrated a strong trend for beneficial change on the One Touch Stockings of Cambridge (P = .028) and Practice Transition Accreditation Program (P = .06) tests.2

Previously reported results of Cohort A, which evaluated the safety of pepinemab, met the primary end point. Additionally, those from Cohort A treated with pepinemab (n = 11) demonstrated an increase in FDG-PET in multiple cortical regions of interest relative to placebo, demonstrated by estimated differences of 0.78 (SE, 0.31; 95% CI, 0.11-1.40; P = .025). In addition to increases in FDG-PET, preservation of brain matter, represented by reduced atrophy, and improvements in multiple motor and cognitive assessments were also observed in Cohort A.3

Pepinemab is also being evaluated in several other neurological diseases, including Alzheimer disease, multiple sclerosis (MS) and amyotrophic lateral sclerosis. A second phase 1b/2a trial, SIGNAL-AD (NCT04381468), has been initiated and is planned to enroll 40 patients randomized to either pepinemab or placebo for 48 weeks. Vaccinex has also successfully completed a phase 1 placebo-controlled, single-ascending dose study of pepinemab in 50 adult patients with MS.