The drug is currently approved for the treatment of Parkinson disease-related psychosis, and is also being explored in schizophrenia and major depressive disorder. 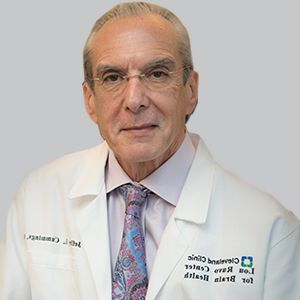 Results of an interim efficacy analysis have led Acadia Pharmaceuticals to halt its phase 3 HARMONY trial of pimavanserin (Nuplazid) after demonstrating a highly statistically significant reduction in relapse in patients with dementia-related psychosis.

The drug, which is currently approved by the FDA for the treatment of Parkinson disease-related psychosis, was granted breakthrough therapy designation for the dementia indication.

The phase 3 HARMONY study (NCT03325556) sought to evaluate the safety and efficacy of pimavanserin for the treatment of hallucinations and delusions in 356 patients aged 50 to 90 years with various subtypes of dementia, including Alzheimer disease, dementia with Lewy bodies, Parkinson disease dementia, vascular dementia, and frontotemporal dementias. Patients were also required to have a Mini Mental State Exam score of ≥6 and ≤24, have psychotic symptoms for at least 2 months, and be on a stable dose of a cholinesterase inhibitor or memantine. Patients with a recent major depressive episode, those who experienced suicidal ideation or behavior within 3 months of study enrollment, and those with a history of cardio or cerebrovascular events, including stroke, congestive heart failure, or myocardial infarction within the 6 to 12 months prior to study enrollment were excluded.

The study consisted of a 12-week, open-lab stabilization period followed by a 26-week double-blind, randomized period. During the double-blind and randomized study period, patients received either a 34 mg or 20 mg daily dose of pimavanserin or placebo.

Time to relapse, defined as a significant worsening of psychosis symptoms after stabilization leading to hospitalization, significant clinical deterioration, study withdrawal, or use of an off-label antipsychotic, was the primary end point. Time from randomization to discontinuation during the double-blind period for any reason was the secondary end point.

“Psychosis adds dramatically to the marked burden that dementia patients already carry and is one of the most challenging-to-manage aspects of the disease for caregivers,” said Jeffrey Cummings, MD, ScD, director emeritus of Cleveland Clinic Lou Ruvo Center for Brain Health in Las Vegas, in a statement. “With no approved treatment options available today for dementia-related psychosis, the pimavanserin study results represent a meaningful advance that will potentially bring us a much needed therapy for this debilitating disease.”

The selective serotonin inverse agonist and antagonist preferentially targeting 5HT2A receptors is also under investigation for major depressive disorder and schizophrenia. In July 2019, Acadia reported disappointing late-stage results in that population, noting that pimavanserin failed to improve psychosis symptoms versus placebo in adults with schizophrenia who have an inadequate response to their current antipsychotic therapy.