Aducanumab's Unlikely Road to the FDA: Is Approval Imminent?

Recent news that the FDA has granted the fastest possible review for Biogen’s Alzheimer disease treatment aducanumab may be indicative of the agency’s increasing confidence in the drug. 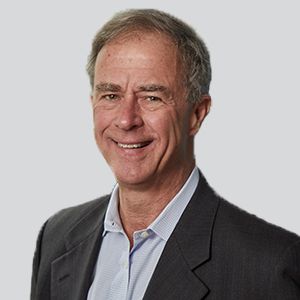 Biogen and its partner Eisai announced on August 7, 2020 that the FDA accepted their biologics license application (BLA) for aducanumab and granted the application priority review. This earlier-than-expected news is very positive and, based on FDA’s receptiveness, I expect a positive outcome.

Biogen’s aducanumab is now in the home stretch, as the FDA expects to decide on its marketing application within 6 months by March 7, 2021.

In a sudden and unexpected turnaround, Biogen announced on October 22, 2019, that earlier conclusions from aducanumab’s interim futility analysis, released in March 2019, were incorrect. Based on the limited data available by the December 2018 “cut-off” date, the interim analysis conducted by Biogen biostatisticians showed a less than 20% chance for the 2 identical phase 3 clinical studies to meet their primary endpoint. Based on these analyses, the external monitoring board recommended in March 2019 that Biogen halt the phase 3 studies in subjects with early Alzheimer disease (AD) for “futility” as it would be inappropriate to continue the studies to completion for both operational and ethical reasons.

However, between December 2018 and March 2019, study subjects continued to be assessed according to the experimental protocol and generated additional, evaluable data. Biogen biostatisticians conducted a final analysis on this larger dataset after the decision to halt the phase 3 studies was made.

Although it is unusual for a final dataset to contradict an earlier interim analysis for futility, this is exactly what occurred; Biogen announced their revised assessment on October 22, 2019. At that time, they stated they had met with the FDA at least twice to review the new analyses and that they planned to submit a marketing BLA for aducanumab in early 2020. At the time, Biogen stated that “after consultation with the FDA, we believe that the totality of these data support a regulatory filing.”

Since October 2019, Biogen has provided additional phase 3 data as well as details around their FDA interactions.

Although all interactions between Biogen and the FDA to date suggest a high level of receptivity by the FDA for the BLA, the FDA will ultimately need to decide whether the application shows adequate safety and “substantial” evidence of effectiveness to win approval. For most diseases and potential therapies, 2 unequivocally positive studies are typically required to satisfy FDA requirements. In the absence of any DMT for AD, the outstanding question is whether the FDA will conclude the current aducanumab dataset of one clearly positive study and 2 supportive studies is sufficient to warrant approval.

The FDA will convene a committee of scientific advisors ahead of the PDUFA date in order to help guide their final decision. Despite aducanumab’s small treatment effect size in the phase 3 studies, leading clinical investigators have concluded that the effects are meaningful for patients and that the adverse effect of amyloid-related imaging abnormalities, namely vasogenic edema, can be effectively managed.

In the absence of any currently approved DMT for AD, it is my view that the FDA will in fact approve the aducanumab application and that aducanumab’s dataset will provide the first benchmark against which subsequent DMTs must demonstrate greater benefit and/or safety.