The request to reverse CMS’s April 2022 decision is based on new data on lecanemab, an antiamyloid therapy from Biogen/Eisai that is currently under FDA review until January 6, 2023. 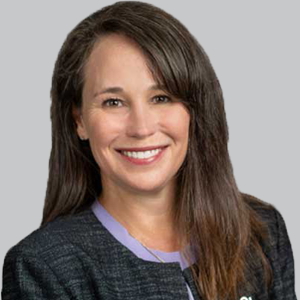 According to an announcement from the Alzheimer’s Association, it has filed a formal request to the Centers for Medicare & Medicaid Services (CMS) to remove the requirements for Coverage with Evidence Development (CED) in its national coverage determination (NCD) for FDA-approved antiamyloid therapies for Alzheimer disease (AD).1-3

In April 2022, CMS published its final decision memo on its national coverage analysis for the class of monoclonal antibodies as treatments of AD, restricting the coverage of these products to 2 scenarios. The first provided coverage for approved agents that show change in surrogate end points in randomized controlled trials conducted under an investigational new drug application, while the second provided coverage in CMS-approved prospective comparative studies. Study data for CMS-approved prospective comparative studies must also be collected in a registry.

In the formal request for reconsideration, the organization wrote, "This coverage policy imposed 2 unprecedented restrictions on patient access. First, the agency had never limited coverage of a drug or biologic when used according to its FDA-approved label. Second, the decision prospectively applied the coverage restrictions to all future FDA-approved drugs within the class, rendering a decision on their coverage without considering any data on their potential clinical benefit."2

The finalization of this coverage framework included evidence available to the agency from up to April 2022. Since then, new clinical data on lecanemab (Eisai/Biogen), a promising investigational antiamyloid agent, has highlighted the positive impacts these therapies can bring. The FDA is set to decide on lecanemab’s approval on January 6, 2023; however, with the current policy there would be significant limitations to beneficiary access for the therapy if approved.

"Each day matters when it comes to slowing the progression of this disease," Joanne Pike, DrPH, president and incoming chief executive officer, Alzheimer’s Association, said in a statement.1 "The current CMS policy to severely limit access to these treatments eliminates people’s options, is resulting in continued irreversible disease progression, and contributes to greater health inequities. That’s not acceptable."

In addition to the formal request, the Alzheimer’s Association also released a statement highlighting the recent data on lecanemab, signed by more than 200 AD researchers and experts.3 Lecanemab, formerly known as BAN2401, was submitted under the accelerated approval pathway—the same pathway that Biogen’s aducanumab (Aduhelm) was approved under in 2021—the application was supported by data from the phase 2b proof-of-concept trial, known as Study 201 (NCT01767311), and supplementary findings from the phase 3 Clarity AD study (NCT03887455).

At the 2022 Clinical Trials on Alzheimer’s Disease (CTAD) conference, held November 29 to December 2, in San Francisco, California, several presenters showcased additional analyses from Clarity AD, including evaluations on biomarkers, safety, and subgroup populations. Above all, the main finding was that treatment with lecanemab resulted in a statistically significant 27% reduction in the primary end point of Clinical Dementia Rating-Sum of Boxes when compared with placebo over an 18-month treatment period (P = .00005).4

This difference in decline translated into a 5.3-month slowing of progression over the course of the 18-month trial even when allowing for time for titration of dosing in the treatment arm. The differences were seen as early as 6 months into treatment, and the effects on the primary and secondary end points widened over the course of the 18 months of treatment. The agent also demonstrated statistically significant changes in secondary end points, including amyloid levels in the brain as measured by PET, the Alzheimer’s Disease Assessment Scale-Cognitive Subscale 14, AD Composite Score, and the AD Cooperative Study-Activities of Daily Living Scale for Mild Cognitive Impairment.

In its formal request, the Alzheimer’s Association also encouraged CMS to release a proposed decision memorandum concurrent with its notice of opening the NCD process. The organization noted the progressive nature of AD, as well as the fact that early access to disease-modifying therapy is crucial, as supporting points. "Processes that may delay coverage decisions by several months can impose significant access delays, resulting in irreversible disease progression for beneficiaries living with Alzheimer disease, and added burdens for their caregivers and loved ones," the organization wrote.2

CMS’s April 2022 NCD relied on data from aducanumab (Aduhelm; Biogen), the only approved monoclonal antibody directed at amyloid for the treatment of AD. Aducanumab’s approval in June 2021 was met with significant controversy, as the formal submission consisted of 2 trials assessing the agent, 1 which met its primary end point and 1 that did not. The FDA still decided to approve the agent under the Accelerated Approval pathway, which required Biogen to conduct post-approval phase 4 studies to confirm the benefit of the drug. In its decision, the agency noted that all the studies suggested that aducanumab "consistently and very convincingly" reduced amyloid plaques in both a dose- and time-dependent fashion.5

Since its approval, gaining coverage for aducanumab has been a challenge for both patients and industry leaders. In June 2022, Biogen terminated its phase 4 ICARE-AD trial of aducanumab as a result of the national policy for coverage, as the expectation was that "there will be limited aducanumab-avwa prescription and usage in routine clinical practice making the study not feasible for enrollment."6 Months prior, the European Medicines Agency announced that Biogen withdrew its application for market authorization of aducanumab for the treatment of AD in Europe, which was in response to the CMS’s decision to finalize NCD on aducanumab and future monoclonal antibodies.7