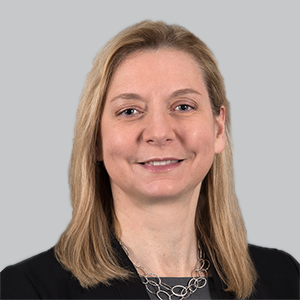 The FDA has approved Biogen's investigational anti-amyloid, disease-modifying agent aducanumab for the treatment of Alzheimer disease, marking it as the first novel approval for the neurodegenerative condition since 2003. The agent has been given the trade name Aduhelm.1

The therapy was approved under the Accelerated Approval pathway, which will require Biogen to conduct post-approval phase 4 studies to confirm the benefit of the drug. The agency noted that in the case that the anticipated clinical benefit is not confirmed, it "has regulatory procedures in place that could lead to removing the drug from the market."

In its decision, the agency noted that the late-stage development program consisted of 2 trials, 1 which met its primary end point and 1 that did not. It noted, however, that in all of the studies in which it was evaluated, data suggested aducanumab "consistently and very convincingly" reduced amyloid plaques in both a dose- and time-dependent fashion. The FDA noted that it anticipates that this reduction will result in a reduction in clinical decline.

"This approval is significant in many ways. Aduhelm is the first novel therapy approved for Alzheimer disease since 2003," Patrizia Cavazzoni, MD, director, FDA Center for Drug Evaluation and Research, said in the agency statement.1 "Perhaps more significantly, Aduhelm is the first treatment directed at the underlying pathophysiology of Alzheimer disease, the presence of amyloid-beta plaques in the brain. The clinical trials for Aduhelm were the first to show that a reduction in these plaques—a hallmark finding in the brain of patients with Alzheimer—is expected to lead to a reduction in the clinical decline of this devastating form of dementia."

"This is a seminal moment in the field," investigator Marwan Sabbagh, MD, director, Cleveland Clinic Lou Ruvo Center for Brain Health, told NeurologyLive. "I was surprised at how polarizing it was—we really had strong opinions for and against—but if you take the pro-patient aspect, and look at this in the context of the fact that many drugs are starting to show similar signals, I think this is a great step forward. People have to understand that contextually, medically speaking, we need the first drug in the class to get the class going forward. Otherwise, there's going to be no progress."

Did the FDA make the right decision approving aducanumab for Alzheimer disease?

Sabbagh noted that while he and colleagues are unsure if aducanumab will be the final drug in this amyloid class, they are sure of the consistency of its clinical signals and that it can remove amyloid very robustly. "I'm overjoyed," he continued. "I cannot tell you how excited I am to actually have a new treatment option for my patients—I've been waiting 2 decades to get it."

The agency’s decision comes after much debate within the medical community as healthcare providers, advocacy organizations, and patients and providers followed along on the winding road that Biogen traveled in its pursuit to develop and evaluate aducanumab. The first twist occurred in March 2019 when Biogen announced that it was discontinuing the 2 phase 3 clinical trials evaluating the anti-amyloid agent—EMERGE (NCT02484547) and ENGAGE (NCT02477800), as well as a phase 2 safety study, EVOLVE (NCT03639987)—which was followed by an October 2019 announcement that the company had reversed course on its decision.2,3 Later that year at the 12th Clinical Trials on Alzheimer’s Disease (CTAD) annual meeting, December 4–7, 2019 in San Diego, California, new data from EMERGE and a post hoc analysis of a subset of patients who received high-dose treatment in ENGAGE were presented, suggesting that there were statistically significant changes in the Clinical Dementia Rating-Sum of Boxes (CDR-SB) scores, with P values of .010 or .031 based on cutoff dates. At that point, Biogen declared its intention to submit the agent to the FDA for review.4

However, the tumultuous journey did not end there. The original biologics license application (BLA) was submitted to the FDA in July 2020, at which time it was accepted for review with a Prescription Drug User Fee Act date of March 7, 2021.5 As such, the data were reviewed by the agency’s Peripheral and Central Nervous System Drugs Advisory Committee in November 2020, who ultimately voted to not recommend regulatory approval.6 Then, in January 2021, the agency extended the review period by 3 months to June 7, 2021, after Biogen submitted additional clinical data and analyses in response to an information request from the FDA.7

“[The data are] contextually driven, in that it's not like the EMERGE data is by itself. It comes built on the shoulders of PRIME, [the phase 1b trial,] and there is clearly a dose-related effect, and it is clearly driven at the highest dose,” Sabbagh told NeurologyLive in November 2020 following the Advisory Committee meeting. “Every time you see the FDA come out with a position statement, it keeps lowering the bar. At the last iteration, a year ago, EMERGE data hit the target of what the FDA has said is the threshold it will consider [for approval]. I think it hits that, so I disagree with the negative voices.”

Sabbagh told NeurologyLive today that there is additional context to keep in mind with aducanumab treatment, in that it was used in addition to background therapy with amantadine, donepezil, or cholinesterase inhibitors. This, he said, speaks to the future of the treatment of Alzheimer, which will likely utilize a combination of therapies targeted at a number of pathologies. "Our future is going to be a 4- or 5- or 6-drug cocktail. The consequence, of course, is that it will slow the rate of decline," he explained.

The agency's Advisory Committee was not alone in its disagreement with today's FDA conclusion. Many physicians have voiced their dissent to approval prior to the decision and since. One such physician, Robert Howard, MD, MRCPsych, Professor of Old Age Psychiatry, Faculty of Brain Sciences, University College London, told NeurologyLive, "We've already had 3000 patients go through the aducanumab clinical trials, and there is a large amount, really, of efficacy data available from those trials that indicate that there isn't efficacy—or not significant efficacy."

"If you set the bar for approving dementia drugs to the point where all you have to do is show that you’ve engaged with a biomarker by reducing amyloid rather than actually having a significant effect on cognition and function decline, that's going to be terribly damaging for the field—and is essentially what they've done," Howard explained. "This decision will now open the floodgate for those who've got drugs that have failed to show efficacy but have engaged with the amyloid marker. Almost all of the anti-amyloid antibodies have shown a reduction in amyloid in the brain, even though, of course, they failed on the clinical outcome measures."

Additionally, the Institute of Clinical and Economic Review (ICER), noted in a statement today that it "believes that the FDA, in approving aducanumab for the treatment of Alzheimer’s disease, has failed in its responsibility to protect patients and families from unproven treatments with known harms." ICER added that "[its] review of the evidence was concordant with that of many independent experts: current evidence is insufficient to demonstrate that aducanumab benefits patients. The avenue forward has seemed clear: another study would be needed to reduce the substantial uncertainty about the drug’s effectiveness, a requirement of even greater priority because of the drug’s common and potentially serious [adverse] effects."8

Cavazzoni noted in her statement that while the FDA acknowledges and thanks the Advisory Committee for its decision, "[aducanumab's] reduction in [amyloid] plaques is reasonably likely to result in clinical benefit. After the Advisory Committee provided its feedback, our review and deliberations continued, and we decided that the evidence presented in the Aduhelm application met the standard for Accelerated Approval."

Principal investigator Stephen Salloway, MD, MS, director, Neurology and the Memory and Aging Program, Butler Hospital, told NeurologyLive in the fall of 2020 that this approval “would just be the beginning; a stepping stone. Rather than the final breakthrough, it would be the first. To quote a colleague of mine, ‘in order to get the best-in-class drug, we must have the first-in-class drug.’ That's how I see this.”

Anton P. Porsteinsson, MD, William B. and Sheila Konar Professor of Psychiatry, Neurology, Neuroscience, and Medicine; director, Alzheimer's Disease Care, Research and Education Program (AD-CARE), University of Rochester School of Medicine and Dentistry; and site investigator in the aducnaumab trials, told NeurologyLive that this was an historic decision for Alzheimer disease. He noted that it has been a "very controversial" topic with those on both sides holding strong opinions, and that he hopes this approval will accelerate drug development in Alzheimer disease, similar to what occurred after the early approvals of agents for multiple sclerosis.

"This drug doesn’t cure [Alzheimer] but effectively removes amyloid from the brain and appears to slow disease progression, which I believe is meaningful for many patients with early symptomatic Alzheimer disease," Porsteinsson said. "Not all patients will qualify for treatment and patient selection should be done carefully and thoughtfully. This drug is given by monthly intravenous infusions and there needs to be comprehensive clinical and MRI monitoring for potential benefit and [adverse] effects."

“Aducanumab is just the first of several Alzheimer drugs that will become available in the next five to 10 years,” Howard Fillit, MD, founding executive director and chief science officer, Alzheimer’s Drug Discovery Foundation (ADDF), said in a statement released by the organization.10 “The robust Alzheimer research pipeline, complemented by a growing number of biomarkers and other important research tools, means that the clinical trials underway today are more rigorous and more promising than ever.”

Earlier this year at the 2021 American Academy of Neurology (AAN) Annual Meeting, April 17-22, Biogen presented the details of the design of a phase 3b redosing trial of aducanumab. The trial, dubbed EMBARK (NCT04241068), is currently enrolling by invitation patients who were actively participating in the clinical trial program when the PRIME, EVOLVE, EMERGE, and ENGAGE studies were terminated early in March 2019.11

EMBARK will be an open-label, single-arm clinical safety study with a 24-month treatment period. It will evaluate the long-term safety and efficacy of aducanumab in participants with AD, who will be titrated to receive 10-mg/kg aducanumab by intravenous infusion every 4 weeks. In total, it will include an 8-week screening period, a 100-week treatment period, and an 18-week safety and follow-up visit after the final dose. The primary end points include the number of participants with AEs; serious AEs; AEs leading to treatment discontinuation or study withdrawal; amyloid-related imaging abnormality-edema (ARIA) or amyloid-related imaging abnormality-hemorrhage or superficial siderosis; and the number of participants with anti-aducanumab antibodies.

"The need for treatments is urgent: right now, more than 6 million Americans are living with Alzheimer disease and this number is expected to grow as the population ages. Alzheimer is the sixth-leading cause of death in the United States," Cavazzoni said in the FDA statement. "Although the Aduhelm data are complicated with respect to its clinical benefits, FDA has determined that there is substantial evidence that Aduhelm reduces amyloid-beta plaques in the brain and that the reduction in these plaques is reasonably likely to predict important benefits to patients. As a result of FDA’s approval of Aduhelm, patients with Alzheimer disease have an important and critical new treatment to help combat this disease."

Sabbagh explained that he has had a long list of patients who have been waiting for this moment, who he said are "ready to go" for infusions in the coming weeks after this news. "Patients are desperate. Imagine having mild cognitive impairment, knowing you have amyloid in your brain, and knowing that one direction you're going to head for is terminal dementia and that there was nothing that we could do until now to prevent that from occurring. How great it is, as a doctor, where this has been my whole career, to say, 'Maybe that's not your inevitable future.' That's what's so exciting about this moment," he said.