Data of amantadine (Gocovri, Adamas) extended-release tablets suggested that the therapy is, in fact, safe and tolerable with a unique pharmacokinetic profile, and results in significant improvements in dyskinesia for patients with Parkinson disease. 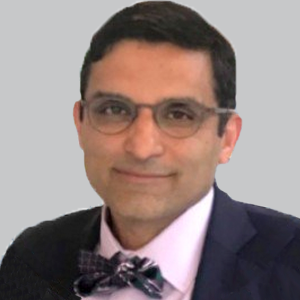 New data, presented at the 2019 International Congress of Parkinson’s Disease and Movement Disorders, in Nice, France, highlighted the impact of amantadine (Gocovri, Adamas) on dyskinesia in patients with Parkinson disease receiving levodopa-based treatment from its post-marketing and development data.1

In 3 of the posters, safety data for the dopamine agonist was presented, including findings through 1 year after its FDA approval. Additionally, combined phase 3 data from 2 trials (NCT02136914 and NCT02274766) showed that the treatment was associated with significantly improved motor skills in 82 patients treated with the extended-release capsules compared to the 87 treated with placebo.

“Adamas’ purpose is to significantly improve the lives of people affected by neurological diseases, and we remain committed to the presentation of GOCOVRI data to provide further information to support robust clinical discussions,” Rajiv Patni, MD, chief medical officer, Adamas, said in a statement. “Our goal is to ensure that neurologists understand how Gocovri may be an option for their Parkinson’s disease patients with dyskinesia on dopaminergic therapies by providing them with a treatment that may increase functional on time by decreasing both dyskinesia and off.”

One of those analyses of amantadine revealed the safety profile of the therapy was consistent, though adverse events (AEs) occurred more frequently in older age groups. Ultimately, these AEs were believed to be in part due to increasingly lower baseline glomerular filtration rates older patients, suggesting that clinicians should be mindful of renal function and overall morbidity and should consider lower dosing options for older patients.2

Other safety presented at MDS of the agent 1-year post commercial launch showed similar AEs, in type and frequency, to what was observed in phase 3 of its development, including hallucination. The data ultimately suggested that dosing at <274 mg at bedtime would be ideal for those who may be at heightened risk for AEs.3

Caroline Tanner, MD, and colleagues noted in that analysis that the link between AE rates, “especially for serious or clinically concerning AEs and age highlights the importance of dose adjustment for patients with age-related renal impairment” as well as pointing to the chance that other factors are contributing to reduced tolerability with age. All told, AE cases were highest in those aged in their 70s (41%) and 60s (31%), with those older than 80 (15%) and 50s and younger (13%) reporting much lower rates. Of course, this aligned with the rates of prescription, with those in their 70s and 60s receiving 39% and 31% of prescriptions, respectively.

Additional analysis of the pharmacokinetic profile of the Adamas product showed that by sustaining concentrations above 1000 ng/mL optimizes the odds of patients experiencing on time without troublesome dyskinesia. Additionally, following recommended doses of amantadine at bedtime resulted in concentration plateaus ≥1000 ng/mL for the majority of the waking day. The data also revealed that dosing at bedtime results in minimized nighttime exposure due to delayed, slow rises in the concentration of medication, resulting in peaks in the morning and maintained levels daily.4

“This post-hoc analysis offers an expanded understanding of metrics of exposure pertinent to the pharmacokinetic profiles of extended-release dosage forms, and helps clarify the rationale for Gocovri bedtime dosing,” lead author Robert A. Hauser, MD, and colleagues wrote. “This unique pharmacokinetic profile may contribute to the pharmacodynamic effects of Gocovri in reducing both dyskinesia and off time.”

As for treatment effect, the therapy was shown to have a treatment effect compared to placebo on motor aspects of daily living, as measured by patient reports. These improvements were seen in freezing (P <.001), tremor (P = .002), eating (P = .016), and getting out of bed/car/deep chair (P = .002). Additionally, the improvements in Unified Parkinson’s Disease Rating Scale (UPDRS) scores were significant, with those treated with amantadine improving their scores from 15.2 at baseline to 11.6 at week 12, for a change of —3.4, compared to a change of –1.4 with placebo (P <.004)5