The Amyloid Theory: Questions Arise Around Possible Research Misconduct and the Validity of Aß as a Therapeutic Target

After an investigative report published in Science called to question years of research around the existence of an amyloid oligomer known as Aß*56, debates about the amyloid hypothesis have been reignited in the Alzheimer community. 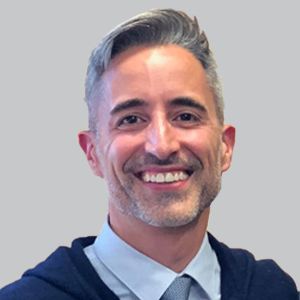 In late July, just days ahead of the Alzheimer’s Association International Conference, the Alzheimer disease (AD) clinical community was lit ablaze with controversy with the publication of a multimonth report from Science bringing to light potentially dubious research practices related to an amyloid-ß (Aß) oligomer that many now claim does not exist, known as Aß*56—the consequences of which could have had downstream effects totaling millions of dollars invested and thousands of hours of research wasted.1

The report details the work of one Sylvain Lesné, PhD, MSCI, an associate professor of neuroscience at University of Minnesota, pointing to a variety of possibly doctored images of Western blots included in a number of fairly influential papers on amyloid-ß and its relationship to AD. The original paper, published in Nature in 2006,2 has been cited more than 2300 times since its publication, placing it among the top 5 most-cited papers in the AD field in that timespan. Notably, since, the National Institutes of Health (NIH) funding granted to studies of amyloid-ß has risen exponentially, which experts told Science was in large part because of the work.

Amid the background of this report on scientific misconduct has been the ongoing legal investigation into Cassava Sciences for its development of simufilam, an investigational agent for the treatment of AD, that the company claims improves cognition. Others have claimed that the company may have included falsified data in its publications.3,4 Additionally, the clinical community has been rife with debate around another Aß targeted treatment, aducanumab (Aduhelm; Biogen), which was polemically granted accelerated approval in June 2021. Prior to and since, many have questioned aducanumab’s efficacy and others have raised concerns about the agent’s safety.5,6

Questions about the validity and the potential of the amyloid hypothesis of AD have been raised for some time, as virtually no success has come out of any therapeutic development efforts related to the Aß theory. Some have suggested it is a dead end altogether, while others have pointed to the complexity of the disease and its multiple pathways as a reflection that Aß is only part of the solution. To keep track of this development as more information continues to be uncovered and the clinical effects of these controversies unfold, NeurologyLive® has compiled this timeline of events.

August 1984: George G. Glenner, MD, et al publish their work in Biochemical and Biophysical Research Communications recognizing that Aß was a major component of the plaques that had been identified many years prior by the discoverer of AD, Alois Alzheimer.7

October 1991: A group of investigators, Chartier-Harlin et al, publish work in Nature suggesting that family-linked AD is related to mutations in the gene for a precursor protein of Aß, helping add to the thinking that Aß buildup could either kick-off or be responsible for a cascade of events leading to the neurodegenerative damage of dementia.8

April 1992: The amyloid cascade hypothesis is introduced by Hardy et al in a publication in Science, suggesting that the plaques accumulate, leading to the formation of neurofibrillary tangles of tau protein, and ultimately causing vascular damage, cell loss, and dementia.9

October 1996: Data published in Science by Hsiao et al suggest that transgenic mice overexpressing the 695-amino acid isoform of human Alzheimer Aß precursor protein began to show cognitive impairment by 9 to 10 months of age after previously showing no signs of such deficits at 3 months of age.10

November 1997: Investigators publish data in Acta Neuropathologica suggesting that Aβ plaques were present in cognitively normal monkeys—and later in human individuals—calling into question whether the burden of such plaques corresponded to dementia and/or cognitive decline.11

2000-2002: Sometime during the latter years of Lesné’s time in the PhD program at the University of Caen Normandy in France, Denis Vivien, PhD, now a professor of cell biology at the university, called attention to questionable immunostaining images from Lesné that others in the lab were unable to reproduce, leading to the withdrawal of a paper that the group had been working on for the Journal of Neuroscience. Vivien then cut professional ties with Lesné, according to 2022 interview with Le Monde.1,12

December 2006: Dennis J. Selkoe, MD, an advocate of the toxic oligomer theory, publishes a work along with Lesné in the Annals of Neurology showing that a small, orally available natural product, scyllo-inositol, could rescue memory impairment produced by soluble Aβ oligomers.13 This work would feature images that would later be reprinted “as if original” according to the Science report, in two following publications from Lesné in 2008 and 2012.14,15

February 2008: Lesné and Ashe publish a critical work in Neuroscience suggesting that reducing oligomer levels corresponds to improved memory in transgenic mice, implicating these oligomers as a possible therapeutic target. The pair wrote at the time that “these observations support the importance of Aß oligomers in memory loss and indicate that, at least initially, amyloid plaques do not impair memory.”16

April 2008: Selkoe et al publish work in the Journal of Neuroscience exploring untreated ex vivo human cerebrospinal fluid, with findings supporting a passive immunization tactic for AD treatment, but without identifying Aß*56. They wrote, “Although it is possible that Aß dimers in human CSF may form larger assemblies such as Aß*56 (molecular weight, ∼56 kDa), which has been found in the brains of APP transgenic mice (Lesné et al., 2006), we failed to detect such species in the human CSF samples by IP/Western blot or SEC/Western blot. It will be important to determine the relationship between these different Aβ species in human CSF and brain samples in future studies.”17

August 2008: Selkoe and colleagues publish work in Nature Medicine showing that in extracted soluable Aß oligomers from the cerebral cortexes of individuals with AD, they were once again unable to identify Aß*56. The group wrote, “Our examination of soluble dimers obtained from AD brain is partially consistent with findings using synthetic or cell-derived Aß oligomers. However, there are unresolved differences regarding the precise biochemical nature of the synaptotoxic species found in these various systems. For example, we did not detect (Fig. 1 and Supp. Fig. 6) a soluble, SDS-stable dodecamer of Aß in human cortical extracts such as the Aß*56 species observed in brain extracts from certain APP transgenic mice.”18

August 2021: Matthew S. Schrag, MD, PhD, an assistant professor of neurology and director of the Cerebral Amyloid Angiopathy Clinic at Vanderbilt University Memory & Alzheimer's Center, was contacted by an attorney of 2 neuroscientists who sought to investigate the data published by Cassava Sciences around simufilam, kicking off the journey that would lead him to findings questionable images in Lesné’s work.1

December 2021: Schrag began to identify posts on PubPeer that pointed to 3 of Lesné’s papers as being questionable, with scientists on the platform flagging these as featuring potential errors or misrepresentations.1

May 2022: Brain posts a correction to a 2013 paper that included Lesné and Ashe, correcting images that included errors in Figure 1, as well as Supplementary Figures 1, 3, and 5.20

June 2022: The Journal of Neuroscience posts an erratum for a 2012 paper from Lesné and others,14 that included identified errors in Figures 1, 1A, 1B, 2B, and 5A that the journal stated were “processed inappropriately.”21

July 2022: Science publishes the report of its 6-month investigation into Schrag’s suspicions, raising a public alarm about the possibility of scientific misconduct by Lesné, utilizing a pair of AD researchers and an image analyst to review Schrag’s independent findings.1

July 2022: Lesné et al’s 2006 article has an editor’s note added to it, stating that “the editors of Nature have been alerted to concerns regarding some of the figures in this paper” and that the journal was investigating those concerns and advising readers to use caution.