The Cassava Sciences agent showed 6-month improvements in both ADAS-Cog and NPI scores, and a phase 3 trial is expected to begin in late 2021. 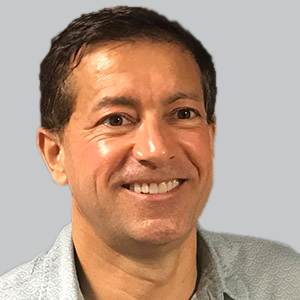 The investigational, oral small molecule treatment for Alzheimer disease (AD), simufilam, has shown in the results of an open-label study to be associated with the improvement of cognition and behavior in individuals with AD without any reported safety issues.

Cassava Sciences, the manufacturer of the agent, announced these findings and noted that in combination with prior clinical trial results, they support the advancement of simufilam into a phase 3 clinical program in AD. That trial is currently expected to begin in the second half of 2021.

Additionally, the FDA concluded a successful end-of-phase 2 meeting for the drug’s development program, the details of which Cassava anticipates announcing after official meeting minutes are finalized. The enrollment target for this current open-label study is planned to be increased by up to 50 additional patients, for a total target of approximately 150 patients, Cassava announced.

“We could not be more pleased with these interim results,” Remi Barbier, chief executive officer and president, Cassava, said in a statement. “We would have been satisfied to show simufilam stabilizes cognition in patients over 6 months. An improvement in cognition and behavior tells us this drug candidate has [the] potential to provide lasting treatment effects for people living with Alzheimer’s disease. It’s an exciting development.”

The study, funded by the National Institutes of Health (NIH), showed that after 6 months of treatment with the altered filamin A (FLNA) restoration agent that cognition scores measured by the Alzheimer's Disease Assessment Scale-Cognitive Subscale (ADAS-Cog) improved by 1.6 points from baseline scores of 15.5, equivalent to a 10% mean improvement. Additionally, dementia-related behavior—including anxiety, delusions, and agitation—improved by 1.3 points from baseline scores of 4.5 on the Neuropsychiatric Inventory (NPI). This improvement equaled a 29% mean improvement at 6 months.

The 1-year, open-label, multi-center study is still ongoing, and seeks to evaluate the long-term safety and tolerability of 100-mg simufilam, administered twice daily to 100 patients with mild-to-moderate AD. It began in March 2020 and is now approximately 80% enrolled, according to Cassava Sciences. “Today’s pre-planned interim analysis summarizes clinical data at the midway point of enrollment, i.e., the first 50 patients who have completed at least 6 months of drug treatment,” the company stated.

Cassava noted that by its nature, the open-label data are limited to an extent, a fact that must be taken into account by comparison to fully completed, large, randomized controlled trials. The company noted that prior clinical research in AD can provide context as a reference for the rates of expected decline in placebo patients, citing Biogen/Eisai’s trial EMERGE (which notably was cut short due to futility, causing much debate about the agent being assessed), as well as Eisai’s phase 3 evaluation of donepezil (Aricept).