AC Immune SA is also developing an optimized formulation being tested in mice and non-human primates. 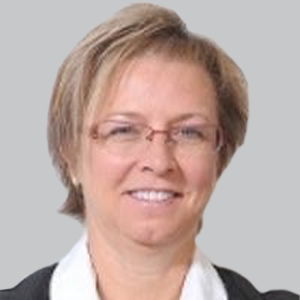 Topline results from phase 1b clinical testing showed promising immunogenicity and safety in people with DS and new non-human primate (NHP) data suggest an optimized formulation of the vaccine. This formulation showed superior efficacy and has broad potential to treat and prevent Aß-driven diseases.

Marie H. Kosco-Vilbois, PhD, chief scientific officer, AC Immune SA, said in a statement that “We are proud to be leading the way towards addressing a key health challenge facing those living with DS, the early development of AD symptoms. Specifically, we are advancing our anti-Aß vaccine, which demonstrated encouraging results in a first-of-its-kind Phase 1b study in people with DS.”

“Importantly, the successful completion of this study demonstrates the feasibility of safely testing our Aß vaccine in individuals with DS. The trial resulted in a very high retention rate with no early withdrawals, at any dose, during the treatment period. We look forward to continuing clinical development in order to potentially offer an effective vaccine strategy to treat, and perhaps ultimately prevent, the development of AD in individuals with DS,” she continued.

Phase 1b Study of ACI-24 in Adults With DS

Full results from the phase 1b study will be presented at the upcoming Alzheimer’s Association International Conference, July 26-30, 2021. The next clinical trial has been delayed due to the high vulnerability of people with DS to COVID-19.

READ MORE: Guidelines Released for Alzheimer- and Stroke-Related Care in Down Syndrome

In the meantime, AC Immune SA has accelerated development of their optimized formulation of the ACI-24 vaccine which has demonstrated encouraging safety and immunogenicity results in mouse and NHP studies. Data suggest that it primes, boosts, and maintains strong anti-Aß antibody responses in 2 NHP species.

AC Immune SA is currently conducting a phase 2 clinical trial of ACI-24 in patients with mild AD in Europe. No safety concerns have arisen over the course of the study and no evidence of CNS inflammation or ARIA related to ACI-24 has been observed. An 18-month interim analysis is planned to present in Q2 2021.2

Andrea Pfeifer, PhD, chief executive officer, AC Immune SA, added to the statement that “there is broad potential for our optimized Aß vaccine formulation across Aß-driven diseases, including DS-related, genetic, and sporadic AD. We plan to complete the current Phase 2 study in mild AD and, in line with our proven business strategy, seek a strategic partner for further development for AD in the general population. This allows us to focus our in-house efforts on advancing our vaccine into later-stage clinical development to address genetically defined AD in people with DS. We look forward to initiating a follow-on clinical trial in DS as soon as the threat to this vulnerable patient population from COVID-19 subsides.”

“In the interim, we are in discussions with the FDA on a potentially accelerated development pathway for the optimized vaccine formulation and expect to file an investigational new drug application for the new formulation in Q4 2021. In parallel, we are encouraged by the recent data from Aßtherapeutic antibodies in AD and expect our optimized vaccine formulation data showing strong responses against pathological oligomeric and pyroglutamate Aßto further support ongoing clinical development in large and NeuroOrphan indications,” she continued.