Phase 1b study results were presented at AAIC 2021, supporting the need for accelerated clinical development of ACI-24 in Alzheimer disease related to DS. 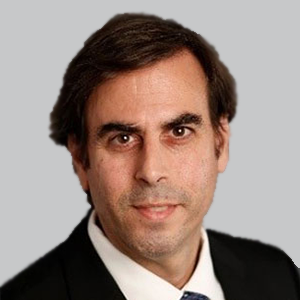 Results from a trial of ACI-24, a liposomal, T-cell independent, anti-beta-amyloid (Aβ) vaccine showed that use was both safe and well-tolerated in adults with Down syndrome (DS). Presented at the 2021 Alzheimer’s Association International Conference (AAIC), July 26-30, Investigators further observed evidence of immunogenicity, as well as positive pharmacodynamic effects, as seen with an increase in plasma Aβ 1-49 and Aβ 1-42 levels, when comparing treatment groups to placebo.

Of the 16 participants included in the study, which is the first clinical phase 1b study in adults with DS, 9 women and 7 men with an average age of 32.9 years were randomized into 2 dose-level cohorts. Investigators saw encouraging immune response that was also correlated with a signal target engagement via increase in plasma Aβ. There were no amyloid-related imaging abnormalities (ARIA) or changes in biomarkers of central nervous system (CNS) inflammation, namely ARIA-E (edema) and ARIA-H (hemorrhage). Those receiving the ACI-24 vaccine in both treatment arms did see an increase in anti-Aβ titers when compared to placebo. Further studies are necessitated to evaluate the effect of the presence of baseline antibodies against Aβ, which investigators found to be variable.1

“Individuals with DS represent a homogenous genetic population that are predisposed to AD, which highlights the value of this landmark Phase 1b study and the innovation in AC Immune’s approach,” presenting author Michael Rafii, MD, PhD, medical director, Alzheimer’s Therapeutic Research Institute, associate professor of neurology, USC Keck School of Medicine, said in a statement.2 “Importantly, the results of this study show a signal of target engagement that correlates with immune response against Aβ and support the continued evaluation of anti-Aβ vaccine approaches in these patients. This may enable a shift towards earlier treatment and ultimately prevention of AD, and would be a critical advance as the damage neurons undergo in neurodegenerative diseases cannot be reversed by currently available therapies.”

Each group had 8 participants, 6 receiving treatment and 2 receiving placebo; treatment cohorts received injections of ACI-24 (300 µg or 1000 µg) over the course of 52 weeks. Subcutaneous injections were given at different timepoints, with the treatment period followed by an additional 52-week safety follow-up period. The randomized, double-blind, placebo-controlled, dose-escalation, phase 1b multicenter study sought to assess the safety and tolerability of the ACI-24 vaccine in adults with DS, aged 25-45 years, further evaluating the effect on serum anti-Aβ antibody titers. Secondary observations included the effects of the vaccine on cognition function, behavior, AD biomarkers, T-cell activation, and brain volumes assessed by MRI.

Investigators saw 100% study treatment compliance, with only 2 participants withdrawing at week 96 due to the COVID-19 pandemic, Rafii said during his presentation. No serious adverse events (AEs) were reported, with no resulting withdrawals due to AEs. Of the AEs reported, most were mild and/or unrelated to ACI-24, investigators concluded.

Another study on the association of the apolipoprotein E (APOE) ɛ4 allele with AD-related DS, found that the APOE ɛ4 allele was associated with earlier clinical and biomarker changes, indicating an increased risk of AD. Published in JAMA Neurology, the study concluded future clinical trials in DS should delve further into the APOE genotype.