The Application of Neurostimulation Devices in Detecting Seizures in Generalized Epilepsy

Mark Richardson, MD, PhD, spoke about the successes of thalamic neuromodulation for patients with generalized epilepsy in his presentation at the 2022 Congress of Neurological Surgeons. 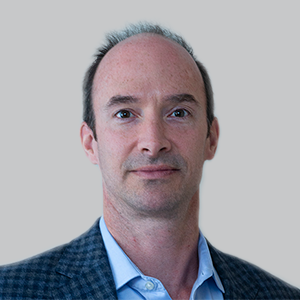 Deep brain stimulation has advanced clinical neuroscience, offering the ability to differentiate specific brain functions.1 DBS has been able to target the brain with its mechanisms and produce therapeutic effects, although these effects are not completely understood yet within movement disorders. Ongoing research is aiming to improve efficacy as well as reduce any adverse events with clinical brain stimulation for patients with generalized epilepsy.

One of the few treatments available for patients with generalized epilepsy is closed-loop brain stimulation, which is the only such FDA-approved closed-loop responsive neurostimulation (RNS) therapy.2 This treatment is becoming a critical part of clinical trials because of its efficacy and potential for giving patients personalized therapy, despite a limited depth of understanding of the program’s detection and stimulation effects.

At the 2022 Congress of Neurological Surgeons (CNS) annual meeting, October 8-12, San Francisco, California, Mark Richardson, MD, PhD, director of functional neurosurgery, Mass General Neurosurgery, presented on thalamic neuromodulation in epilepsy. Richardson sat down with NeurologyLive® and spoke about the findings he presented at CNS 2022 and what it could mean for patients with epilepsy. He also mentioned that there will be a clinical trial sponsored by the company with a large number of patients to test the ability of the treatment to work in patients with generalized epilepsy.

NeurologyLive®: What was the research you conducted that you presented at CNS 2022?

Mark Richardson, MD, PhD: We were the first group to start using a device called responsive neurostimulation therapy in patients with idiopathic generalized epilepsy, a type of epilepsy where the seizures don't just start in 1 specific spot. It starts simultaneously in a lot of areas throughout the brain, including the thalamus. The responsive neurostimulation device, or RNS, is an implanted closed-loop brain stimulation system. It's always on and recording and detecting seizures, and then stimulating to try to stop seizures once they're detected. The device was designed to be implanted at the seizure focus for patients with focal epilepsy. But we've had a lot of success in implanting the device in the thalamus to detect seizures at the network level in patients with generalized epilepsy. The presentation described our approach to using RNS in that epilepsy population.

Can you speak more about the results that you reported, was there anything surprising?

One thing that's been reassuring and encouraging is the fact that all of the patients we've implanted so far have been responders. [This is] a group of patients with epilepsy, many of whom are refractive to medical management. This is a surgical therapy only used when patients have failed medication. But there are more than half a million people in the United States who have generalized epilepsy [for whom] medication does not work to stop their seizures. We can reduce seizures by 50% to 75%, in some cases 90%, in terms of their severity and frequency, and it's still early on. We're trying to figure out the best way to target the thalamus in which patients may respond more quickly or be most likely to respond.

Can you go more into how this affects the field of neurology and what this can mean for patients with epilepsy?

For patients with generalized epilepsy, at least one-third of those will not have their seizures while controlled with medicine. Previously, neurologists have had their hands tied at that stage where a patient might go on off-label use of the vagal nerve stimulator, which is an indirect way to affect brain activity, and that can work in some patients. But there's no FDA-approved surgery. In the RNS System, we think, for generalized epilepsy because it's a device that is recording all the time, you can look at not only how seizures change in response to the device delivering therapy, but [also] how brain activity changes as medications are changed. It gives the patient a good readout on when they may be most likely to have a seizure and a window into their brain activity that the neurologist can see by logging into a patient data management system.

The patient can also mark the recordings. This is all implanted in the head, on the skull. They have a device they can use to just mark the recordings and say they had a seizure. Neurologists can go back and look and see make sure it was recorded on the device, and it's very useful to see the trends of captured seizure activity decline over time. I think there's a really important way for neurologists to improve their interaction with the patients, a really new era for physician-patient relationships. You’re looking at a patient's own brain data, and it seems to be quite effective, and may be specific to how generalized epilepsy involves the thalamus and the origin of the seizures. This is a network-type epilepsy, where you can think of the thalamus as an important focus or hub, and the network that generates seizure activity. We're quite hopeful that over time, we'll be able to determine which patients are most likely to benefit from this therapy, and also to speed up the time to efficacy across the board.

Do you have any recommendations or thoughts on where to go from here in conducting more research in this field?

We know how that's going to go. The data presented to the Congress of Neurologic Surgeons covered data from 4 patients—that's still that's a small number of patients, but it's the largest case series to date. Other centers have published some case reports, and there's anecdotally increasing use, significant numbers of patients being implanted with RNS in the thalamus for generalized epilepsy. Based on that momentum, the company that makes the device, called NeuroPace, initiated a pivotal clinical trial that will involve over 40 sites, and that will basically give us the answer about whether or not this is going to work in large number of patients.