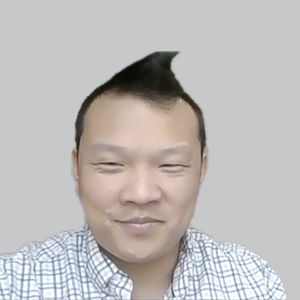 Telestroke consultations can accurately differentiate between acute ischemic stroke (AIS) and stroke mimics, with the potential to assess a wider variety of neurological syndromes, according to a recent study presented virtually by Jason Poon, MD, neurologist, University of Utah, at the 2021 American Academy of Neurology (AAN) Annual Meeting, April 17-22.

Jason Poon, MD: There are several advantages from different standpoints. From the standpoint of the patient, there are several areas in the US and throughout the world that do not have immediate in-person access to a vascular neurologist. And so being able to have a vascular neurology consultation would not otherwise be possible for a large majority, geographically, of the US. So, from the standpoint of the patient, it gives them access to a vascular neurologist in the scenario of a stroke consult. But from a management standpoint, it also has been shown to improve adherence to stroke protocols, as well as better utilization of intravenous tissue plasminogen activator (IV-tPA), as well as more appropriate and quicker referrals to higher centers that allow for mechanical thrombectomy.

What was the motivation for conducting this study?

So, the purpose of this study was to try to understand how accurate telestroke is in making the diagnosis of stroke mimic as well as stroke, and the ultimate end goal of that was to be able to say that teleneurology had appropriate accuracy for the management of patients, whether it be in the inpatient or outpatient setting. That's a very big jump between those 2 statements but is in the natural progression of that line of research. So, I think that we're at the beginnings of being able to make that statement, and hopefully that will be the future.

Is there further research you'd like to do with teleneurology?

The next step in that line of logic would be trying to parse out the accuracy for particular diagnoses. In telestroke, mimics can be a very big part of the whole telestroke consultation pool, as much as 50%. So, you could have a broad spectrum of possible diagnoses but being able to parse out each one and figuring out how good are we at diagnosing first relapse of multiple sclerosis, for example, or Todd paresis, would be the next step. Telestroke was where we started because it was a well-established system. But now we have a lot more data for this, potentially, and our next move would be to go into the outpatient world where we don't have as much immediate testing and compare our abilities to make diagnoses in the outpatient world where things are less acute.

Is there anything else you'd like physicians to know about the study or teleneurology’s potential?

Yeah, absolutely. This project was conceived before the pandemic, and then we accelerated into the pandemic, and it became significantly more pertinent at that time. [Last year] became a very big year for tele-anything. And one of the things that physicians should know is that we are at the beginning phases of trying to understand our diagnostic accuracy and some other quality measures with regards to teleneurology as well as telestroke. But there is some evidence that we are at least as accurate in the telestroke world at diagnosing things other than stroke. More research needs to be done, but the initial data is promising.