Is Beer to Blame for This Man’s Dizziness and Blurred Vision?

Does the clinical picture point to a reaction to alcohol? A food allergy? What do you suspect is the likely culprit? 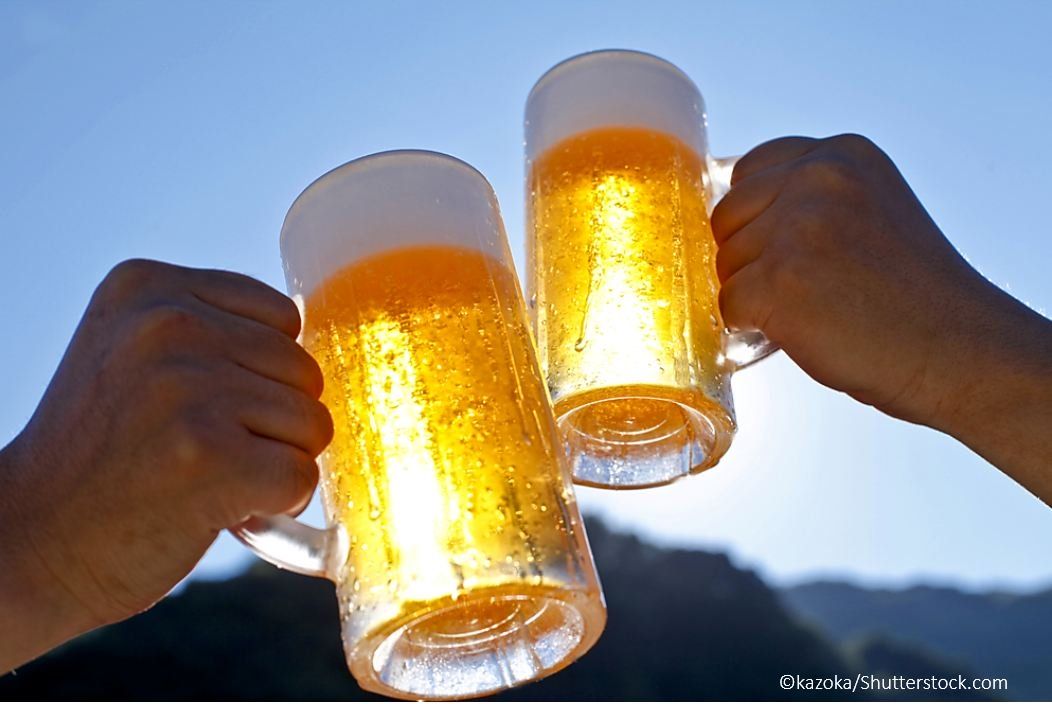 After drinking a few beers at a social gathering, a 42-year-old man suddenly experiences blurred vision, dizziness, and difficulty in concentrating. His symptoms worsen over 2 hours. Because he is unable to drive, his wife takes him to the emergency department (ED).

The man explains that he had worked a long day before going to the gathering and had not eaten all day. On arrival at his friend’s home, he was offered a beer, which he drank before eating any food. He then started to drink his second beer as he began snacking on appetizers. He and his wife say that he drinks socially about once per month or less and has never had a negative reaction to alcohol before. They are both concerned that he could be having a reaction to drinking on an empty stomach.

The patient is otherwise healthy. His father has well-controlled hypertension, but he has a history of normal blood pressure.

The patient is lethargic and anxious; however, he is cooperative and oriented. His skin appears normal. No tremors or involuntary movements are noted.

Pulses are normal, blood pressure is 125/70 mm Hg, heart rate is 102 beats/min, and rhythm is regular without any murmurs. Respiration rate is 20 breaths/min, and breathing sounds are normal. Temperature is 38.1°C (100.6°F). Results of an abdominal examination are normal.

The patient has dilated pupils bilaterally. Both pupils have a sluggish reaction to light. His extraocular movements are full, and he does not have nystagmus. No eyelid drooping, facial weakness, facial asymmetry, slurred speech, or aphasia is noted.

His reflexes are normal in all four extremities, and his toes are down going. His strength is 5/5 in all four extremities, although he is not able to sustain persistent effort, which he explains is due to his fatigue. His sensations to light touch, pinprick, position, temperature, and vibration are normal. He is able to do finger to nose testing and rapid alternating movements with slightly impaired accuracy. His gait is normal. When he attempts to walk heel to toe, he becomes worried about his balance and leans into the bed.

An urgent brain CT scan is ordered to rule out a neurological emergency such as a ruptured brain aneurysm. Results of the scan are normal.

The patient is initially unable to produce urine; however, after he receives intravenous (IV) fluids for about an hour, he is able to urinate. His urine test does not show any drugs or other abnormalities (no glucose, proteins, or indications of kidney disease or dehydration). His condition gradually resolves over the next 2 hours without any intervention beyond the IV fluids.

One of the patient’s friends who had been at the gathering visits him in the ED and mentions that the patient had been eating a large amount of one of the appetizers, lupine beans, and suggests that this reaction could be a food allergy. The friend and the patient’s wife searched online for information about the food allergy and found that lupine beans can cause anticholinergic toxicity.

He experienced the effects of anticholinergic overstimulation, which can include dilated pupils (blurred vision), gastrointestinal dysfunction (nausea), fever, urinary retention, and tachycardia. Blurred vision and tachycardia can both cause dizziness. In addition to the symptoms experienced by this man, patients can have a dry mouth.1 The cardiac and respiratory effects range from mild to severe. Symptoms usually resolve without intervention and rarely require treatment with physostigmine (a reversible cholinesterase inhibitor) or respiratory support.

After he recovered, the patient asked his host about the lupine beans. The host explained that he had picked up the beans from a new ethnic store nearby but was unfamiliar with the preparation methods. Lupine beans need to be cleaned and rinsed thoroughly, as the surface contains a toxic component, sparteine, a compound that can produce an anticholinergic effect.2 The patient’s lack of food throughout the day and his alcohol consumption may have made him feel more nauseated and dizzier, but it would not produce the tachycardia, pupillary dilation, low-grade fever, or urinary retention.

There were some confusing points in his examination, such as the inability to produce urine, which initially could be explained as dehydration, especially because he was able to produce urine after receiving IV fluids. However, this improvement probably results from the toxicity wearing off and not from the IV fluids. His vital signs were nearly normal and did not show effects of severe anticholinergic toxicity that could be treated with physostigmine. His almost normal and symmetric neurological examination suggested a systemic, rather than a focal etiology for his symptoms, but the abrupt onset of his symptoms justified the urgent brain CT scan, which was done to rule out a focal lesion.

• Reactions to food do not have to be allergic reactions

• Even in the context of alcohol consumption, it is important to consider other causes of unusual neurological symptoms