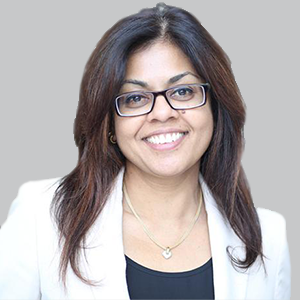 Biogen, the developer of aducanumab (Aduhelm) 100-mg/mL injection, a monoclonal antibody (mAb) for the intravenous treatment of Alzheimer disease (AD), has issued a statement in response to the proposed national coverage determination (NCD) from the Centers for Medicare & Medicaid Services (CMS), which states that the government’s health insurance program would only cover the administration of the medication for patients who are partaking in CMS-approved randomized control trials that satisfy its criteria, as well as those in trials supported by the National Institutes of Health.1,2

The proposed insurance program was published by CMS in a decision memo in January 2022, with Biogen responding with a 31-page comment in February, asserting that patients with AD should have immediate access to treatments that have been FDA-approved. Additionally, the company stated that questions raised by CMS pertaining to this class of treatments may be more appropriately addressed through data from “real-world use.”

In a letter addressed to Tamara Syrek Jensen, JD, director, Coverage and Analysis Group, Center for Clinical Standard and Quality, CMS, Biogen proposed a 3-pronged approach to generate real-word evidence, including a focused registry, a novel AD Clinical Data Research Network, and prospective studies of Medicare claims to better understand patterns of use. According to Biogen, the plan provides for patient choice in accessing FDA-approved medications, stating that patients may otherwise be confined to randomized controlled trials where they may receive placebo or limited by coverage with evidence development policies.1

“We remain steadfast in our commitment to patient choice and urge CMS to provide coverage for FDA approved treatments,” Maha Radhakrishnan, MD, chief medical officer, Biogen, said in a statement provided to NeurologyLive®. “Biogen is committed to generating data from real world usage and with coverage, Alzheimer’s disease patients will be able seek treatment instead of being restricted to enrolling in randomized controlled trials where they may receive a placebo or be limited by other coverage criteria.”

The 100 mg/mL IV injection was approved for use in AD in June 2021 with the accelerated pathway based on biomarker data. The controversial approval has continued to be a topic of discussion pertaining to its potential efficacy as well as associated costs.3,4

As it stands, the final NCD is anticipated to be approved in April 2022. The proposed program was authored by a group including Joseph Chin, MD, MS, deputy director, Coverage and Analysis Group, and 6 others. As it pertained to the clinical evidence of the mAb class, investigators concluded that “to date, no trial of an antiamyloidmAb has confidently demonstrated a clinically meaningful improvement in health outcomes (ie, cognition and function) for AD patients. Thus, there is insufficient evidence to conclude that the use of monoclonal antibodies directed against amyloid is reasonable and necessary for the treatment of Alzheimer’s disease under §1862(a)(1)(A) of the Social Security Act.” As it pertains to aducanumab specifically, the group wrote that the “available evidence is insufficient to establish that the treatment is reasonable and necessary under section 1862(a)(1)(A) of the Social Security Act.”2

Chin and colleagues acknowledged that in the EMERGE trial (NCT02484547), there was a demonstration of “statistical significance of a primary health outcome in a post-hoc, secondary analysis of data for patients receiving high-dose aducanumab,” but noted that critical questions about the reliability of those results are lingering. “Our conclusion is that Biogen’s secondary analysis cannot overturn, definitively confirm, or substitute for, the RCT evidence,” they wrote.

Also in January 2022, Biogen and Eisai announced additional details for the phase 3 post-marketing confirmatory ENVISION study of aducanumab, including a more diverse study population and the primary end point, which will measure patients’ cognitive decline on the Clinical Dementia Rating-Sum of Boxes (CDR-SB) 18 months are treatment initiation.5

The study anticipates Black/African American and Latinx patients with AD to comprise 18% of the study population. The effort is in tandem with efforts to overcome barriers to enrollment in AD trials for these populations, including access to medical centers, familiarity with the risks and benefits of treatment, and financial or logistical burdens.

Additionally, the target enrollment numbers for the ENVISION trial have also been increased from 1300 to 1500, including patients with AD (defined as mild cognitive impairment due to AD and mild AD), with confirmation of amyloid-ß pathology, which the companies expect to strengthen the data provided by the study. The trial is scheduled to commence patient screening in May 2022, with an anticipated completion date 4 years after the study begins.