In previous phase 1 settings, CY6463 has demonstrated an impact on biomarkers relevant to neurodegeneration and cognitive impairment. 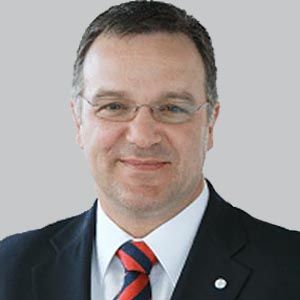 Approximately 30 participants with a confirmed AD pathology will be randomized to either oral once-daily CY6463 or placebo over a 12-week dosing period. Investigators will assess safety, tolerability, and pharmacokinetics, as well as explore the agent’s impact on various disease-relevant pharmacodynamic biomarkers and cognitive performance.

"The need for effective new treatments for Alzheimer disease is immense, and, given the aging population demographics and increasing rate of diagnosis, this need will continue to expand. We believe that CY6463 has potential to provide meaningful cognitive benefits and are very pleased to have initiated this important clinical study,” Andreas Busch, PhD, chief scientific officer, Cyclerion, said in a statement.1

As a soluble guanylate cyclase (sGC) stimulator, CY6463 can cross the blood-brain barrier and boost the activity of the nitric oxide-sGC-cyclic guanylate monophosphate (NO-sGC-cGMP) pathway. It has been previously reported that this signaling pathway may be crucial to aspects of brain health, including in the control of the blood flow in the brain, how brain cells use energy, and how those cells communicate with one other.

Patients included in the study must be 65 years of age or older, have Mini-Mental State Examination score of 20-26, and have at least 2 cardiovascular risk factors. Additionally, eligible patients have had findings of mild-to-moderate subcortical small-vessel disease on MRI scan and have not changed their concomitant or chronic medications for at least 4 weeks prior to receiving CY6463.

"Our CY6463 ADv development efforts are supported by preclinical data which demonstrate beneficial effects on cognition measures and the neuronal and microglia cellular activity thought to have a central role in the pathology and the cognitive dysfunction experienced by individuals living with ADv,” Busch added.1 "Furthermore, a Phase 1 study in elderly subjects demonstrated an impact on biomarkers relevant to neurodegeneration and cognitive impairment."

In preclinical models, CY6463 demonstrated to be a potent stimulator of sGC. Findings of the investigational agent were in agreement with the known effects of sGC stimulation in the vasculature, eliciting decreases in blood pressure among both rats and mice. Relative to a non-CNS penetrant sGC stimulator, rodents treated with CY6463 had higher cGMP levels in the cerebrospinal fluid (CSF), functional-MRI-blood-oxygen-level-dependent (fMRI-BOLD) signals, and cortical electroencephalographic gamma-band oscillatory power. Additionally, the therapeutic improved cognitive performance in a model of cognitive disruption induced by the administration of a noncompetitive N-methyl-D-aspartate (NMDA) receptor antagonist.2

Findings from a phase 1 translational pharmacology study were incorporated into the design of the phase 2 study. A total of 24 healthy elderly volunteers aged 65 and older received the drug once daily across 2, 15-day dosing periods, each separated by a 27-day washout. At the conclusion of the study, treatment with CY6463 resulted in blood brain-barrier penetration, desired CNS exposure levels, and engagement of the targeted NO-signaling pathway. Pathway target engagement was further confirmed through monitoring blood pressure and CSF cGMP levels.3

Additional data showed an impact on certain neurophysiological and objective performance measures known to be affected by aging and neurodegenerative disease with cognitive impairment. Specifically, CY6463 had a positive impact on posterior alpha power, with a significant increase from baseline to day 15 that was relative to placebo (P <.02). Patients also demonstrated improvements in the N200 auditory event-related potential, a measure associated with stimulus identification and distinction. Latency was found to be significantly shower (P = .02) with CY6463 at day 14 compared to untreated subjects (P = .02).

Busch continued, "The ongoing phase 2a study will focus on a segment of the Alzheimer’s disease population where we believe our therapeutic candidate has the best opportunity to provide a clinical benefit. We expect this trial to deliver a rich dataset that will deepen our understanding of the therapeutic potential of CY6463 and will enable well-informed decisions regarding further development."1