Earlier AD diagnosis with the AlzoSure assay could potentially make it feasible to initiate disease-modifying therapies much earlier in the disease process. 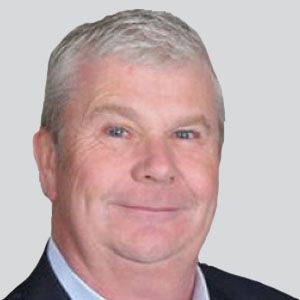 Diadem recently announced the publication of 3 new studies that support the utility of its biomarker assay, known as AlzoSure Predict, to identify individuals with high risk of Alzheimer disease (AD) up to 6 years prior to symptom onset.1

Of the 3 studies published, 2 confirm the accuracy of the conformational variant of the p53 protein (U-p53AZ)-based assay, known as AlzoSure Predict, as a prognostic test for AD, and the third focused on the pleiotropic role of p53 in functional/dysfunctional neurons. Researchers looked at this biomarker and described its role within the pathogenesis of AD, and how its role in disease progression makes it useful as a biomarker to identify patients whose neurons are already under attack.

The AlzoSure assay was developed as a simple, non-invasive plasma-based biomarker to accurately predict the probability a patient with asymptomatic mild cognitive impairment (MCI) will progress to AD dementia using an analytical method. This method includes a proprietary antibody designed to bind to U-p53AZ and target sequences developed by Diadem.

"The simplicity and affordability of our blood-based biomarker test mean that it will be available to individuals in primary care settings, which will make widespread screening feasible. This is turn will help spur the development of new drugs for AD, which now will be able to be widely administered early in the disease process, when the chances for slowing and stopping the cognitive ravages of AD are the greatest,” Paul Kinnon, chief executive officer, Diadem, said in a statement.

The first study, published in Alzheimer’s Research & Therapy, reviewed the role of the p53 protein in the development of AD. Led by Giulia Abate, PhD, department of molecular and translational medicine, University of Brescia, the study found that p53 may underlie various compensation or defense mechanisms that prevent neurons from degeneration.2

These mechanisms include maintenance of redox homeostasis, regulation of inflammation, control of synaptic function, reduction of amyloid ß peptides, and inhibition of neuronal cell cycle re-entry. Abate and colleagues concluded that a dysregulation of p53-dependant compensation mechanisms may contribute to neuronal dysfunction, thus leading to neurodegeneration.

They also noted that the conformational misfolded variant of p53 was observed inn peripheral cells from patients with MCI and AD. While they noted that they do expect the unfolded p53 to be present in the brain of patients with dementia, this has yet to be confirmed.

The second publication, reports on a study from the University of Brescia, also headed by Abate, that assessed the AlzoSure test and measured the U-p53AZ as a biomarker to identify individuals at high risk for the early onset of AD. The researchers pointed out that while U-p53AZ is a relatively unknown component of AD, it has previously demonstrated the features needed for a credible biomarker of biological processes involved in the development of AD.3

Using a longitudinal study that included 375 subjects, results showed that U-p53AZ plasma levels correlated with the clinical evolution of the disease and demonstrated high accuracy in discriminating individuals who converted to AD versus non-converters. All told, there was an 86.7% agreement with clinical diagnosis, as well as accurately diagnosed classified patients with MCI who will develop AD (area under curve [AUC] = 0.92).

Notably, a machine learning approach to predict AD risk was also developed that combined measurements of U-p53AZ plasma levels with a standardized test for cognitive impairment and levels of apolipoprotein (APOE).

The third publication was released as a preprint and reports on another early longitudinal study of the AlzoSure prognostic assay. The performance of the assay was tested in different sets of individuals progressing from both patients who are cognitive unimpaired (CU) and those with MCI progressing to AD dementia.4

A total of 107 plasma samples from patients with known clinical outcomes at follow-up visits after 18 and 36 months were reported. The research demonstrated that U-p53AZ successfully predicted MCI progression to AD at least 36 months earlier, and in a cognitively unimpaired subject, and did so in at least 6 years before symptoms became apparent.

An AUC equal or greater than 90% in the quantitative analysis of U-p53AZ confirmed the peptides diagnostic ability to predict AD progression. Altogether, the authors concluded that the results support the implementation of U-p53AZ biomarker as an affordable and powerful prognostic tool for the early, non-invasive diagnosis of AD in individuals with no symptoms or with early symptoms of cognitive impairment.

"Together, these studies highlight why we are so excited about the potential of AlzoSure to have a major impact on this devastating disease,” Kinnon added, in a statement. Diadem also noted it has multiple clinical studies involving the assay that are currently underway, as well as a planned global launch later this year.