Preclinical studies have shown that the homeoprotein hEN1 is essential for the survival and maintenance of spinal cord alpha motor neurons that innervates muscles throughout the body. 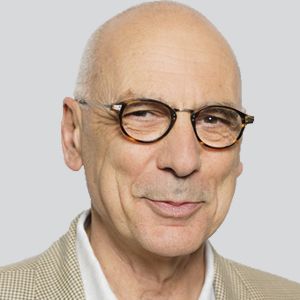 The product is expected to be initiated into clinical trials with patients with ALS in the second half of 2021, subject to preclinical toxicity results and regulatory review. Preclinical studies have demonstrated that the homeoprotein EN1 plays a role in the survival and maintenance of motor neuron-alpha spinal cells that innervate skeletal muscles.

During development, homeoprotein intercellular transfer influences cell migration and axon guidance whereas, at post-natal and adult periods, it controls cerebral cortex neuronal network plasticity. The company noted that these homeoproteins can also boost mitochondrial metabolism, participate in the maintenance of physiological epigenic marks, and limit the formulation of DNA breaks—a hallmark of aging.2

Neurodegeneration has been well-linked to aging, even when of genetic origin, and results in neuronal death and the loss of essential brain functions such as memory, sensory or motor transmission and adapted social behavior.

Another unique aspect about the homeoproteins is their ability to penetrate cells, with privileged access to cytoplasmic and nuclear compartments. Therefore, they do not require any transportation system to reach the target cells, nor do they require an expression viral vector.

BrainEver was founded in 2016 by Prochiantz and Bernard Gilly, PhD, to further confirm and develop treatments based on the use of homeoprotein. The company has been dedicated to other neurodegenerative disorders such as Parkinson disease (PD) and glaucoma.

Prochiatz and his colleagues have published a number of publications regarding the homeoprotein EN1. In 2015, he and Ariel Di Nardo, PhD, research scientist, College de France, released an abstract describing homeoprotein non-cell-autonomous mechanisms and explored how the “novel” signaling pathway impacts emerging research in brain development and physiology. The 2 authors also explored hypotheses on the evolution of signaling, the role of homeoproteins as early morphogens, and their therapeutic potential for neurological and psychiatric diseases.3

More recently, Prochiatz served as a senior author on a mice model study that found EN1 to promote motoneuron survival and motor functions. The autophagy gene p62, which was found to network with EN1 and ALS genes, was mis-regulated in EN1 heterozygote mice a-motoneurons and was rescued following EN1 injection. Those results identified EN1 as an a-motoneuron trophic factor with long-lasting protective activity.4